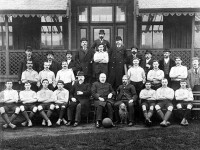 The Liverpool Football Club has a long history that goes back to 1892. Let’s go back in time and see just how the football club began. 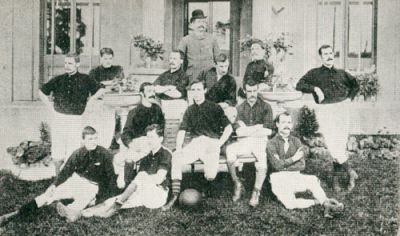 The English football league was initially formed in 1888. In September of that year, Anfield had its first football game in its history. The home team was not in their red uniforms that you see today. A blue and white striped uniform was worn.

This was the beginning of a new name in the football world – Anfield.

The man who owned the Anfield ground was John Houlding. He was a local pub owner who served on the council, and later he became the Mayor of Liverpool. 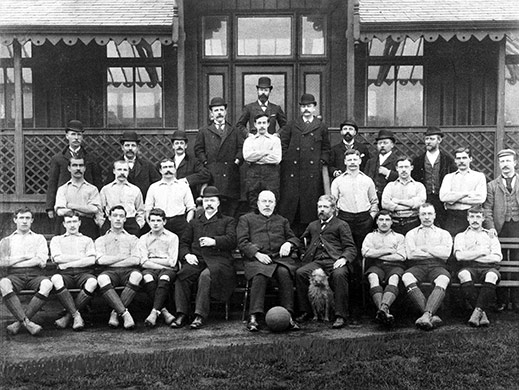 The football club had good and bad times. They continued to use Anfield for their games, and they had grown to develop a fan base all over the world. They have fans all the way from England to Scandinavia and Asia.

Fans all over the world were heard chanting “YNWA.” This was due to a phrase that motivated them during the football years. It meant “You’ll Never Walk Alone.”

The song was played at all the games and when it finally stopped, the fans kept the tradition by singing it themselves.

Liverpool has been one of the top teams throughout their history, and they held the most Titles in the English game with 18. In the past few years, this team has fought hard maintain those titles and earn a few more. They face some tough competition with Manchester United.

Although Liverpool still maintains the most titles, it is a tough battle year after year with Manchester United. Because of their history, they have always been known to be a part of the “Big Four,” but the last few seasons have not been so good in holding them to that name.

At the end of the 2009-2010 season, they were way outside the qualifying spots for the Champions League. 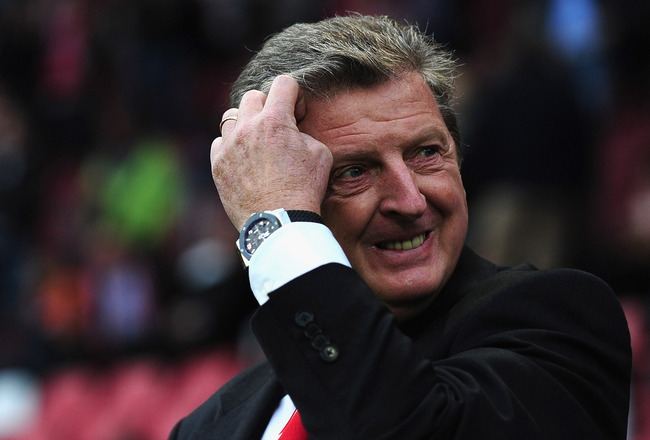 In July of 2010, a new manager was appointed to the Liverpool team. Roy Hodgson signed a three year contract. He was honored to take the job as manager of the team. The 2010-2011 season got off to a tough start for the team. Injuries were many on the team, the team had to learn the new coach, and there was a big feeling of dissent inside the locker room. The team was embarrassed when they lost to Blackpool. This was a huge disappointment to the team and the fans.

The fans began to turn on Hodgson. Later, the Liverpool fans came back around. None of the past mattered at all to the ever loyal Liverpool fans. The fans follow this team. The fans have all the faith in the world that Liverpool will continue to get better and work hard throughout the season. They feel another European Cup will be one to call their own again.

When the season ended in poor form and Liverpool ended up taking 12th place for the Premier League, Roy Hodgson packed it up and left Liverpool. It was a mutual agreement that allowed Kenny Dalglish to come back and step in as acting manager until the season was over.

The Liverpool team is dedicated to working hard, and the Liverpool fans will always be committed to their team as they strive to battle to be the best! If you haven’t made it to a game yet, even if it is across the pond, trust me - it’s totally worth the airfare, travel insurance & high exchange rate to see one (or a few, if you can afford it).

I save up enough to catch a match about every two years, and because of that, I really can’t afford to go much place else.

But still, with the people, the accents, the scenery, the history & the architecture, I could spend a decade in England, rather than the 10 days I usually manage. So anyway, if you haven’t made it there yet, go for it now!!

Author Jason Harter is a sports manager for several small football, or soccer teams, and obtained his online masters in sports management. 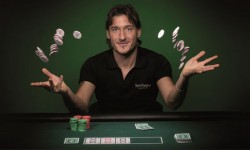 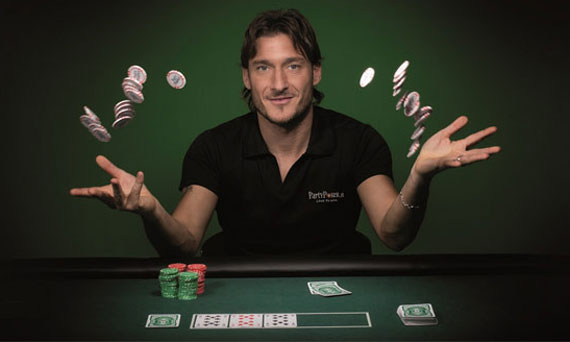 Anyone who plays some kind of sport knows that to succeed takes burning passion and enthusiasm. Applying these elements into a game, and also having the mental determination to succeed is a vital factor in coming out top.

Poker can also be seen as somewhat of a sport so it’s not surprising that many football players are regular visitors of well-known poker rooms like Fulltiltpoker. Let’s take a look at the top football players who have decided to inject some of that passion into becoming credible and successful names and faces in the world that is Poker. 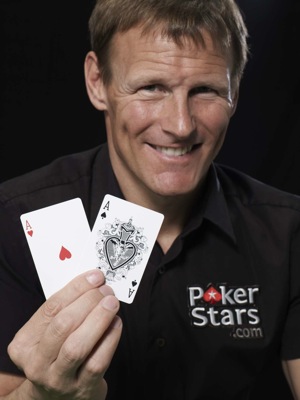 Teddy Sheringham, a former England, Tottenham and West Ham player decided to take his hand a poker a few years before ending his 25 years career as a well-respected player. However, Unlike many football players who take interest in a managing or training position in the football world, Teddy decided to take a different route.

He has made a name for himself in the poker world and has played in various tournaments around the world including one of the biggest, the World Series Of Poker Main Event where he managed to finish 14th out of around 3000.

Teddy’s winnings over the past years have amounted to around $298,000.

One of the most successful football players to have made an impact in the Poker world is Scandinavian player Jan Van Soresen, who has won a range of tournaments including the WSOP (twice) and the Masters Classics of Poker tournament in 2008.

He is expected to have won himself around $2 million, making him one of the most successful football players to have come out of Poker.

Former international football star Tony Cascarino who spent a large amount of his career with the Republic of Ireland, has always had a gambling passion and put his eagerness and passion into place when he first started playing in around 2006.

Tony went on to win his first major tournament 3 years later in the Grosvenor UK Poker Tour, scooping himself a nice $283,000. Overall within his six years of playing in tournaments, Cascarino has expected to have won around $589,000.

Christan Vieri is a former Inter Milan forward who has never hidden his passion for card games especially Texa’s Hold’Em. In 2009 and without a club after quitting with Atalanta, Vieri went on to play in two tournaments in LA.

Whilst Vieri is not set to leave his football career just yet, he has hinted that he could be looking at a profession poker career after his retirement.

Former Swedish football player and manager Brolin is another example of how passion can weave its way through football and poker. Brolin decided to first try his luck at Poker in 2006 and has made himself credible at many various poker tables.

In 2006 he fluttered in the Football and Poker Legends club which was organised by the well know and very popular site Party Poker.

In 2007 he then went on to play at the World Series of Poker, whilst not having won 1st place in the tournaments, he has however scooped a nice slice of the pot. 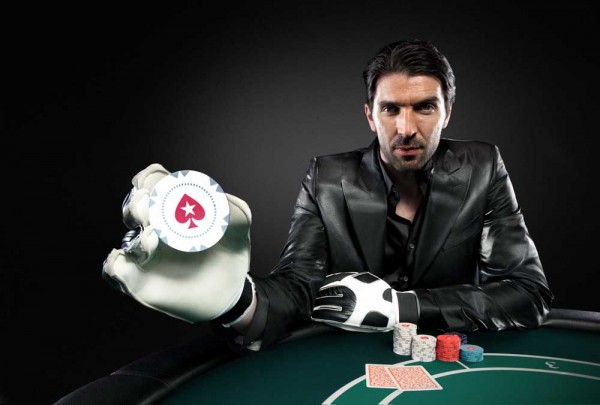 Whilst if not being the greatest goalkeeper to have come out of football, it also seems that Buffon is adding a touch of his football passion into his Poker passion. Buffon learned of his passion whilst playing for a charity event a good few years back and is said to have completely fell in love with the game.

From then, Buffon continued to enhance his skills and played in numerous online tournaments, finally being noticed by online giant Poker Stars after successfully scooping the pot numerous times.

He went on to act as an ambassador for the site and hopes that one day, when his football career ends, he can work on becoming a professional player.

Spanish player Poli Rincon is well loved amongst the Spanish, with a successful career in football including stints with Real Madrid and Real Betis, he went on to win the Spanish league and cup in the 70’s and 80’s.

Rincon also has a burning passion for poker and is also said to regularly play with online giant Poker Stars favouring tournaments such as Poker Stars Caribbean Adventure and others such as Estrellas Poker Tour.

French player Vikash Dhorasoo is again another example of a budding Poker star. In 2007, Dhorasoo found his path and began playing in major poker tournaments, mainly in France. One of his most successful stories is taking the pot at the No Limit Hold’em $2.200 Barrier Poker Tour in 2010 scooping the main prize of $187,887.

This however is not his only cash in. He has also managed to come out top in two European Poker tournament events and also fluttered in several other tournaments.

Italian football star Francesco Totti who has spent his career dedicated to the Series A club Roma, is a top goal scorer and most capped player in the clubs history. Francesco has maintained a steady career with the club for the past 20 years, however football is not the only game he is passionate about.

Totti has recently been knighted as Poker Ambassador for Party Poker. Francesco Totti states that he has a real passion for poker and being a successful player requires the same abilities of that of playing football. 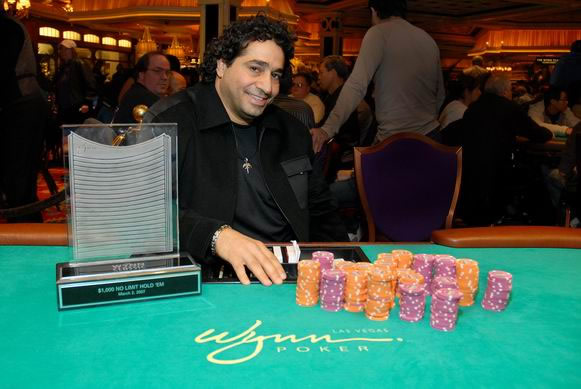 Last, but by no means least, David Levi has had a major impact in the Poker world. Not only has his passion for football seen him excel in his years but when after a crippling knee injury Levi decided to take his chances by dabbling in Poker and he certainly knows how to play a hand.