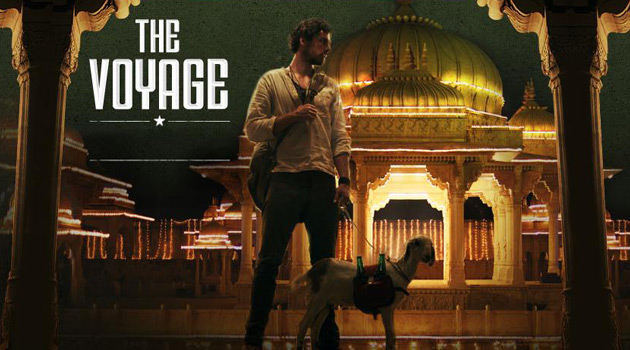 Legend. What does it mean? Who does it remind you of? For a football fan, players in the caliber of Paolo Maldini, Zinedine Zidane, Ronaldo, Thierry Henry, David Beckham among many, many others spring to mind. It’s a term that emphasizes one’s glory, successes, attitude, respect, perseverance, and dedication to the sport or his or her particular passion, voyage, and aspiration.

And to assist in fulfilling a long time desire or adventure, Heineken - a popular brewing company - has launched a new campaign titled ‘Voyage’. It is a campaign - non-football affiliated - designed and created for the spontaneous adventurer or maybe the wildlife enthusiast. We don’t know. The purpose of this intriguing campaign is to take different men from across the globe and drop them in remote locations with nothing, but the most basic of supplies and directions - peculiarly reminiscent of the widely known show,  The Amazing Race.

The outcome of such a campaign, is dropped - a series of intermittent voyages and adventures following the chosen ones on their once in a lifetime journey and experience. As previously mentioned, the destination of these brave souls is unknown. They might land in the rain forest along the mighty Amazon river, or the freezing wilderness of Alaska, or the barren desert of Saudi Arabia’s Empty Quarter, or perhaps a challenge against some of the world’s top football players amidst the treacherous and unsavory conditions of Quito - a place located high above sea level.

We - or, in this case, the chosen adventurers - don’t know what to expect. This is the beauty of this campaign. The excitement and anxiousness in anticipation of the voyage at hand, embodies the essence of what the campaign is all about.