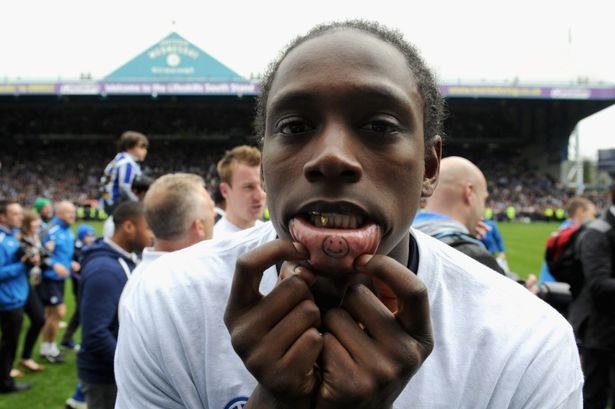 Just over a week ago, Newcastle united mutually parted company with 21-year-old forward Nile Ranger.  Ranger made 51 appearances for Newcastle all be it many from the bench. Sadly the youngster, who previously netted six goals in ten games for England U19, left Newcastle with only 2 goals to his name.

Ranger who had been at Newcastle since 2009 was not one to be called “a good boy”. In fact,  he was quite the opposite. Ranger was dubbed by the Newcastle fans as a “wanna-be gangster”, which, to tell the truth, was spot on.

In 2007, at the age of 15, he was sentenced to 11 weeks in a young offenders institute after being convicted of participating in a street robbery in Muswell Hill, London.

On 27 August 2021 he was arrested on suspicion of assaulting a man in Newcastle City Centre leaving the victim unconscious in the street, but was found not guilty of this in his trial on October 2012.

In March 2012, the FA fined him for making homophobic comments on Twitter. He was arrested again that month, this time for breaching terms of his bail whilst awaiting trial on four assault charges. In the early hours of 23 September 2012, police were called to a house in North London after reports of disturbance. The front door of the property was badly damaged and Ranger was arrested at the scene and later charged with domestic violence.

The charge against Ranger was dropped in November 2012 after the court accepted his explanation that he had damaged the door after fearing his girlfriend was being kidnapped. On 25 January 2013, Ranger was arrested on suspicion of rape in a Newcastle hotel room.

It was never in question whether Ranger had the potential to succeed in the game. But the attitude since his days with Southampton has always been the issue.  Compare him, for example, with arguably Newcastle’s hottest prospect Adam Campbell.

Campbell made his competitive debut against Atromitos in the UEFA Europa League on 23 August 2012, becoming the youngest player to play for Newcastle in European competitions. Campbell is full of fight and ambition which has earned him a place in the Premier League squad on various occasions. He is said to be first to training and even when he was not selected for a Premier League game a few weeks back, he travelled with the fans and was seen in the away stand at Spurs.

In contrast manager Alan Pardew had previously commented on Ranger’s lack of professionalism in the Evening Chronicle, saying: “I think I’ve been fair with him. This guy is late so often, it is unbelievable. He’s still at this football club and we’re still trying to do something with him.”

His contract was mutually terminated on March 1st. This was a relief to many fans who were fed up with the Ranger antics. Ranger then tweeted “I’m happy” just minutes after the news of his departure had reached the press and fans. This riled some fans although the context was unclear.

In my humble opinion I think it’s a shame that he lacked the motivation that could have made him into a decent first team option for the club. However, in light of his recent behavior both in and outside of football, I think it is good riddance to bad rubbish.