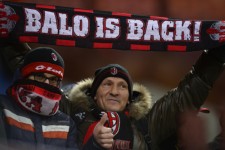 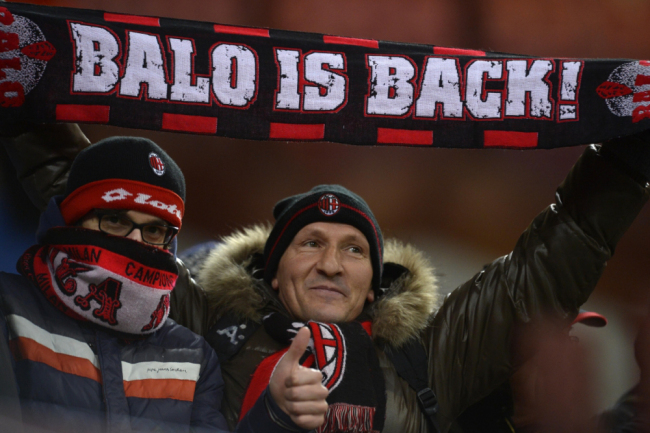 Just 46 days into his career with the Rossoneri and the effect that Mario Balotelli has had on the club is clear.

Following his arrival in Italy, AC Milan vice-president Adriano Galliani said that the move for Balotelli was “a dream that has been realized [and] a transfer that everyone wanted; the club, the president and the fans.”

That dream got off to a fairytale start with Balotelli producing a match winning brace against Udinese, a win which lifted Milan above rivals Inter in the table at the time.

Balotelli scored in the next two games for AC Milan, including a stunning 30-yard free kick against Parma to maintain the Rossoneri’s resurgent push up the league. That strike at the San Siro proved enough to match Oliver Bierhoff’s record of four goals in three matches, but the Italy international has since kicked on.

Balotelli came off the bench to add to his tally with another goal against Genoa in only his fifth appearance for the club, whilst last weekend’s brace against Palermo took the controversial striker’s tally to seven goals in six games in Serie A.

Balotelli’s arrival has coincided with AC Milan’s unbeaten run in the league, which has seen five wins in just seven games, but the effect of ‘Super Mario’ has not been universally positive.

After hitting 15 goals prior to Balotelli’s arrival in January, Italian striker Stephan El Shaarawy has managed just one goal in the league since the controversial striker’s move from Manchester City. 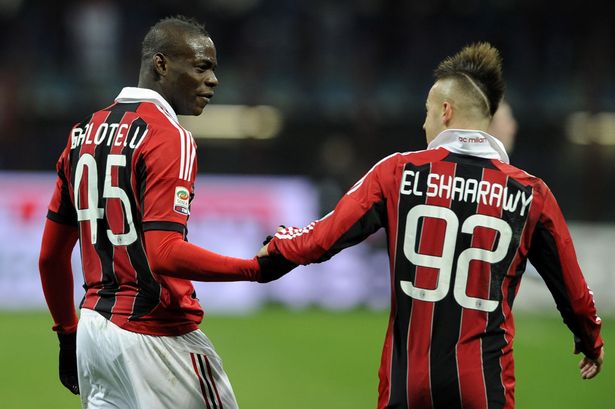 The ‘Pharaoh’ has lost his place at the pinnacle of the Rossoneri attack, with both Balotelli and Gianpaolo Pazzini now favoured ahead of El Shaarawy in the centre of the AC Milan attack.

The competition for places up front is something which Massimiliano Allegri will have to manage carefully, but Il Faraone will likely find himself more frequently positioned either side of a central striker, with the striker’s work rate and energy considerably higher than that of the enigmatic Balotelli.

With Mario Balotelli in the side, the Rossoneri have yet to look back and AC Milan’s hopes of a second place finish seem possible based on their form in 2013. Fixtures against Fiorentina, Napoli and Juventus next month make April a huge time of the year for the Rossoneri.

How Milan manage Balotelli over the next four years could prove crucial, especially given the striker’s unmanageability in the past, but should Balotelli mature in his ways and add a higher level of work rate and determination to his game, then the effect of Mario may be long felt at the San Siro.

Jonathan Day is a leading football analyst who specialises in European and Premier League football. Jonathan currently writes for Sportingly Better, a football betting blog that offers free football tips and betting predictions. Follow Sportingly Better on Twitter or add them on Facebook for all the latest betting tips. 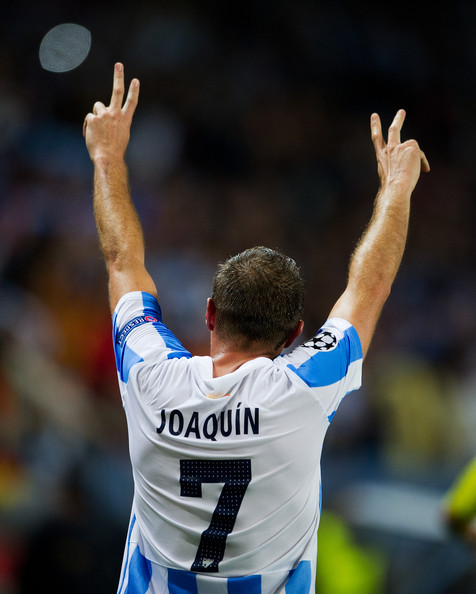 The modern day game of football does not present many happy tales. However, in the case of Malaga one side is attempting to buck the trend this season and present all observers with a positive outlook on the game.

Before even a ball was kicked this season the outlook seemed rather bleak for a side that would be competing in Europe’s elite competition. After a summer of financial turmoil that witnessed the departures of several key players the coming season did not present one of promise. However, with a couple of new additions to the rather beleaguered and wafer thin squad the club have confronted their adversity and succeeded thus far.

Having qualified through their initial Champions League group they were drawn against Porto where a two nil home win at La Rosaleda saw them successfully through to the quarter finals. They have now been drawn against Borussia Dortmund and will now face one of the outside contenders for a place in the semi finals.

Whilst Dortmund have struggled a little for consistency domestically this season their European campaign has been somewhat of a revelation so far. When the initial draw for the group phase was made, it seemed unlikely they would qualify after being paired with Ajax, Manchester City and Real Madrid but they surpassed all expectations and won the group. It was not that they were not regarded as a force but it was assumed that their inexperience in Europe could cost them.

However, with the talented young players they have at their disposal they have turned themselves into serious contenders for the Champions League crown and will prove to be a serious threat for Malaga. Boasting a squad consisting of Mario Gotze, Robert Lewandowski and Marco Reus, to name but a few, they have some seriously talented players. The Spanish side will have to be extremely well organised in order to maintain a level of control over the opposition attack, whilst still managing to pose a threat themselves.

One of the key players in the tie will be Isco who Malaga will have to ensure is fit and available for both ties. It was he who scored the opener against Porto in the previous tie and his movement and technical ability will be pivotal in opening up the German side.

There are very few weakness in Dortmund’s side at present and some individual brilliance could go along way to deciding the tie. As they showed in the last round against Shakhtar, their form at the Westfalenstadion is imperious so they will need to ensure they win in Spain.

Considering some of the views before the season began it is remarkable just to be thinking about Malaga competing in the last eight of the Champions League. Now though, having got there, they will face possibly their toughest opponents thus far which will severely test them.

So far this season they have defied the odds and proved the critics wrong and why start backing against them now?