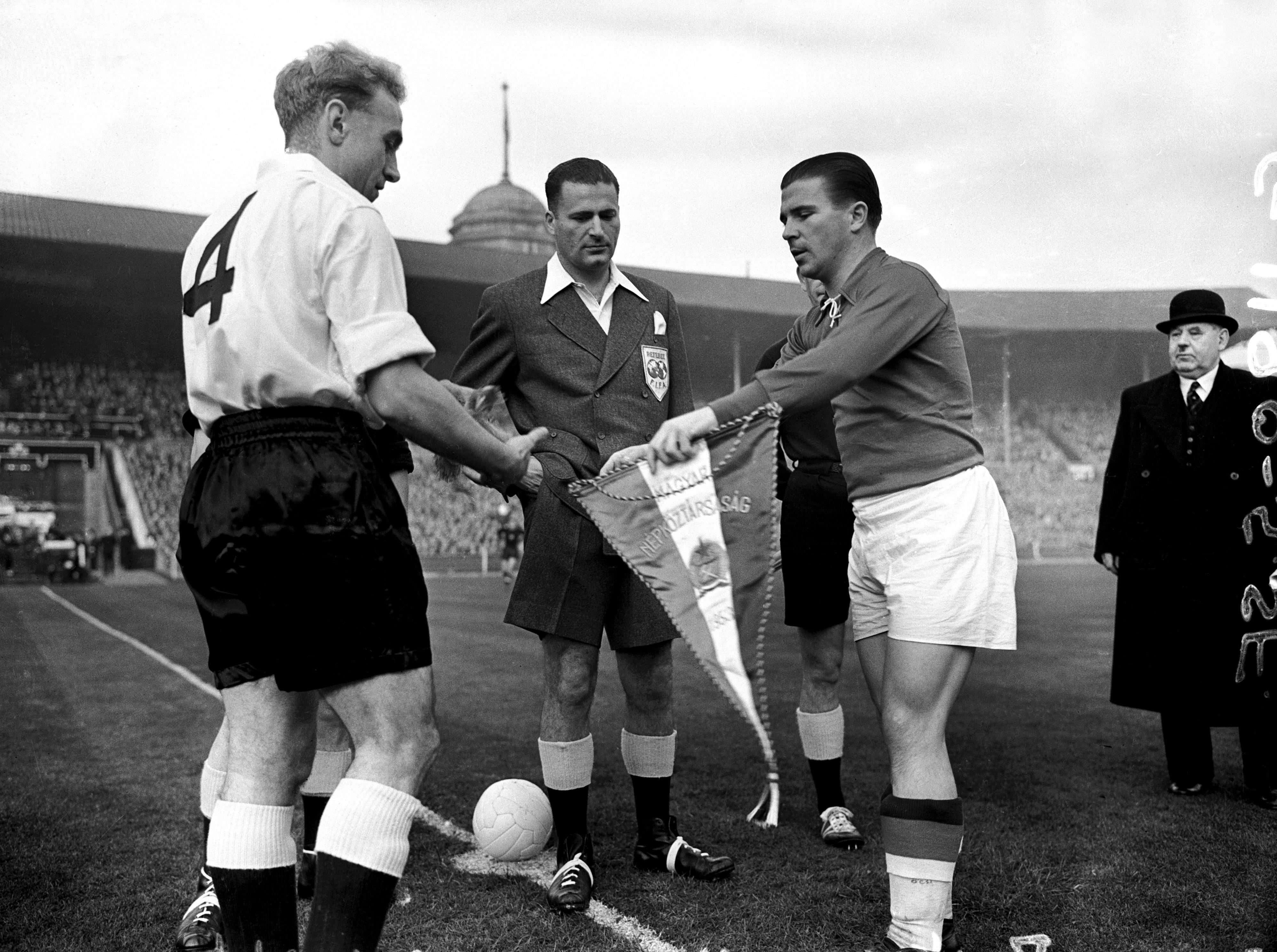 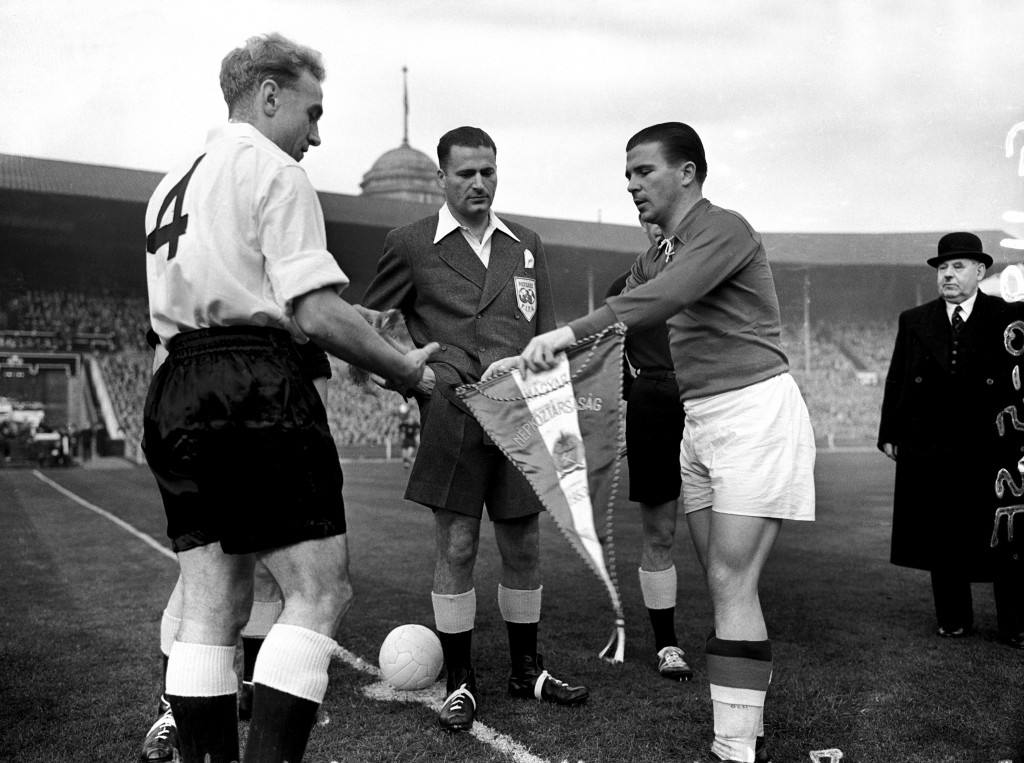 Defeats in football are some of the most saddening moments for both the fans and the players of the losing side. This is especially the case when your team is losing to a rival team.

In this review of top 5 football (soccer) defeats, a defeat is rated highly if it involved a big goal difference between the two teams. We also give more emphasis on defeats in derby matches due to the rivalry between teams that compete for the same fan base.

The match between England national team and Hungary entered into history books as one of the greatest defeats in the history of soccer due to the fact that the result was highly unexpected.

Before the match, England were unbeaten at home which made them confident that a weak Hungary side could not beat them on their own turf. They were however embarrassed when their opponents outplayed them in all departments on the pitch to seal a historical 6:3 win.

This match entered the list of top 5 football (soccer) defeats due to the fact that it happened in the European Cup Winners competition. The style in which Swansea beat their opponents is also convincing as their 12 goals were from 8 different players.

This match serves as a big landmark in the long battle between the two longest serving managers in the Barclays premier league. A weak Arsenal side travelled to Old Trafford after losing key players in the previous transfer window and Manchester united comfortably rained 8 goals into their net.

The rivalry between the richest clubs in Spain always gives football fans around world at least 90 minutes of entertaining football. On November 10th 2010, Real Madrid travelled to Camp Nou for yet another clasico clash but would leave the stadium humiliated by being outplayed by their rivals.

The 5-goal difference is still the greatest goal difference in a match between the two sides. Jose Mourinho later conceded that his team’s demolition was a ‘historically bad result’ for Real Madrid.

There are a few other big defeats that did not make it to my top 5 football (soccer) defeats due to the mere fact that they were not international matches.

We narrowed our filter to international matches that are recognized by FIFA which is the world football governing body. Other football matches that failed to make this list happened a long time ago and although soccer has evolved a lot since then, they are still worth a mention.

For instance in 1885, Arbroath beat Bon Accord by 36 goals to nil in a Scottish cup tie while Aberdeen Rovers were thrashed 35-0 by Dundee Harp in the same competition.

For more football articles and free tips visit Both Teams to Score. 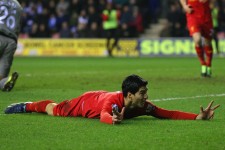 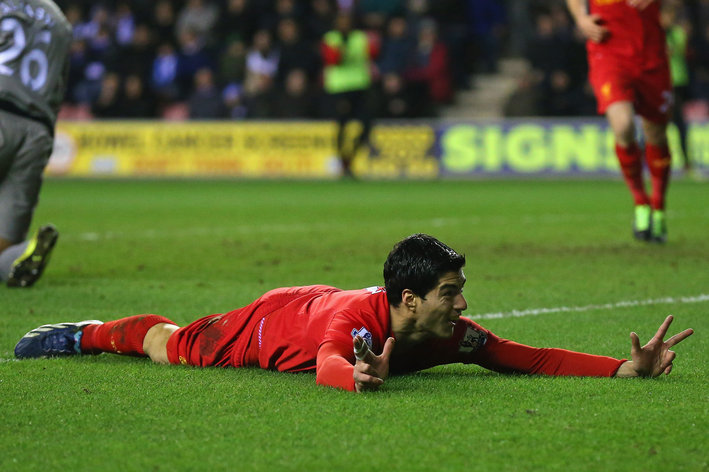 Top of the match:
Luis Suarez

Flop of the match:
Arouna Kone

After the shock Europa league exit, a week ago Liverpool posted a commanding 4-0 victory at DW stadium on the Saturday night. Downing’s opener followed by Suarez’s hat-trick had earned comfortable 3 points for the visiting side.

Reading’s loss at Goodison Park had left something for the Latics’ to cheer about as they stand level on points with Aston Villa in the 16th position; the latter play the 2nd placed Manchester City tomorrow.

Roberto Martinez played the same team which had beaten Reading in the last match day, whereas Brendan Rodgers made a single change in his side which thrashed Swansea, 5-0 couple of weeks ago- Joe Allen replacing the unavailable Daniel Sturridge.

Plenty of actions had occurred in the opening two minutes of the game- Boyce’s cross from the left found the unmarked Kone, whose weak shot was saved by Liverpool’s long-time Spanish custodian Pepe Reina. Soon after Kone’s miss, there followed the Liverpool’s counter. Phillipe Coutinho, with his spectacular skills got past Boyce and his cross from the left found the unmarked Downing who headed perfectly past a helpless Al Habsi.

16 minutes later, Coutinho’s skills came into the fore once again. Skipping past Maloney, the 20-year old Brazilian’s through ball found Suarez and the Uruguayan made no mistake to put the ball beyond Al Habsi’s reach to earn the Reds’ second of the night.

When Liverpool were leading 2-0 twenty minutes after the kick-off, a golden chance was handed to Wigan to pull one back. But Boyce’s powerful volley was beautifully saved by Pepe Reina. Moments later, an unnecessary clash between Boyce and McArthur occurred as the latter’s foolish back pass went into the legs of Suarez, who failed to pounce on the error.

Minutes later, though, Luis Suarez was fouled near the edge of the box and the Uruguayan stepped forward to earn his second through a deflected free-kick which found the right corner of the net.

Moments later, after Liverpool’s third goal, Beausejour’s cross found the Argentine Di Santo whose powerful header from 8-yards out was saved by the Liverpool goalie. During the closing stages of the first half, Wigan were given a free-kick near the edge of the area. Once again, Reina made a spectacular save with his right hand to deny Beausejour’s powerfully struck free-kick.

Wigan’s condition went from bad to worse, soon after the second half kick-off. Glenn Johnson dribbled the ball past 3 defenders brilliantly near the centre line to break Suarez loose. The former Ajax man completed his hat-trick with a finely executed shot which struck the inner side of the net and through the legs of a bemused Al Habsi.

At around the 70 minute mark, Enrique’s mistake left the substitute McManaman free and the midfielders beautiful cross was shot just wide by McCarthy. No dangerous attacks came through either side after McCarthy’s shot and Liverpool gained a well deserved 3 points.