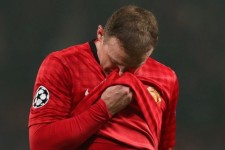 Manchester United were the third English team to be knocked out of the UEFA Champions League after losing at home to Madrid in the most surprising manner,  after winger Nani was sent off for a rash challenge on Alvaro Arbeloa. To most United fans, it wasn’t a red card and the referee should have been killed.

They may have a point, but that still doesn’t cover the fact that they’ve been knocked out after two quick-fire goals, with former hero Cristiano Ronaldo scoring the winner and handing the final nail in the coffin to the Red Devils’ treble aspirations.

The manner at which English teams are paying full attention to the English Premier League over the UCL has come under full notice, or well, I might be wrong.

Earlier, the English champions Manchester City finished bottom in their group where they were drawn with the likes of Dortmund, Real Madrid and Dutch outfit Ajax. As expected, the lack of experience played a crucial part in Manchester City’s poor Champions League adventure. An experienced Champions League team should be able to get points away from home and also be capable of holding on to leads,  especially when playing away from home.

A clear example was the game against Madrid. After taking the lead at the Bernabeu, the Manchester City team as expected went into ghost mode and two quick goals from Benzema and Ronaldo was enough to sink the English champions. Experience, as I said, played a crucial part in their display and from my own point of view I can understand Manchester City’s poor run. They have a chance to do better next season.

For Arsenal, Wenger’s  side are currently on the brink of elimination after losing 3-1 to Bayern in the first leg at home. They are expected to do the impossible in Munich by scoring 3 unanswered goals. After watching the display at White Hart Lane sorry ‘Hart’ last weekend, scoring 3 unanswered goals in Munich is highly impossible with those frequent school-boy defensive errors and a lazy striker at hand.

They all have another chance to improve and show what English football is all about in the Champions League next season, especially with Tottenham likely to be flying the English colors in next season’s competition ahead of Arsenal,  who are currently 5th in the English Premier League table.

Maximum attention should be enforced by English teams in the next Champions League, as it is has been the league that has shown the world what English football is all about.

For years, Jamie Carragher has been a key player for Liverpool in defence. Other centre back’s have come and gone, but Carra was always there shouting at his teammates and organizing the defensive line. But after years of loyal service to the club, Carragher has decided to retire at the end of the season. Liverpool now face the tough task of replacing him, and more importantly finding a new leader on the pitch.

With Carragher gone, the vice-captain role will be free. Here are the top candidates for that role:

The Spanish goalkeeper has been at Anfield since 2005, and knows the club better than anyone else on this list. Since joining the club, he has been a consistent performer and a fan favourite. Reina is also one of the major figures in the dressing room, and definitely has the influence to do the job.

The biggest problem, though, is if he is vocal enough to be vice-captain. While Gerrard has been leading the team by example, Carra was always the loud one. That is not only Reina’s problem, but the problem of every other player on this list.

Carragher’s defensive partner, Agger, may be the perfect choice for vice-captain. He joined the club for 6m in 2006, and has proved to be a top signing for the Reds. After a shaky first couple of seasons, accompanied with injury problems, Agger has finally found form and consistency and has become Liverpool’s best defender and one of the world’s finest left centre backs.

His love and passion for the club is undoubtful, which makes him the perfect candidate for this role. He is already the captain of the Danish NT, so he has experience in leading a team. 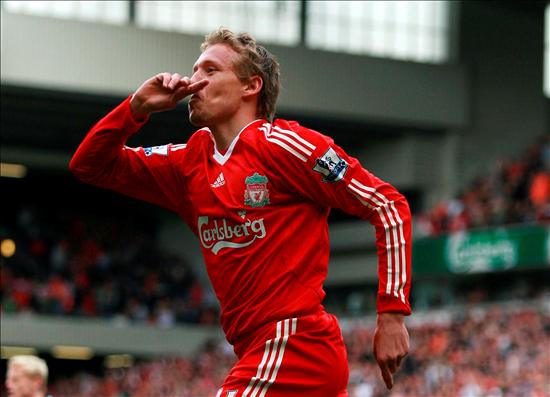 The Brazilian midfielder has been a key figure at Anfield since joining the club in2007. After struggling with adapting to the English game in his first two seasons, Lucas has become a big fan favourite.

His consistent performances have turned him into a key player for Liverpool, which can be seen in the difference in results when he is not playing.

The problem is, he is a very quiet and calm person and doesn’t possess the “fire“ to replace Carragher. 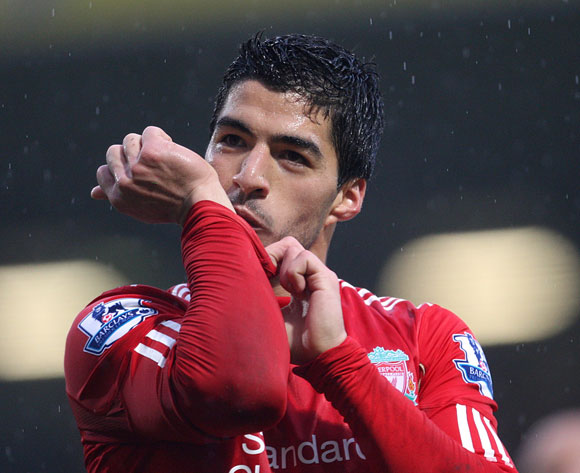 The Uruguayan is currently Liverpool’s best and most important player. Since joining Liverpool in January 2011, he has scored 50 goals  for the club.

With lots of rumours linking him with other top European clubs, giving him the vice-captain role may be a key factor in keeping him at Anfield for the coming seasons.