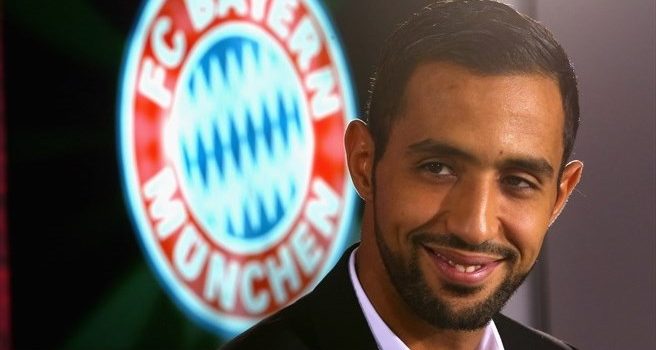 Having finally confirmed Granit Xhaka’s arrival, Arsenal are currently weighing up a move for a defender and a striker.

Even though the Gunners have been heavily linked with a move for younger prospects such as Kalidou Koulibaly and Kostas Manolas, a bid for Medhi Benatia looks likely.

With Mats Hummels’ move to Bayern Munich confirmed, Benatia has become surplus to requirements as Jerome Boateng and Javi Martinez are already ahead of him in the pecking order, thanks to the Bavarian’s playing style.

As Mathieu Debuchy is certain to depart the club in search of playing time elsewhere, signing a right-back should be high on Arsenal’s agenda, but the centre-back is as big a concern as the right-back.

Arsene Wenger’s decision to start an ill-equipped Gabriel Paulista ahead of a proven Premier League defender in Per Mertesacker halfway into the season highlights the manager’s intentions; the aging German is no longer a part of the manager’s Plan A.

Despite the manager showing faith in the Brazilian, he failed the manager, committing blunders as often as he stole possession. Although he could come good or even replace Laurent Koscielny in the coming years, he will not be a reliable option to partner the Frenchman next season.

Accordingly, signing a top quality central defender, who can walk into the squad, would help Arsenal forget about any defensive breakdown.

A not-so-flashy fighter from Morocco

After toiling in the Ligue 2 with no recognition during the early stages of his career and failing to impress Olympique Marseille head honchos, Benatia finally caught the eyes of the Udinese Calcio scouts, and days after celebrating his twenty-third birthday, he completed his Udinese switch.

AS Roma snapped him up three years after his Udinese debut only for the Allianz Arena outfit to snatch him a year later. Currently regarded as a world-class defender who has proved himself in Italy, France, and Germany, his rise to prominence was never a bed of roses.

Known for his technical ability, the Moroccan international can pick up the right pass, and he is recognized for his ability to launch the perfect tackle, especially during one-on-one situations.

Standing at 6 feet 2 inches tall, he boasts the aerial presence in either penalty box, and his scoring record at Roma bears testimony to his scoring prowess. Alongside Koscielny, he will form one of the most formidable defense in the division; the fact that he grew up in France should eliminate the communication problems.

Although he remained injury-free prior to joining the Munich club, he has picked up quite a few injuries that have reduced him to just 36 starts in his two seasons there.

Having played in the slow-paced leagues until his move to Germany, he has had troubles adapting to Bayern’s tempo, and it is not a coincidence that all of his injuries are muscular.

At Arsenal, he will likely be injury-free as they hardly play a high line as the Bundesliga champions do.

Reports from Germany suggest that the German giants will only demand €15 million. Given the inflation, Arsenal should sign him as he adds experience, depth, and winning mentality to the Arsenal team at a bargain price.

In addition, his arrival would mean Arsenal could gradually introduce 21-year-old Calum Chambers into the first-team as the Englishman would be ready for the first-team by the time the 29-year-old starts showing signs of senescence. 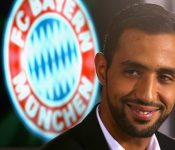