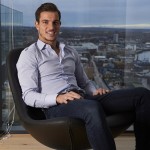 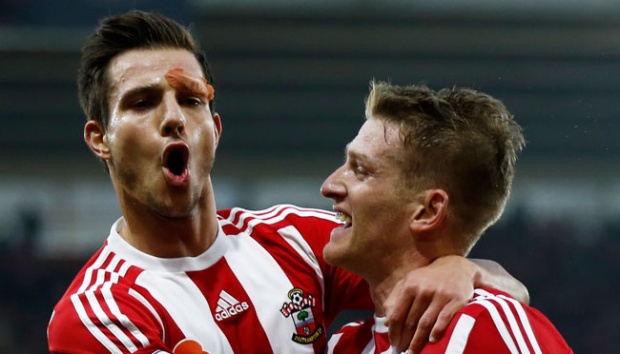 January brings with it the mid-season transfer window, a time that is likely to fill Southampton fans with dread.

It was in the summer of 2014 the Saints lost Rickie Lambert, Dejan Lovren and Adam Lallana to Liverpool, Luke Shaw to Manchester United and Callum Chambers to Arsenal for a total in the region of £80 million, then last summer Morgan Schneiderlin left for Manchester United and Nathaniel Clyne moved to Liverpool, earning Southampton another £36 million but again undermining Ronald Koeman’s attempts to build success with a settled team on the south coast.

Last year’s seventh place finish, building on the eighth place they achieved the season before, has given way to an inconsistent campaign that has Koeman’s team 13th after 20 games. They are currently seven points clear of the relegation zone, but they will start to nervously glance downwards should the current run of one win from eight games continue for much longer.

In further foreboding for the Saints Victor Wanyama and Saido Mane are rumoured to be the latest players heading out of St Mary’s.

Wanyama’s indiscipline earned him the red card that cost Southampton in the 1-0 loss at Norwich but the 4-0 triumph over Arsenal on Boxing Day will give Koeman optimism that his side have the necessary quality to pull out of their current drop and target another top-half finish.

Key to that will be keeping their leading assist-maker Mane and the tough-tackling Wanyama, but Koeman will be heartened with how well Virgil Van Dijk, the summer replacement for Toby Alderweireld who opted to join Spurs, Jordy Clasie, who replaced Schneiderlin and Cedric Soares, filling the void left by Clyne, have settled into his squad.

Van Dijk, who has adapted immediately at centre-half following his August move from Celtic, is Southampton’s highest average performer so far with a rating of 7.37 while Soares, the Portuguese right-back who joined from Sporting Lisbon for £3.6 million last June, is narrowly behind him with an average rating of 7.35.

Behind those scores have been a series of consistently strong defensive displays that has softened the blow, although he is not as equipped in an attacking sense as his predecessor, of losing Clyne to Liverpool.

The presence of compatriot Jose Fonte, Southampton’s captain and second longest serving player, was influential in helping Soares to adjust to his new surroundings but the 24 year old, who played in the Portuguese top-flight for three years with Sporting, felt he was ready to make the move.

“I came well prepared. In tactical terms, the Portuguese are well developed” he said. “Of course, the level of intensity of English football is different, it’s direct football and constant quick attacks.”

Furthermore, Soares had arrived on the south coast having made appearances in the Champions League with Sporting and having established himself in the Portuguese national team, earning the first of his seven caps to date the October previous to his switch to England.

His stats of 3.1 long balls per game in contrast with 1.6 crosses per game suggests Soares is much more comfortable staying in his position to launch attacks with longer passes, one of which got an assist for Graziano Pelle’s goal on the right-back’s debut at Newcastle, but his 18 chances created, fifth-highest in the Southampton squad, and 21 total dribbles, fourth highest, are both more impressive readings than Ryan Bertrand, the full-back on the opposite flank who is known for his attacking intent.

A groin injury ruled Soares out of his first festive period in England but his series of solid defensive displays should see him immediately dislodge Cuco Martina, the Curacao international who opened the scoring against Arsenal with that superb long-range thunderbolt, when he returns to fitness.

Out of 50 attempted tackles Soares has only been beaten by his opponent on five occasions while nobody in the Southampton squad averages more interceptions than the Portuguese’s 2.5 per game and only Clasie has a higher rate of tackles than the 24 year old’s 4.1 per game, making Soares crucial to Koeman’s attempts to rediscover the defensive rigour that saw the Saints post the league’s second-meanest defensive record, conceding only one more than champions Chelsea, last term.

On top of Fonte’s assistance with the 24 year old’s assimilation into Southampton life, Soares has also possibly benefitted from his decision to live just a five-minute walk away from St Mary’s in a luxury apartment that overlooks the stadium.

The player who plays ahead of Soares on the right, Dusan Tadic, apparently lives close by and Soares says that the Serbian attacker has brought family over and walked with them to a game. Soares plans to do the same.

When he does, they will see a model of consistency impressing in his new home.