O-Posts will be hosting a series titled “The Premier League’s Most Exciting Prospects” written by our very own Henry Francis. Our first will be on Southampton’s James Ward-Prowse. We hope it’s up to your satisfaction and enjoyment. 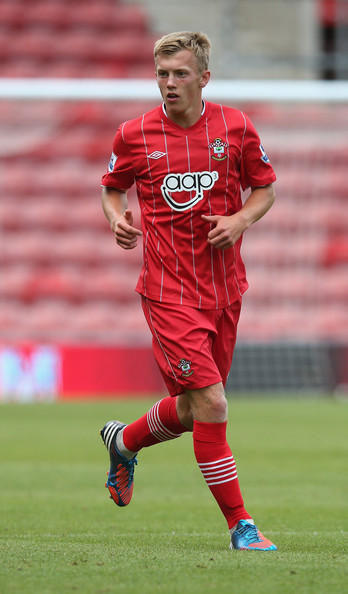 At 17, Southampton’s James Ward-Prowse is extremely young to be plying his trade in the Premier League, never mind as a starter. Delivering accomplished performances in his first three league games, Ward-Prowse has developed a reputation as one of the brightest young talents in England.

Coming from an excellent academy at Southampton, who have developed the likes of Theo Walcott, Gareth Bale and Alex Oxlade-Chamberlain, Ward-Prowse was initially a Portsmouth season ticket holder and even went to their FA Cup Final at Wembley in 2008. However, due to Southampton’s incredible track record of producing great talent, Ward-Prowse chose their academy.

Now the decision is delivering dividends for Ward-Prowse. Appearing in all 3 of Southampton’s Premier-League games this season. Nigel Adkins – Southampton’s Manager – is showing a lot of faith in the 17 year old. Against Yaya Toure, the Premier League’s best midfielder, Ward-Prowse didn’t look out of place, and was one of Southampton’s best players.

Against Manchester United, Ward-Prowse more than matched the efforts of Michael Carrick, Tom Cleverley and later Paul Scholes and put in an impressive shift against last season’s Premier League runners up.

This shows a lot about Ward-Prowse as a character and himself.

A lot of Premier League football is played psychologicially and the mind has become an important part of preperation and football in general. Ward-Prowse according to Southampton manager Nigel Adkins has an impressive mentality.

This amongst young players is important in their development and like Raheem Sterling at Liverpool (who is creating all sorts of media attention with his exciting displays), Ward-Prowse shows no fear when coming up against the likes of Yaya Toure and Paul Scholes.

Throughout the next few seasons look out for Ward-Prowse. Like Oxlade-Chamberlain, Bridge and Walcott before him, expect Ward-Prowse to feature for England and play for one of England’s “top” sides such as Chelsea, Manchester City, Tottenham, Arsenal or Man United in the future.