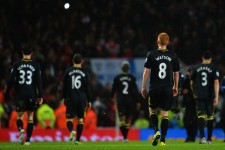 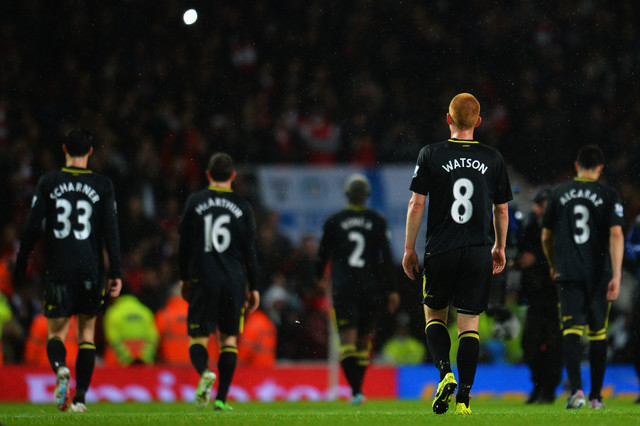 It’s been coming; we were just too afraid to admit it. After Wigan’s cup heroics at the weekend, there was a possibility that they could perform the ‘Great Escape’ that they have managed on countless occasions, and in fashionable style, too.

It looked like survival was on the cards after some impressive wins and vital draws, although where I think it was lost was after the FA Cup semi-final victory against Millwall. Since that game, they lost to Manchester City, West Ham and Swansea, whilst picking up a point against Tottenham and a win at West Brom. Against Swansea you felt that they were running on pure emotion, and perhaps it was just a season too far for the Latics.

They’ve left a rather big gap in the Barclays Premier League and it is a shame that they’ve dropped down to the Championship after seven years in the top-flight. I reckon that they have the credentials to come back up within their first season, or definitely the second. I do believe however that it all depends on which players decide to stay and of course whether their manager, Roberto Martinez, stays at the DW Stadium.

Since David Moyes has transferred to Old Trafford to replace the retiring Sir Alex Ferguson, who said an emotional goodbye to the club in which he won thirteen league titles, Martinez has been linked with the Everton job. It wouldn’t surprise me if he was lured to Everton and I’m sure he could do a brilliant job there. Martinez will want to remain a Premier League manager, I’m sure of it.

Another change in the Premier League has happened at former Premier League Champions Manchester City. On the same date that Sergio ‘Aguerooooo’ scored that infamous injury time winner to steal the title off United, City sacked Roberto Mancini. The decision had been brewing for some time, and I believe that the FA Cup loss to Wigan may have tipped the decision that was eventually made, although I feel that had he won the cup, it still might not have saved his job.

Speculation has been growing as to whom may replace the Italian, with Malaga coach Manuel Pellegrini the leading candidate for the notorious job. Whether the former Real Madrid man can lead City to the success that they all crave is another thing. It’s no easy club to manage.

I’d love to see Mourinho take control of the dugout at Etihad, but that may end up just being a distant dream. Time will tell, but it didn’t seem to have an effect on the side as City stormed to a 2-0 victory at relegated Reading with Brian Kidd in charge after Mancini’s assistant, David Platt, stepped down.

David Moyes, whom I mentioned earlier, waved goodbye to the faithful at Goodison Park with the perfect send-off, beating West Ham United 2-0. It was an encouraging performance too.

Norwich ensured survival at the weekend with a telling 4-0 victory against Steve Clark’s West Brom, who have eased off the pace since survival was confirmed. I’m pleased that Norwich haveensured Premier League football for another campaign as they have an English manager in charge. I’ll support any English boss and wish them success.

Newcastle beat lowly QPR to beat the drop when a short Bosingwa ball tricked its way back to ‘keeper Robert Green, and his punt up field found Gouffran who tapped in to hand the three points to the visitors.

Tottenham kept up with Arsenal after Adebayor netted the winner from close-range. Up the other end of the table, Di Canio’s Sunderland drew at home to Southampton, and the Italian has done what was needed to be done. They’ve looked fresher since the change and at times joyous to watch, especially in the Tyne wear derby.

Daniel Sturridge netted an impressive hat-trick, his first in senior football, to beat Martin Jol’s Fulham 3-1 at Craven Cottage. The pick of the bunch was a sublime lob which found the bottom corner, similar to the goal he scored during the 2012 London Olympics for Team GB.

I’m looking forward to what the final day has in store in terms of the Champions League spot. But we all know that there will be far less drama than what we have experienced on the last day before.