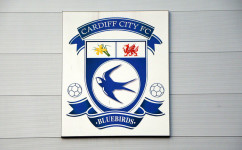 It would be fair to say there was plenty of controversy at Cardiff last season, after the Bluebirds opted to switch their famous blue shirts for a red strip due to commercial reasons.

Such a move came off the back of a playoff defeat although following large-scale investment, most supporters are relatively happy with the decision their foreign owners made. In fact, the investment made into the club seems to already be paying off, with Cardiff regarded as one of the big tips for promotion as they lead the division after twenty one games.

Having amassed forty four points from their opening fixtures, it doesn’t take a genius to see that Cardiff are well on the way to promotion. While there may have been one or two shaky spells, such periods have been few and far between and have generally lasted for just a couple of games.

Instead, Malky MacKay’s men have dominated the majority of games they have been involved in and the fact they have won every single game at home highlights their success.

At the time of writing, they have won five out of their last six matches and with poor runs being so rare, you really cannot see them giving up their lead at the top and throwing away another promotion chance.

Following the investment over the summer, Malky MacKay took full advantage of his additional resources and proceeded to bolster the Cardiff squad in as many ways as possible. Craig Bellamy was probably the most high-profile purchase, with the Welsh international returning to his hometown club for a second time, although fans will have been hoping for more of an impression following a return of three goals in twelve games.

Instead, it’s probably Heidar Helguson who has been one of the more promising attacking buys, with the ex-Watford forward managing seven league goals already. Defender Matthew Connolly has been a surprising hit in front of goal as well and after finding the net on no fewer than four occasions, this summer purchase looks shrewd on a number of levels.

The jury is still out on Joe Lewis, who is yet to start a league game, while the same can probably be said of Kim Bo-Kyung who is taking his time to adjust to English football following his big money move.

Some were surprised when MacKay splashed out around £1m for Craig Noone in the summer yet the former Brighton man has made a sterling impression at Wales and has been a key figure in their promotion push. 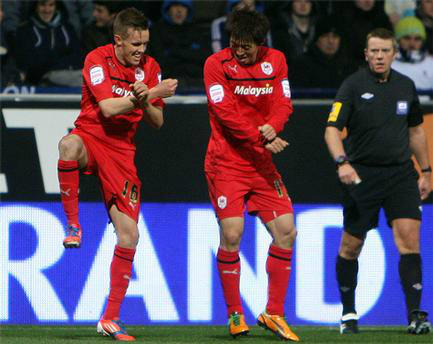 Tommy Smith, who was arguably seen as a more encouraging piece of business when he joined, has not yet opened his account, while the same can probably be said of Jordan Mutch who has also struggled since his switch from Birmingham.

Many people were intrigued as to how Cardiff would perform this time around, after seeing their squad undergo so many changes over the summer.

On current viewing, it looks as though MacKay’s men are firm favourites for promotion and it really is difficult to pick any faults in their team.

They have yet to sustain any sort of poor form, while on paper they are also very strong and this leads me to think that nobody will even come close to challenging the Bluebirds for that top spot.

The latest addition to the Championship so far series was written by Liam. He’s an avid follower of football and will compare free bets on his website to help fellow enthusiasts turn a profit from the sport.