Football Coverage: How Sporting Issues Are Played Out In The British Media

Football Coverage: How Sporting Issues Are Played Out In The British Media

Modern football is a tough environment for leading managers in the Premier League as every facet of the game is now scrutinised in extensive detail by the British media.

Those at elite clubs such as Manchester United are more likely to feel the pressures of the constant spotlight as Louis Van Gaal found out this year.

The Dutchman secured a first FA Cup trophy for the club for twelve years but the triumph was overshadowed by the news that the “Special One”, Jose Mourinho was set to take over. Van Gaal’s exit was confirmed just two days later.

The media attention on the potential arrival of Mourinho is now typical of how big stories play out. Newspapers and channels running 24/7 coverage of football news fuel speculation and rumours and cover big money transfers and manager changes in minute detail.

This is something incoming Manchester City manager Pep Guardiola will have to get used to as he attempts to start a new dynasty at the Etihad Stadium from the 2016-17 season.

While Mourinho is adept to managing the  spotlight, Guardiola has yet to experience the intense nature of British media. In retrospect, Van Gaal’s antagonistic nature with the press hastened his downfall. He was aloof and indifferent and unwilling to indulge in the mind games that managers such as Mourinho and the media love.

International tournaments are also a hotbed for media coverage. In the lead up to this summer’s Euro 2016, England manager Roy Hodgson will have to cope with the pressures of selecting a 23-man squad and attempting to lead the team to an unlikely victory on France.

Online websites, news channels and newspapers will discuss preferred teams and provide in depth details on the players, their training sessions and how they are preparing for the big event.

Summer tournaments also give football fans like Dermot Murnaghan the chance to voice their opinions on proceedings. Murnaghan’s views on football are likely to blend in to his reporting in Sky News, which is another more mainstream channel for the biggest, breaking news stories.

Off the pitch shenanigans

There is a feeling now that football issues off the pitch gain more headlines and more fervent discussion than actual games and results.

The wealth of ex-pros taking up punditry roles in recent years also means there are more authoritative figures giving their views on the football world via newspaper columns, radio shows and online blogs.

The upcoming Premier League season will see more of biggest managerial names than ever before as Guardiola and Mourinho go head to head with each other and the likes of Arsene Wenger, Jurgen Klopp, Claudio Ranieri and Antonio Conte.

With only one league title available, the pressure will again be on managers to perform and how they handle the spotlight could be key to their longevity.

For football fans, it is sure to be another exciting twelve months as the British media covers every detail. 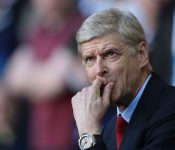