Football Injuries: The Risky, the Common, and the Hazardous 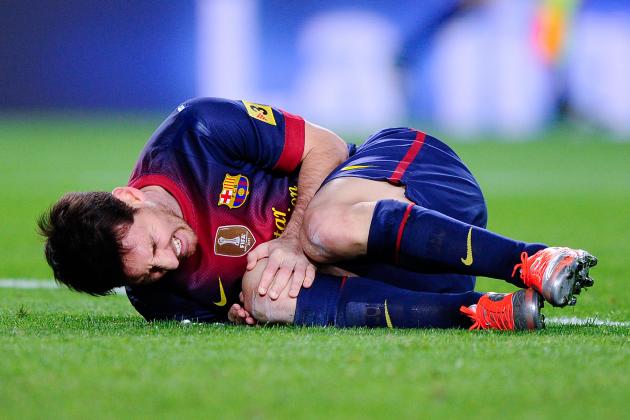 For a lot of people, we forget how severe injuries can be for footballers. It’s easy to assume that due to professional footballers wages, injury can’t possibly be that much of an inconvenience – what we forget is that not all footballers are professional. For those that play football week in, week out for nothing more than their own love of the sport, injury can be a massive problem if you suffer an injury that hinders you from working for any period of time.

The problem with lower league and amateur football is that if an injury does occur, it can become confusing when looking for medical assistance. As opposed to the top quality treatment you would receive should you be playing for one of football’s top clubs in the premier league.

Head injuries are one of the game’s most high profile issues since the 2014 FIFA Men’s World Cup, this is because of the scrutiny they have received upon how they should be treated. Football is not a delicate sport, despite the referee’s becoming more and more strict regarding the type of challenges that earn you a punishment, accidents still do happen. It is expected that head injuries are a danger of the support, however there is a debate on how to deal with them.

New rules state that the referee must stop the game if they believe that a player has suffered a head injury, even down to concussion. This is because even the least severe head injuries can quickly become severe if they are not treated properly. Claims can be made if you believe that you have not been treated correctly when suffering from a head injury.

Another common risk for footballers of all abilities is the risk of ligament damage. This can happen with little or no contact at all. One of the most well-known injuries that footballers can sustain is the cruciate ligament. The knee is made up of four ligaments, and the cruciate ligament is one of these. Damage to any ligament in your knees is going to cause discomfort. Ligament damage can have long term effects, such as arthritis later on in life if not treated correctly.

Of course, with contact sports come major injuries – such as broken bones. This is most likely to be one of the most hazardous aspects of the ‘beautiful game’ that we see commonly. It is just as common in non-professional football as it is professionally; it needs to be treated correctly and swiftly.

If the bone that is broken breaks the skin and tissue surrounding it, you can end up with a bad infection on top of the broken bone. To avoid this you need to find the correct treatment as quickly as possible to make sure no damage is caused in the long term.

Sunday league football can be fun, but you can come across people that will neglect your needs if you suffer from a footballing injury. This can mean you are eligible for a claim due to being treated with either negligence or malice.

Usually Sunday league pitches aren’t high standard, with the grass sometimes growing too long it can mean an increase in twisted ankles – and injuries. On the other hand, you might also come across competitors that will put in tackles that don’t get the ball, and deal a nasty injury to you. In these instances you would be eligible for legal action.

The repercussions of most injuries sustained throughout your career of playing football are likely to be very minor, maybe leaving you feeling discomfort for a couple of hours or days. However, you may suffer from a severe injury that could have an effect on your quality of life afterwards. Should this be the case, then it is likely you are legible for a case due to the fact you might be placed under financial strains because of the fact you can’t attend work for a period of time.