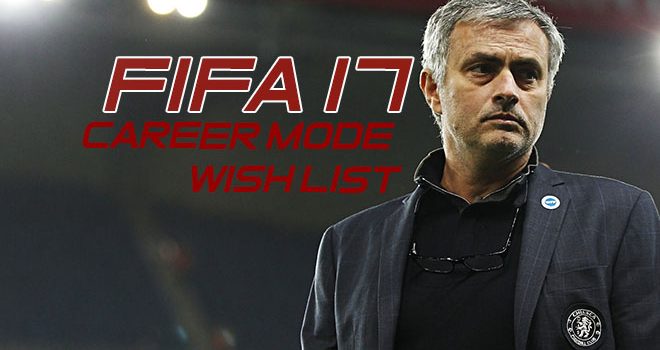 Career Mode and Ultimate Team are FIFA’s most played modes. Although, Career Mode is the less faulty one, there is still room for improvement. Here are the top three most discussed FIFA 17 Career Mode features.

It is about time that the FIFA game’s Career Mode begin to capture the difficulty of taking over a new team. Even the likes of Big Sam and Remi Garde could not manage the club’s expectations after coming from successful clubs.

A set of goals should be declared in the contract after signing the new manager and should they not be met, the managerial position of the player should be in risk.

Similarly, the fans of the club should be happy with the man in charge. EA wants to provide most authentic footballing experience and this should be the more realistic one, since more often than not a manager position at the club is in-directly in the hands of players and fans not the management.

EA should look at real life stories for inspiration.

This is one of the most talked about features in FIFA wishlist articles. EA have considerably improved the game play AI of each new FIFA game they’ve released, but there still is room for more.

The thing about Career Mode Gameplay is that it should be influenced by the transfers, sacking of managers, suspensions and form. Unlike, the normal game play AI when the team is down by one in 80 minutes, all forces are sent to attack by one team and the remaining team defends; the Career Mode AI should factor in the cost of not winning.

For example, if the losing team will be relegated by not getting a win, the game play of the AI should be attacking rather than the normal mode. Similarly, change in management and new transfers in/out should change how the AI will behave in the Career Mode.

FIFA has managed to simulate the basics of how transfers are done in real life football, but it still does not accommodate many other things that factors in while a player changes club.

Some of these factors are buy-out clauses, sell-on fees, buy back clauses, and spending a season after a transfer occurs. Transfers are the most interesting part of Career Modes and they should be the most realistic. AI transfers should also be improved.

Should EA work in them, it would be an icing in the cake for a mode that is already pretty great.

What do you think about this wishlist? Comment below.