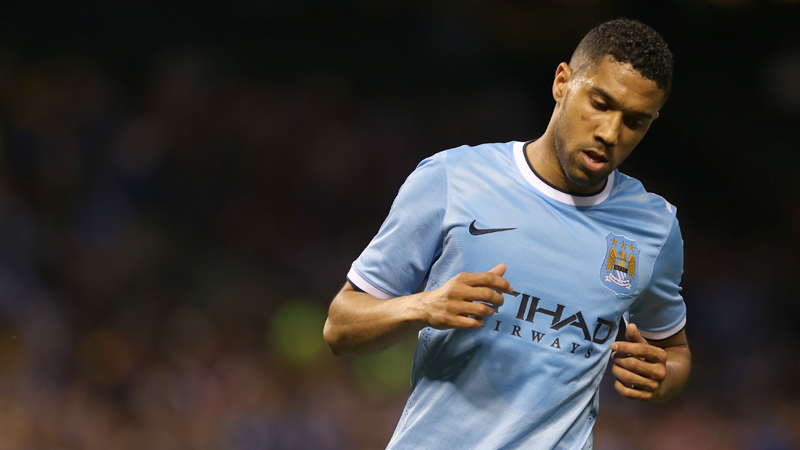 A first-ever run to the latter stages of the Champions League aside, Manchester City will spend the remainder of their season clambering for a top four finish in order to avoid leaving their new manager with the ignominy of trawling the continent on a Thursday evening in the backwaters of the Europa League.

There is a reason City have chased Josep Guardiola, who will take over from Manuel Pellegrini in the summer, since 2012; he is a primetime coach who belongs in the esteemed company of Europe’s premier competition and City’s owners, with Sheikh Mansour’s Abu Dhabi Group having seized control in 2008, are now wise enough to understand their quest to land the very best players to supplement the very best coach will only be aided if they reach the Champions League for a sixth successive season.

City cling onto their fourth place by a single point having won just one of their last six and having failed to register back-to-back league wins since October, with the uncertainty conjured by Guardiola’s impending arrival all too easy to blame for that drastic loss of form.

More likely the cause is the squad that Pellegrini has allowed to stagnate by spending erroneously in the wrong areas since he won the title in 2014.

There remains a worrying over-reliance on a lumbering Yaya Toure in midfield, as there does on Sergio Aguero’s vulnerable hamstrings in attack. The Champions League victory over Dynamo Kyiv saw Vincent Kompany suffer his 14th thigh injury since he joined the club and City have showed repeatedly, despite spending a combined £65 million on Nicolas Otamendi and Eliaquim Mangala, they desperately miss the Belgian’s leadership when he is out.

The 35 year old Martin Demichelis started in his place in the Manchester derby last Sunday but given the resources available to Pellegrini the Argentine should have been nowhere near the field on which he was picked apart by United’s 18 year-old Marcus Rashford.

City looked stale as they slipped to a 0-1 defeat and with Raheem Sterling limping off after just 26 minutes and Kevin De Bruyne missing through injury, Pellegrini required his more experienced players to step-up. They didn’t.

Guardiola will surely be monitoring the form of City’s players in the run-in as he develops his plans for his new team and he would have been alarmed by the anonymous David Silva and the startlingly ineffective Jesus Navas.

All City players, apart from the brilliant Aguero, will be under scrutiny and the problem is too many of them currently personify City under Pellegrini; capable of excellence but often undermined by inconsistency.

That applies at full-back where Bacary Sagna, Pablo Zabaleta, Gael Clichy and Alexander Kolarov can all be regularly useful but lacking the regular star quality that will be demanded in the age of Guardiola.

Clichy lined-up at left-back in the derby and while he was characteristically solid, he could not offer the enterprise City required in attack down that flank once Sterling was taken off.

The ex-Arsenal man managed to deliver two crosses and create a further chance but with Aguero isolated against Chris Smalling and Daley Blind, who also did a good job of shackling Wilfried Bony, his ventures lay to waste.

It was in-keeping with a disappointing season for Clichy who has contributed with just 1 assist across the 10 league games he has appeared in during a campaign disrupted badly with an injury that involved some bone coming off his knee. That injury will concern Guardiola when he learns it has hampered the Frenchman previously when he was at Arsenal and so too will the creative stats when the Catalan sees his record of 10 assists across five seasons in Manchester.

His abilities going forward are reflected better by the 107 chances he has carved out since then-City manager Mark Hughes signed him from Arsenal to add more championship-winning experience to a club that was dosing high on ambition.

But the incoming Spaniard, like he has reaped with both Eric Abidal and Jordi Alba at Barcelona before he turned David Alaba into one of the best full-backs in Europe at Bayern Munich, will expect Clichy to provide the adventure with a relentless regularity that his crumbling knees and advancing years may no longer be capable of.

But he is comfortable with the ball at his feet and quick at moving it, traits that will appeal to Guardiola as well as his status as a home-grown player. Kolarov is the one likely to be sacrificed if the new coach looks to the market to bolster the full-back area, with Wolfsburg’s Ricardo Rodriguez an attractive option at £18 million, but Clichy can still offer the positional awareness, defensive solidity and technical quality that will convince he can be kept on as an understudy.

Clichy has won two Premier League titles and two League Cups with City since being recognised as one of the league’s most accomplished defenders by making the PFA Team of the Year in 2008 and while the Champions League remains missing from his trophy cabinet, he may well get the chance to add it under Guardiola.

Quietly effective and a model of useful consistency, he may not be purpose-built for the new regime but the Catalan coach will quickly find the positives for keeping the French left-back on board.