Having almost spurned the chance to capitalise on the misfortunes of Chelsea and the Manchester clubs and claim the top spot, Arsene Wenger has been getting a lot of stick from Arsenal supporters. However, thanks to the unavailability of ready replacements and Wenger lining Stan Kroenke’s pockets exactly how the American wants him to, he will likely see out his contract that runs until 2017.

Setting foot in his twentieth season as the Arsenal manager, he will undoubtedly look to end his association with the London club on a high note next season. However, to do so, he shall have answers to the following five questions.

Will Giroud be a starter?

Much like Arsenal as a team, Olivier Giroud has struggled for consistency, with Theo Walcott often getting the nod ahead of him before he reinvented himself, scoring 10 goals between November 26 and January 13. With Arsenal being in dire need of goals and motivation, however, his goals has dried up in the second half of the campaign, going goalless for 10 hours and 19 minutes – and counting – in the league.

Much to the supporters’ delight, his dip coincided with the return of Danny Welbeck, who has bagged four goals since his heroic return against Leicester City in mid-February. The French striker is currently reduced to substitute appearances, as evinced by his role in the crunch clashes with Everton, Tottenham, Barcelona, and Manchester United.

Wenger defended his compatriot in January, stating the striker would prove his disparagers wrong through evidence but was forced to demote him to second-string not long after. Despite his unique prowess, it remains unknown whether the 29-year-old should still spearhead Wenger’s plan A team.

In the wake of the sending off against Chelsea, Per Mertesacker has spent more minutes on the bench than alongside Laurent Koscielny, with the manager favouring Gabriel Paulista more often than not.

The Koscielny-Gabriel partnership typifies the Gunners’ second half of the campaign as the duo’s impressive display against a physical Romelu Lukaku followed a horror show at Old Trafford. Both talent and vulnerability cannot be overlooked.

As Calum Chambers and Mertesacker are already struggling for minutes, uncertainty prevails over whether Arsenal would sign another centre-back come the summer. With Gabriel making rookie mistakes every now and then, however, Wenger must decide whether to enter what could turn out be his final season at the helm with an error-prone couple shielding the goal.

Does Walcott have an Arsenal future?

Unlike the manager, Theo Walcott does not split opinion as Arsenal supporters have been advocating his sale in unison. Unable to cement a starting berth ahead of teenager Alex Iwobi, he looks past his best already despite never peaking in the first place. As things stand, he is Arsenal’s third-choice centre-forward and fourth-choice right-winger, who somehow makes £100,000 weekly.

With Chris Willock, Jeff Reine-Adelaide and Chuba Akpom striving to find their breakthrough, it appears as though Arsenal will benefit hugely from his departure. Arsenal may not struggle to find potential suitors in the homegrown talent-hungry Premier League.

Whether the Arsenal boss chooses to keep him only to earn six-digit wages for bench warming should be one of the major talking points at pubs in London.

Will Ozil still be a Gunner next season?

As his nobility is well documented, it is highly unlikely that he would abandon Arsenal for a better paycheck; however, doing so in favour of playing for arguably the best club in Europe is likely.

Though the German’s mindset can hardly be assessed by virtue of his body language, it can be speculated that he is not very happy at Emirates Stadium. Arsenal should prove their desire by signing world-class players with whom their MVP can kick the ball about next season as retaining his services is imperative to be in the mix for the English title next season.

Can this Arsenal mount a title challenge?

Mohamed Elneny, Iwobi and Welbeck have all proved they can carry the team when the first-teamers are underperforming or on the sidelines. However, whether they can produce results against teams managed by Pep Guardiola, Antonio Conte, or Claudio Ranieri, let alone end the 12-year title drought is uncertain.

With the inflow of television money, every team will definitely strengthen their lineups, thereby making the competitive Premier League even more so.

Accordingly, not signing required reinforcements could result in Wenger’s final season as a manager becoming his career low. 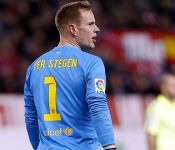