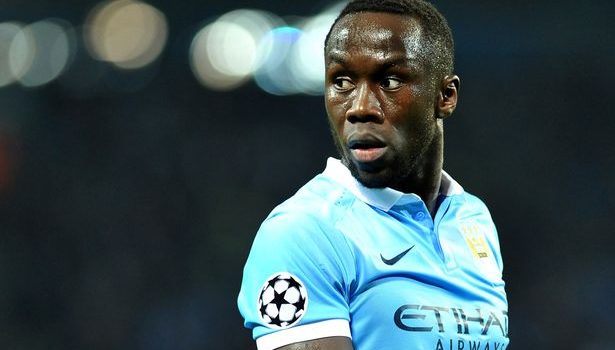 Bacary Sagna became the latest in a long line of players to swap the Emirates for the Etihad in the summer of 2014. Although he struggled for game time during his first season in Manchester, Sagna has established himself as a regular in the side this term although the jury is still out over whether he was right to leave the Gunners after seven seasons at the club.

The French defender was a popular figure in North London and made the right-back position his own almost immediately after joining from Auxerre in 2007. He was Arsene Wenger’s preferred option at right-back for the duration of his seven years at the Emirates and his final season at the club was the one where he chalked up the most Premier League minutes so it was a bit of a surprise to see him depart at the end of the campaign after failing to agree a new contract.

With Sagna the wrong side of 30 at the time and now 33, Wenger may have viewed it as a chance to look to the future and given the emergence of Hector Bellerin, they haven’t really missed Sagna all that much.

The Frenchman may well have lost his place to the 21 year old Spaniard had he stayed at the club for much longer so perhaps the time was right for both parties to move on.

Time to settle in

However it has taken until this season for Sagna’s move to Manchester to look like a wise one, at least from a football perspective. He may be earning more money now than he was in North London but the majority of his debut campaign for the defending Premier League champions was spent looking on from the sidelines.

Sagna was an unused sub for 23 of City’s 38 games in the Premier League last season with Pablo Zabaleta the preferred option so it was a frustrating campaign for the Frenchman. However an early injury to Zabaleta this term and some poor performances from the Argentine has helped Sagna to get his chance.

He has been fairly assured at right-back as he was for the vast majority of his 7 years at Arsenal and Sagna has made 25 Premier League starts this season although it has been one of struggle for his team in the league at least.

He has at least added another medal to his cabinet following the League Cup final win over Liverpool, which Sagna started to secure the third major trophy of his career and he should feature as City make their bows in the last eight of the Champions League in April.

His ascent to first-choice starter for Man City has been timely too with Euro 2016 in France just around the corner. Sagna has 49 caps for his country and will certainly be eager to feature on home soil this summer in what could well be the swansong of his international career.

In that respect, his decision to move North now looks to be the right one as his chances of making the France squad let alone team would have been slim had he stayed longer at Arsenal and perhaps had to play second fiddle to Bellerin.

The one big disappointment for Sagna will have been his team’s failure to compete for the Premier League title during his two years at the club.

With City four points behind his former club and a massive 15 points off leaders Leicester as it stands, his move has turned out to be something of a sideways one when he certainly would have believed he’d stand more chance of winning an elusive league title in Manchester than he would have at the Emirates.

It’s unlikely he will have too many regrets though and given Sagna’s contract at the Etihad has one more year to run, he could feature again next season although a lot depends on Pep Guardiola’s summer overhaul which is likely to be quite extensive.