Mohamed Elneny: The Egyptian Could Help Arsenal to a Long-Awaited Title 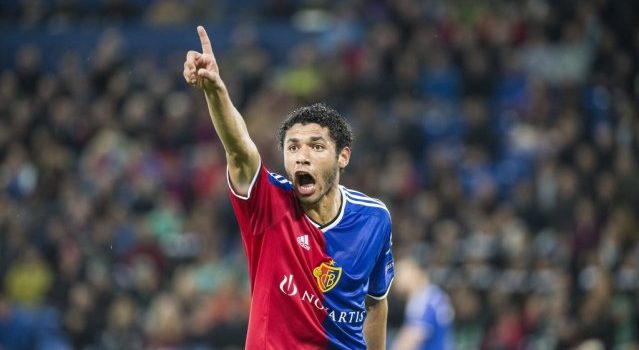 Mohamed Elneny: The Egyptian Could Help Arsenal to a Long-Awaited Title

Luke Freeman, now of Bristol City, arrived in 2008 and moved to Stevenage four years later after failing to make a single first-team appearance for Arsenal. Andrey Arshavin moved from Zenit St Petersburg a year later for £15 million move and, despite a bright start to life in the Premier League, would gradually burn-out before heading back to Russia for nothing in 2013.

Then came sentimental returns for the ageing Sol Campbell and Thierry Henry with the following years peppered by the insignificant arrivals of Wellington Silva, Ryo Miyaichi, Samuel Galindo, Thomas Eisfeld and most recently Krystian Bielik.

Bielik, who has played just 30 minutes of senior football for the Gunners over the past 12 months, moved to the Emirates in the same window as Gabriel Paulista who, having established himself as a back-up to Per Mertesacker and Laurent Koscielny, can be argued as good business.

Nacho Monreal, who made an £8 million move from Malaga in 2013, has moved ahead of Kieran Gibbs as Arsene Wenger’s first-choice left-back and is the pick of the bunch from the Frenchman’s forays into the January market since Abou Diaby, Emmanuel Adebayor and Theo Walcott, who total a combined service of 24 years, were signed in 2006.

It all makes for a poor record in the January window for Wenger who probably agrees with Alex Ferguson’s withering assessment back in 2012 when he said the January market carries “no value”.

Wishing for better fortunes with the Egyptian

Wenger will be definitely wishing for more luck this time around as finds himself dipping into the January sales for FC Basle’s Mohamed Elneny. The Egyptian international is reportedly days away from completing a £7 million move to Arsenal as he awaits international clearance and the completion of a medical.

“It’s complicated a little bit but we work hard on it,” said Wenger. “I hope in the next two or three days we get to the end of it.”

Elneny, who has won the last three Swiss league titles with Basle, will be a welcome addition to Arsenal’s injury-hit squad and, in a problematic position for Wenger, could be pivotal in their hunt to secure a first league championship for twelve years. With Francis Coquelin currently in the middle of a projected-12 week absence with a knee injury, Wenger will have to conquer his seemingly natural aversion to signing defensive midfielders in order to bolster his engine room.

“He [Elneny] will at least be one of the signings and comes into an area where we are short at the moment”, says Wenger and with Arsenal still occasionally showing signs of vulnerability in areas ahead of their back-line, Elneny’s combative and energetic style would be a huge boost.

Coquelin’s emergence may have convinced Wenger of the need for a defensively-minded option in his midfield but there are concerns over the Frenchman’s limitations on the ball, which Elneny’s pass completion rate of 92.4% this season in Switzerland should go some-way to allaying.

Mathieu Flamini offers a hawkish midfield presence and a wealth of experience but at the age of 31 is finding first-team opportunities increasingly rare.

Bags of energy and experience

Elneny is 23 and has bags of energy, he was one of only four players to cover more than 80 km after seven games of last season’s Champions League.

He also has the experience of almost 100 league appearances for Basle and 39 caps for Basle whilst being at the age that still has his best years well ahead of him. The signing of Elneny will allow Wenger to refresh a midfield that includes the likes of Mikel Arteta and Thomas Rosicky on the wrong side of 30 whilst gaining, especially pleasing amidst the current batch of injuries, a player who is seemingly never injured. Since 2013 Elneny has missed just four games, three of them owing to an arm injury that ruled him out for 12 days.

The Egyptian’s irrepressible stamina allows him to finish games strongly, often preying on loose balls on the edge of the box before testing the goalkeeper from distance, he averages 1.4 shots per game from outside of the box this term and one such effort coming this season against Luzern.

Elneny, scorer of eight goals over the past season and a half, has developed a reputation in recent seasons for his ability to unleash accurate and powerful long-range strikes and will give Arsenal a more direct option from midfield to complement Aaron Ramsey or Santi Cazorla.

Elneny may offer the fitness and the impressive shooting to be a potent threat as a box-to-box midfielder but his average of 2.4 tackles per game to go with two interceptions per game suggests he would be better off being fielded by Wenger as a solid defensive screen as Arsenal aim to avoid any repeats of the capitulations to West Bromwich Albion or Southampton as the second half of the season swings into view.

Wenger, given his past history and his instinctive aversion to making moves in the transfer market, may believe there is little value in the January window but in Elneny, a long-awaited addition to his centre-midfield, he may well have found it for £5 million.

That fee may not get William Carvalho, Sven Bender or Grzegorz Krychowiak, but it may be the reinforcement that helps to finally land Wenger his fourth title.