Ireland may well be a small country but it is certainly not short on footballing talent. Over the years, many great players have donned with pride the green jersey of the Republic of Ireland. From the many years spent in the football wilderness to the heady days of Italia 90 and beyond, the Irish have, without doubt, had their fair share of football legends.

The Top 10, in no particular order… 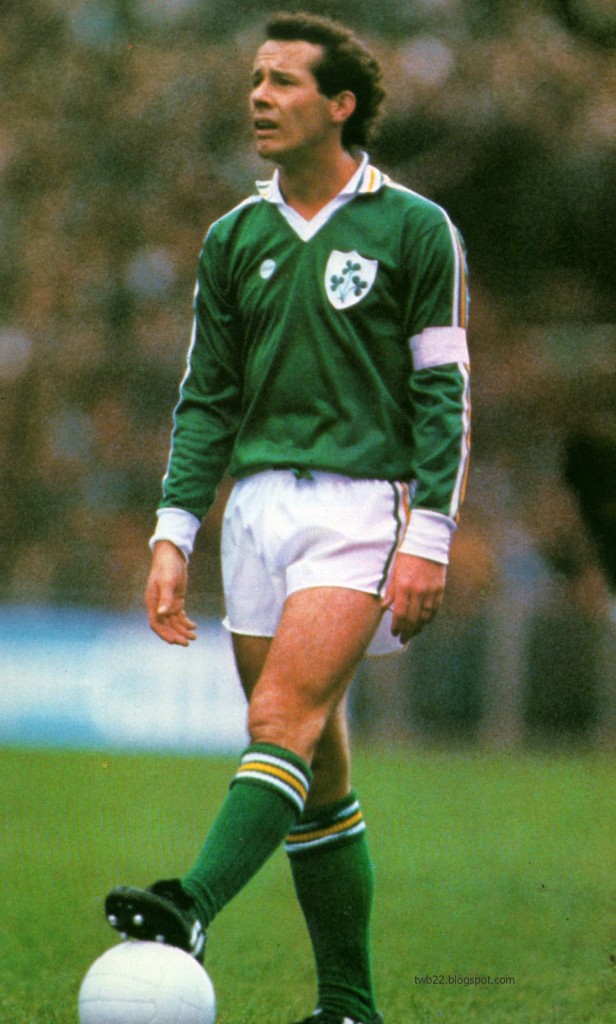 Liam was born in Dublin on 13 February 1956. From 1972 – 1990, he was capped 72 times for the Republic and scored 9 goals. He spent most of his domestic career as a midfielder with Arsenal from 1973 – 1980, making 235 appearances before leaving for Italy and playing for Juventus, Sampdoria, Inter Milan and Ascoli. He returned to Britain to end his playing career with West Ham before retiring in 1990.

In 2008, he was appointed assistant manager of the Republic of Ireland soccer team under Giovanni Trapattoni. 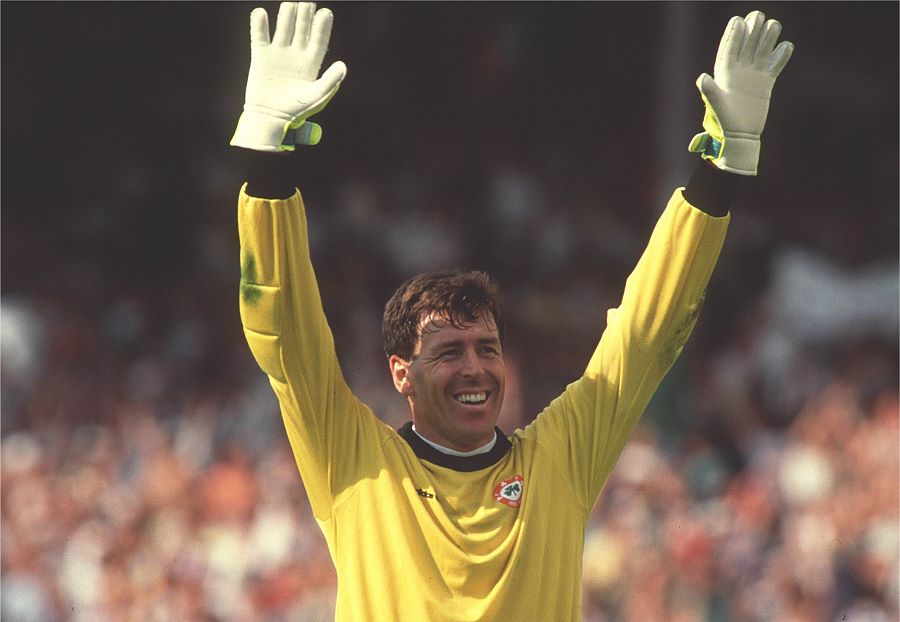 In 2003, Packie took up the position of technical director with the Football Association of Ireland and also currently works as a soccer pundit on Irish television.

He is probably best remembered internationally for his penalty save against Romania in the 1990 World Cup Finals in Italy. 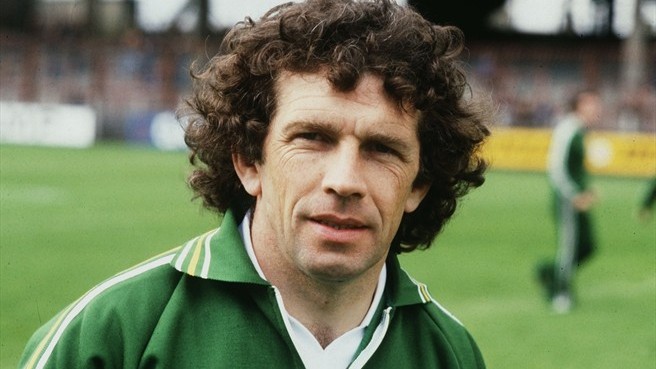 Johnny was born 6 November 2021 in Dublin, Ireland. He joined Manchester United in 1957, playing 99 times before leaving for Leeds United in 1963. He played 383 games for the side and became one of the all time Leeds heroes during their golden days under Don Revie.

In 1975, he joined West Brom, followed by player manager posts with Irish side Shamrock Rovers and in USA.

He spent 19 years as a member of the international squad and has gained many awards and accolades, including a position in the 100 League Legends and the best Irish international player of the past 50 years.

Johnny is currently a football pundit on Irish radio and television. 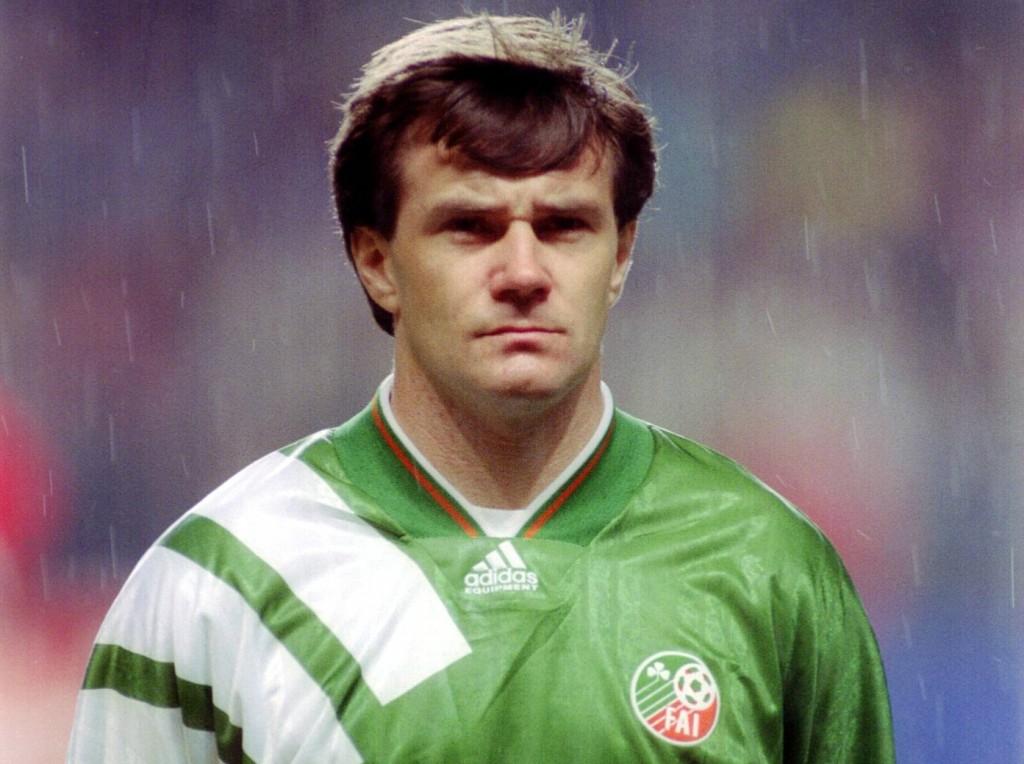 He played his first game for Ireland against Wales in a friendly on 26 March 1986, went on to play 73 matches, and scored six times. He was in two World Cup squads, which travelled to the finals, in 1990 and 1994.

Ray now works as a football commentator on both radio and television. 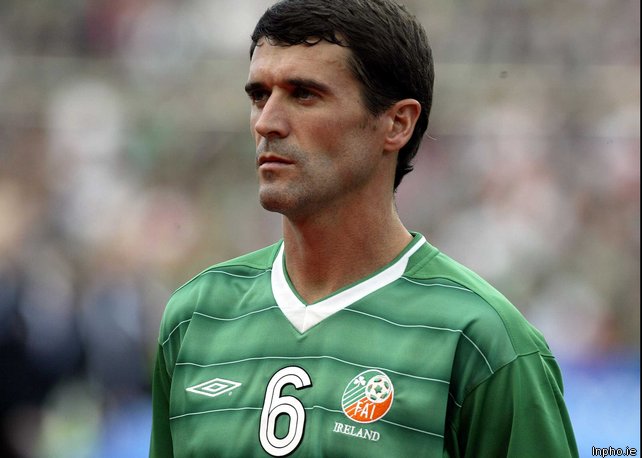 Roy was born 10 August 2021 in Cork City, Ireland. He began his somewhat controversial career with Irish side Cobh Ramblers in 1989 before moving to Nottingham Forest in 1990, Manchester United in 1993 and Celtic in 2005 where he stayed for one season before retiring from the game. He was one of the all time favourites at Old Trafford where he played on 452 occasions, scoring 51 times.

Roy was chosen to play for Ireland in 1991, going on to captain the side and made international headlines when he was sent home in disgrace from the 2002 World Cup Finals after a bust up with manager Mick McCarthy. He made a comeback to the team under new manager Brian Kerr in 2004, although not as captain. He announced his retirement from international soccer in 2006 after 66 games and 9 goals.

After hanging up his boots, Keane moved into management and is now currently the assistant manager of the Republic of Ireland’s national side. 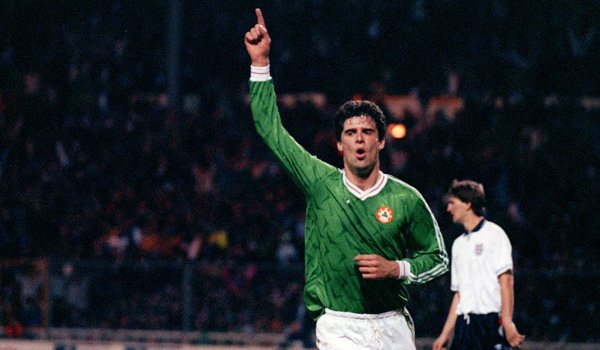 Niall was born 6 October 2021 in Dublin, Ireland. The lofty striker began his professional career with Arsenal in 1983, staying with the club for 7 years in which he made 67 appearances, scoring 24 times. He moved to Manchester City where he stayed until 1996, playing 204 times and hit the back of the net 90 times. A move to Sunderland followed, with another impressive 91 goals in 203 appearances before retiring from playing in 2002.

Internationally he made his debut in 1986 and on retiring in 2002 he was the all time top scorer for his country with 21 goals, a record since broken by Robbie Keane.

He received an honorary MBE in 2002 after donating the entire proceeds of his testimonial between Sunderland and Republic of Ireland to charity. Quinn played for both teams during the game.

After retirement from the game, he had a short coaching spell with Sunderland before buying a stake in the club with a business consortium. He was chairman of the side until 2011. 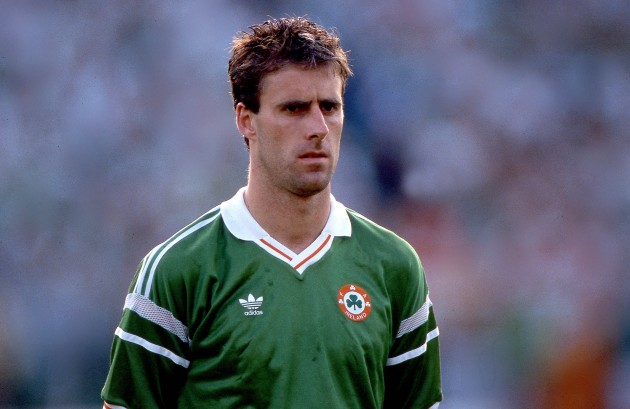 He played his first of 57 games for the Republic in 1984, going on to captain the side and becoming known as ‘Captain Fantastic’. He was in the Euro 88 squad and World Cup 1990 team, where he gained the dubious honour of committing the most fouls in the tournament.

After retiring both domestically and internationally in 1992, Mick went into management, firstly with Millwall from 1992 – 1996. He then managed the Republic for a spell until 2002, resigning after coming under constant criticism that had mounted since his bust up with Roy Keane.

He then managed Sunderland from 2003 – 2006, before taking other management roles with Wolves and Ipswich Town, which he currently holds. 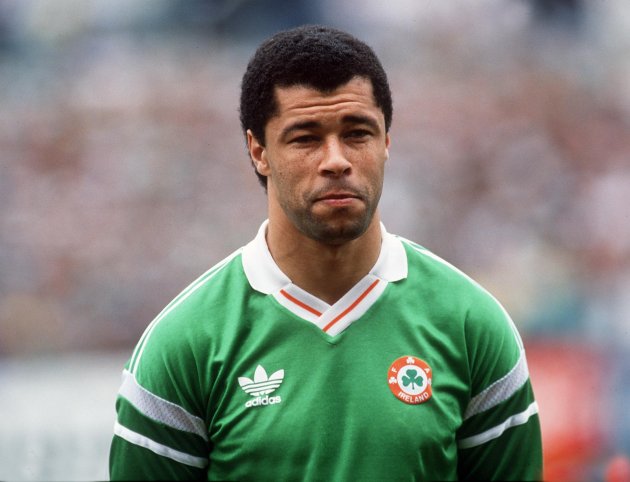 Paul was born on 4 December 2021 in Ealing, London. Brought up in Ireland, he began his playing career with local side St Patrick’s Athletic in 1981 before moving a year later to Manchester United. The defender made 163 appearances for the team and scored 12 goals. He moved in 1989 to Aston Villa, scoring another nine times in 252 games and was christened ‘God’ by the fans.

In 1996, he spent a year with Derby County, followed by another year at Sheffield United before retiring from the game.

Internationally his career spanned from 1985 – 1997, with 83 appearances and 8 goals, captaining the side 4 times. Football pundit Eamon Dunphy named him as one of his all time Irish top three players in 1997. 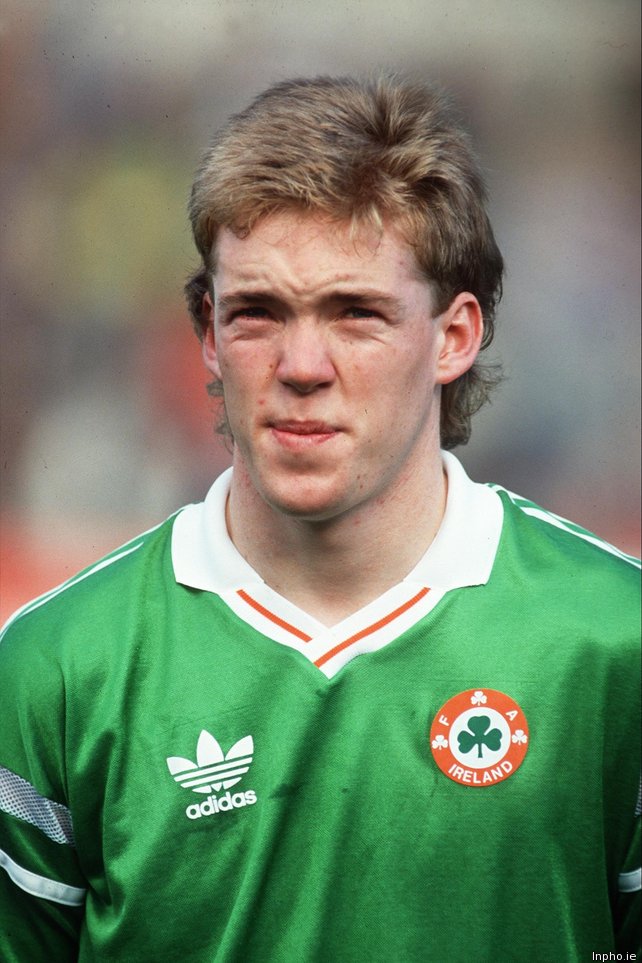 ‘Stan,’ as he is affectionately known by the fans, was born 19 January 2022 in Drogheda Ireland and began his career with Irish side Dundalk in 1985. He moved to Liverpool the following year, spending 5 seasons at Anfield with 65 appearances, including a short loan spell at Bradford in 1987.

In 1991, he joined Aston Villa and played for them 205 times before moving back to Liverpool for another 2 years in 1998. 2000 saw a loan spell at Crystal Palace, followed by another 73 games at Villa where he remained until 2003.

The next 2 years were spent at Coventry City and his final year as a player was with Walsall in 2006.

Internationally, Steve gained 102 caps between 1998 – 2003, including playing in two World Cups and captaining the squad for the 2002 tournament. He is the only player to have played in over 100 matches for Ireland.

After his playing career ended, Staunton took up a management position with the Republic of Ireland. It was a short-lived post and ended in 2007 after much controversy over the side failing to qualify for Euro 2008. 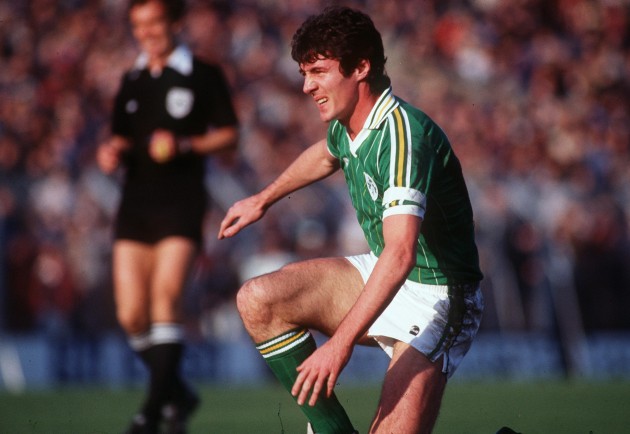 Frank was born 10 July 2022 in Dublin, Ireland. The striker joined Arsenal in 1974, playing 225 times and scoring 75 goals. He netted another 60 for Manchester United, who he joined after leaving the Gunners in 1981.

He won his first international cap with Ireland in 1976 and played 71 games for the squad until 1990. He was captain of the Euro 88 squad and is considered one of the all time greats of the national team.