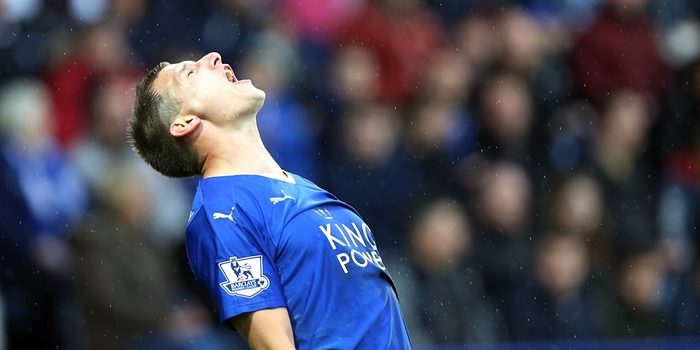 Leicester City’s rise to the top of the Barclays Premier League table under their new boss Claudio Ranieri has been nothing short of extraordinary. The Foxes haven’t just got lucky, they’ve got there on merit and done it in some style, too.

When you look at Leicester’s incredible rise to the top, the names that stand out above the rest are the likes of Jamie Vardy, who recently broke a Premier League record by scoring in 11 consecutive games – and Riyad Mahrez, who’s form this season has seen him linked with a January move to the likes of Arsenal and Manchester United. However, one player that has seemingly slipped under the radar this term is the influential Marc Albrighton.

The winger has been in sensational form this year, and the Foxes owe an awful lot to the former Villa man for his superb trickery and service from the wide areas.

Resurrection at the King Power and England hopes

The 26-year-old broke through the youth system at Villa Park, and despite an excellent start to his footballing life at Aston Villa, Albrighton’s career hit the buffers somewhat, prior to his move to the King Power.

Nevertheless, after signing for the Foxes at the start of their Premier League journey in the summer of 2014, the pacey midfielder has not only revitalised his career, he’s gone onto become one of Leicester’s most important and standout stars, also.

Whereas all the attention has been on the record-breaking Vardy and the dazzling Mahrez, Albrighton has got his head down and put in some stunning performances for Ranieri’s side. With six assists to his name and numerous faultless displays, the former Villa youth product has been touted for an England call-up – and judging by Vardy’s impact on the national side, it wouldn’t be a bad idea for Roy Hodgson to give the ex-England U21 international a chance to showcase his talents for the senior side.

Important win, which keeps the Foxes on top

The Foxes welcomed Jose Mourinho’s out-of-sorts Chelsea to the King Power Stadium last night and managed to come out victorious with Marc grabbing an assist for Mahrez’s winner. The win for Leicester took them back to the top of the Premier League table and kept the Blues in 16th place – it’s hard to figure out which stat is the most shocking out of the two.

However, Leicester deserve to be where they are right now and who knows how far they can go? One thing is for sure, hard-work, perseverance, sheer determination and no lack of skill has put Marc Albrighton’s stuttering career back on track - and the Foxes’ unsung hero has undoubtedly done enough to at least be considered for a national call-up in the not so distant future.