Akinjide Idowu: The Nigerian Human Shield under the watchful eyes of Celtic and Udinese 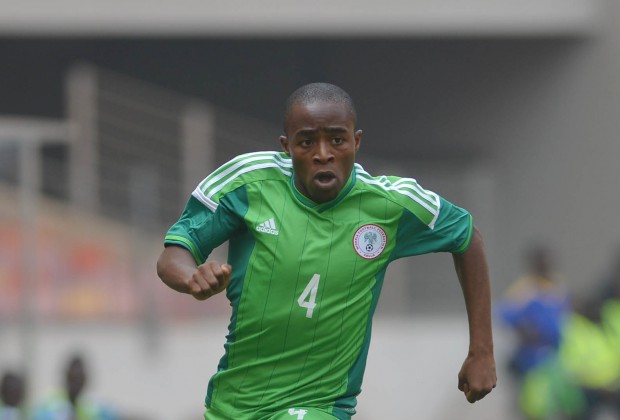 Akinjide Idowu is definitely not the most popular from the present crop of the Nigeria U20’s, but the young lad has been tipped for great things. The 18-year old defensive midfielder is seen as a future leader in the Super Eagles, and most European clubs agree as they have been circling him for quite a while.

Akinjide Idowu is yet to play for a professional club, but has featured for Nigeria at the U17 and U20 levels. He was the anchor man in midfield as Nigeria won the 2013 FIFA U17 World Cup in the United Arab Emirates, and also played a key role as Nigeria got to the second round of the 2015 FIFA U20 World Cup.

He is seen to possess the marking ability which the Nigerian national teams have lacked in recent years.

Nigeria U20 coach, Manu Garba once said Akinjide Idowu can ‘mark the devil out of a game’. That, of course, may have been a figurative expression, but it is a testament of Idowu’s marking ability. Though not the tallest at 1.71m, Idowu also boasts the ability to win possession easily in the air. He has often been referred to as the ‘human shield’ by teammates, and can also play in a variety of positions.

He has sometimes filled in at right-back and central defense, which shows he is not a ‘one trade’ man.

Idowu has featured in over 50 games for both the Nigeria U17 and U20 teams respectively. He played all 6 matches for the Nigeria U17 as they finished second at the 2013 CAF U17 championship in Morocco. Though not a prolific goalscorer, but Idowu had his fair share of goals, during the qualifying campaign for the U17 championship, scoring two goals.

Idowu has tested with Norwegian club, Sogndal, and almost signed with Czech club, Sparta Prague just before the 2015 Africa Youth Championship. It remains unclear the club he will sign with eventually, but Italian club, Udinese and Scottish champions, Celtic are monitoring the 18-year old. The midfielder has also reportedly held talks with Spanish club, Almeria.

“I’m very happy with I’m doing at the moment but I know I still have to keep improving. I need to improve in my ball distribution and passes but I know I have made significant progress. When I sign with a club, I will improve in these areas and will become the player I know I can be. I will be one of the best midfielders around, I’m sure of that,” he told sl10.ng in April 2015.

Last reply was 3 days ago