Nicolas Otamendi: Why The Man City Signing Was Worth the Huge Price-Tag 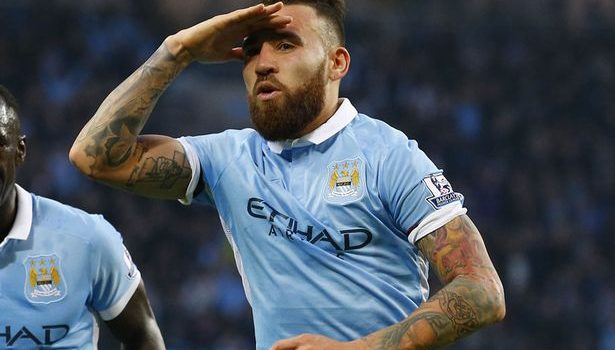 Nicolas Otamendi: Why The Man City Signing Was Worth the Huge Price-Tag

Manchester City decided to shell out £32 million for Nicolas Otamendi in the summer as they felt that tightening their defence was a sure way of winning the title this season. The 27-year-old arrived at City with a big reputation, having been widely regarded at the best defender in La Liga for Valencia last season, even eclipsing the likes of Sergio Ramos in terms of consistency and quality.

For someone coming from the La Liga, the transition to a more physical Premier League could have been hard for the player but Otamendi showed his class as he has seamlessly adjusted to a new country and league, and become a rock solid centre-back for the Citizens.

Since City’s domination began about five years ago, it has been rare for them to have a defender consistently playing well whose name is not Vincent Kompany. The City captain is of course, a very solid centre-back but he has been struggling with injury issues this season.

The recent dip in City’s defence and form in general has coincided with their Belgian captain being out with injury. It’s a real shame because Otamendi and Kompany had formed an effective partnership at the back.

Aggressive and comfortable with the ball

The Argentinean is an aggressive defender. Not only is he comfortable in possession, he also possesses the physical strength to trouble his opposition strikers. There were doubts about his stature as well as lack of acceleration, but his aggressive style makes up for that.

In his debut season at the Etihad, the defender has played in 20 league matches and averaged 3.1 tackles and 3.2 interceptions every 90 minutes, illustrating his two major strengths.

He is the sort of defender who prefers to be proactive and play challenges early, as opposed to sitting back and allowing forwards to have more control in the box. While that can be risky, it’s something that worked for him on more occasions than not.

However, the fact that it’s risky means he has had moments of uncertainty where him being too much on the front foot has resulted in the presence of big holes in the defence.

Otamendi has done well with Kompany at the back but has struggled with Demichelis as well as Mangala. That is down to the fact that he plays a risky game but someone like Kompany can cover for his mistakes at the back, when and if he makes them.

Demichelis as well as Mangala have been error prone and poor individually themselves so it is difficult to expect them to make amends for another defender out there.

Overall, it has been a good start of things for Otamendi in Manchester. While he might not have taken the league by storm in his debut season for the club, he has done a good enough job. Had Kompany not got injured in the middle, perhaps City could have been in a better position at this point of time because with the two at the back, they genuinely looked incredibly non-porous.

His performances have proved that the City ownership hasn’t spent a huge amount of money on a below-average defender like Mangala in the previous season.

With an effective partner at the back like Kompany, Otamendi has proved he can be an inspired choice to have at the back so one expects his performances to only become better with more experience in the Premier League.