Bastian Schweinsteiger: Man United capture the imagination as well as the Bayern legend 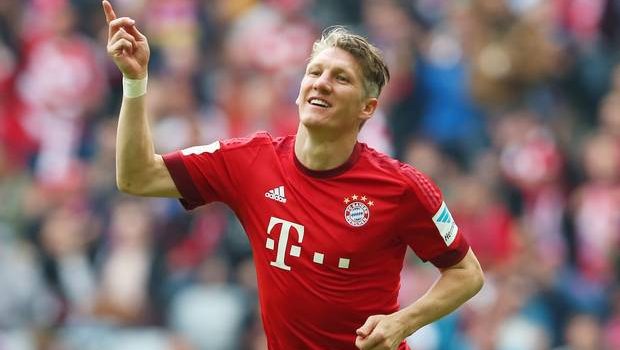 Bastian Schweinsteiger: Man United capture the imagination as well as the Bayern legend

Perhaps it was the speed of it that surprised. Even when Pep Guardiola had informed Bastian Schweinsteiger that a path out of Bayern Munich was free if he chose to take it, not many would have expected the midfielder to leave the club he has served for 17 years. But virtually out of nowhere arrived the news that Manchester United were closing on a deal to take the 30 year old to Old Trafford in what is one of this summer’s more captivating transfers.

Though Schweinsteiger will receive a significant increase in salary, signing a three-year deal worth £140,000 per week, a fee of £15 million for a player who still remains in the elite bracket is excellent business. Though Guardiola’s desire to freshen his team with his Barcelona prodigy Thiago Alcantara has accelerated Schweinsteiger’s exit, United are still getting a significant member of Germany’s World Cup winning squad of last year as well as a pivotal figure in Bayern’s last three consecutive Bundesliga triumphs.

Schweinsteiger brings with him a wealth of experience and perhaps more importantly for a team who are aiming to restore themselves as title challengers, a winning mentality as a veteran of eight Bundesliga titles, seven German Cups and one Champions League across the 536 appearances for his country’s most successful club.

He is Germany’s current captain and tasked with leading the World Champions into next year’s European Championships in France, manager Joachim Low has said how he feels the move will benefit the player.

“I know that he still has big ambitions and goals. He will face the new challenge in England as we all know, with dedication and highly-motivated” said Low, “I expect them [United] to also provide him with a further boost and incentive in terms of the European Championship in France, in which we [Germany] will rely on him and he will lead the national team.”

The number of the midfielder’s appearances and the influence he carries has gradually declined since Guardiola took over from Jupp Heynckes and introduced a more measured approach to the spine of his side, dabbling with both Phillip Lahm and David Alaba as holding-midfielders before Xabi Alonso was signed and Sebastian Rode emerged, pushing Schweinsteiger to a peripheral role.

He would start just 21 times in all competitions last year, exactly half the number he managed in 2012/13 when he was named German footballer of the year as Bayern secured a glorious treble in Heynckes’s last year at the helm.

German football magazine Kicker named him in a continent best XI that season while UEFA ranked him at seventh in their Best Player in Europe award. It is that footballer that Manchester United and Louis Van Gaal are now hoping they have got their hands on, the swashbuckling force who provided Bayern’s centre-midfield drive alongside the more reserved Javi Martinez.

Van Gaal of course knows Schweinsteiger well having coached him for two years between 2009 and 2011 and is likely, having first-hand experience of the German’s vast pedigree, to see no issue with expecting the 30 year old to assume most of United’s midfield responsibilities.

Van Gaal is also still in pursuit of Southampton’s Morgan Schneiderlin who, as the Premier League’s second best tackler last term, would add a large amount of bite in what would be a fearsome engine room when partnered alongside Schweinsteiger and Ander Herrera.

The two possible new arrivals would indicate a permanent shift to a 4-3-3 which makes sense when taking into account the signing of Memphis Depay and Van Gaal’s desperation to find a spot in which Angel Di Maria can settle having watched the Argentine struggle in his first season after making the £64 million switch from Real Madrid.

Furthermore it would also hand Van Gaal with more viable alternatives to Michael Carrick, with whom Manchester United’s best form last season came with him in the side, and the balance he offered that the Dutchman found hard to replace during the 33 year old’s time out with injury.

Of course there has to be some trepidation over the signing of a player who is now advancing into his 30’s, isn’t accustomed to a winter break and has suffered a series of recent knee and ankle problems, but Van Gaal has once again delivered in the aim of delivering world class talent and sparking the excitement in his supporters that accompanies such ambition.

Though he will be hoping that Bayern’s decision to relinquish the player amiably and without too much restraint isn’t a foreboding to another high-profile flop in the mould of Radamel Falcao or even Di Maria.

Despite the collective despair from Bayern fans over the fact they have lost one of their most loyal players, Guardiola shouldn’t have too much trouble in the post-Schweinsteiger transition given he set in motion his gradual phasing out last season. Van Gaal shouldn’t have too much trouble fitting him in either, provided the German stays free of the injuries that have dogged him since 2011.

“Bastian wanted to do something new at the end of his career” said Bayern’s chief executive Karl Heinz Rummenigge on Saturday. With Depay already secured, Matteo Darmain on his way to add defensive steel to the right-back position and possibly Schneiderlin and Valencia’s Nicolas Otamendi to follow, that “something new” is likely to be very successful if the right blend is found.

With their first ever German player in tow as a result of their standing as off-field behemoths, Manchester United are ready to be powerhouses on the field once again.