Danny Welbeck: Why His Return Could Prove Pivotal in Arsenal’s Title Run 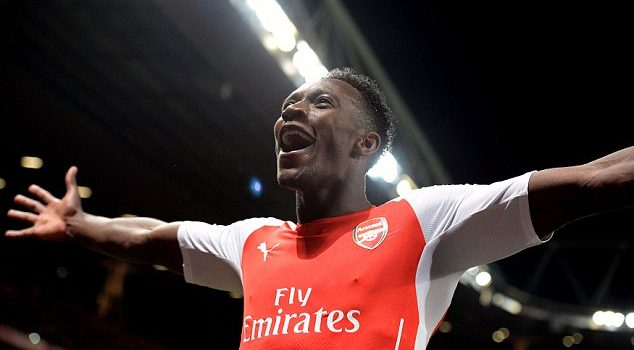 Danny Welbeck: Why His Return Could Prove Pivotal in Arsenal’s Title Run

Danny Welbeck marked his return to first-team football, scoring what could turn out to be the goal that would clinch the Premier League title for Arsenal. However, having played only seven minutes in ten months, can he alter the trajectory of his team’s progress this season?

Arsene Wenger cashed in on Louis van Gaal’s notorious decision to offload every striker to land the England international in September 2014.

Despite notching only nine goals in 27 competitive starts for the Gunners, he has earned the fan-favourite tag, scoring decisive goals; including the winner against his former club Manchester United in the Emirates FA Cup last season – Arsenal ultimately went on to successfully defend the trophy.

The England international does not simulate the expectations of the Arsenal faithful, given his uninspiring goal record. Enough has been deliberated about how he possesses traits of both Theo Walcott and Olivier Giroud, but, much to the dismay of his manager, he has failed to match the numbers that the above-mentioned duo boast on their resumes.

Arsenal host Premier League hopefuls in Hull on Saturday afternoon as they embark on an exhausting run of eight games in 29 days before an international break, which will likely add to the fatigue of the first-team regulars. Should they further in cup competitions, April will ostensibly be as hectic a month as February and March are.

Given the recent trend, the Arsenal manager hardly shirks away from cup responsibilities; he will yearn for winning a hat-trick of FA Cups whilst also giving Barcelona a tough fight in the Champions League.

Olivier Giroud has been earning plaudits all season and impressed against the Foxes last weekend with his shrewd hold-up play. However, he has gone goalless in six consecutive games, with him last celebrating a goal in the 3-3 draw with Liverpool. Constantly forced to switch positions, Walcott has failed to threaten his French compatriot for a starting berth.

“I always try to help the team hold up the ball up front,” the former Montpellier striker told Arsenal magazine in the wake of the swashbuckling 2-1 victory over Leicester. “That’s part of my job and it’s what I like to do. I think I’m doing quite well in that part of my job.”

Given the circumstance, Arsenal or perhaps, Giroud will largely benefit from Welbeck starting in somewhat easy games such as Swansea (H) and West Bromwich Albion (H), and even the Arsenal manager hinted in his press conference on Friday morning that he might reward him with a start against the Tigers this weekend.

“I might start him,” he said. “It’s always a good observation of a person when he’s injured for a long time. You look at how he responds to that stress with the effort he puts in and how focused he can be every day. I think he has become a stronger man. I think he can get a lot better, he’s 25 years old and he has experience. He is back to his best physically so I believe the best is to come for him.”

Though his last-gasp winner at Emirates Stadium last weekend hardly emphasizes on the possibility of him going on a goalscoring run, his manager’s viewpoint speaks volumes about what he could offer the London club in the forthcoming weeks. However, he ought to cash in on his limited opportunities, as Wenger may not risk the minimal harmony in the Arsenal starting eleven in crunch fixtures.

Mesut Ozil has taken the English top-flight by the storm this season and has defied odds to form a good partnership with a targetman in Giroud whilst he has always been touted to operate the best behind a pacy forward. With Welbeck, the German playmaker may boast the liberty of playing defense-splitting forward passes and worry the least about the outcome as he can rely on Welbeck’s pace.

In addition, Welbeck also offers an aerial threat and may manage to emulate Giroud’s goalscoring record with headers – seven headed goals and 17 in total.

Welbeck’s return also gives his manager a wealth of options to choose from as the Arsenal roster boasts five forward players for the first time this season. As all five possess exclusive traits, the Arsenal manager may enjoy the lack of restrictions on the tactical front.

Should Arsenal find their early season rhythm and maintain their winning run, only a Steven Gerrard-esque slip can deter the chances of the English title gracing Emirates Stadium.