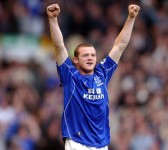 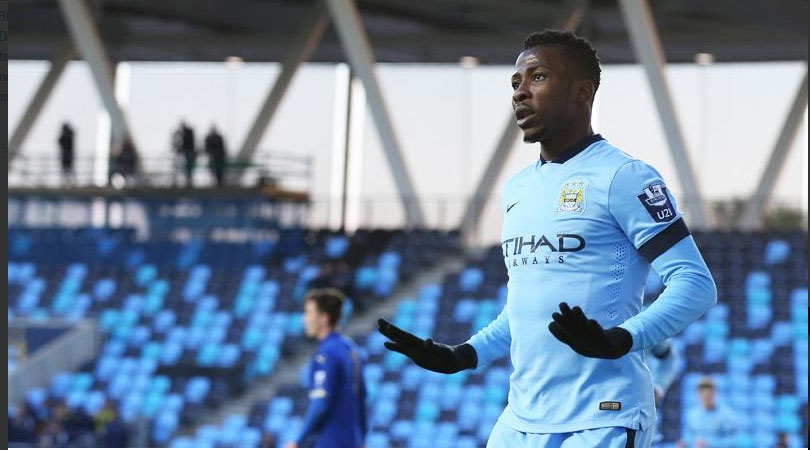 Kelechi Iheanacho is the future of Nigerian football. It is as simple and straightforward as that. The 18 year old attacking midﬁelder has shown beyond any reasonable doubt the sort of talent he is. Blessed with an eye for a pass, packs a powerful shot and full of trickery. The 2015/2016 season is expected to be his breakout season and he has the pre-­‐season tour of Australia to prove himself, not just with Manchester City, but also with the Super Eagles of Nigeria.

‘Nacho’s’ talent has never been in doubt. He was always set for great things and it is only a matter of time before he fulﬁls that big potential of his. A product of Nigeria’s U17 class of 2013, he was very instrumental in Nigeria winning that year’s FIFA U17 World Cup in the United Arab Emirates and it was no surprise he ended up as the tournament’s best player. He is touted to be the long term replacement for Augustine ‘Jay Jay’ Okocha in the Nigeria set-­‐up but ﬁrst he has to prove he can be the player everybody believes he can be.

He is presently in Australia with City and started in their 2-­‐0 win over Adelaide in their ﬁrst pre-­‐ season game of the 2015/2016 season. Work permit and injuries delayed his introduction to the ﬁrst team last season after an impressive pre-­‐season in the United States, but is expected to feature in Manuel Pellegrini’s plans for the new season.

“Manchester City will not send him on loan. Plan A, B and C is for him to remain with the club next season,” a City oﬃcial told the Manchester Evening News in June.

Even Pellegrini himself acknowledges how good the 18-­‐year old is, and spoke of how good he can be in the future.

“A very important player for us in the future,” Pellegrini was quoted in the Manchester Evening News.

Pellegrini added: “It depends on the way he takes this profession, but I think he’s a good talent.”

Iheanacho is a rare breed. Not the fastest of players, but he is blessed with a perfect close control. Besides being a traditional attacking midﬁelder, he can also play in a variety of positions in the attack. He has featured severally for the City youth teams as a wide attacker, a centre forward and as a second striker. Naturally a left-footer, he is quite comfortable with the ball on his right, and scores quite an awful lot of goals for a player who isn’t a natural centre forward.

He has played nine games in FIFA competitions – the U17 and U20 World Cups and has scored six goals in those games (ﬁfa.com) -­‐ an incredible average of 1.5 goals per game in those competitions!

Due to injuries, he only featured ﬁve times for the Manchester City youth teams last season, and scored three goals, including a wonderful solo eﬀort against rivals Manchester United in the FA Youth Cup – which is an average of 1.6 goals a game – and he also made two assists.

According to transfermarkt.com, Iheanacho has a contract with Manchester City until the summer of 2016, but no clubs have really made serious eﬀorts to get him since he joined the former English champions. He was linked with Portuguese giants, FC Porto, before opting for City and he was almost sent on loan to MLS side, Columbus Crew, but injuries meant that didn’t happen.

“I am working hard to keep myself ﬁt and also to break into the ﬁrst team. It is not going to be easy because there are a lot of international players in the ﬁrst so I just have to be patient and keep working hard,” he told Chris Oguguo for sl10.ng in June, 2014. 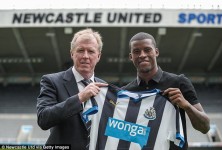 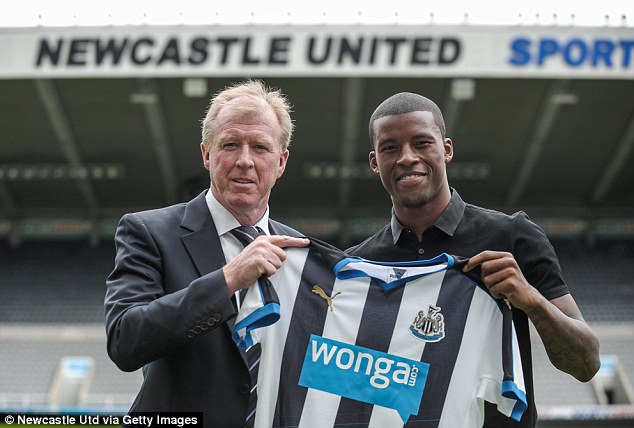 Newcastle manager Steve McClaren is into his first pre-season as Magpies boss and has already said the club are close to “one or two” more signings following the recent acquisition of Dutch international Georginio Wijnaldum.

Here are four realistic, potential signings that could significantly boost Newcastle’s chances in the English Premier League this season.

After plundering 18 goals in the English Premier League last season despite his Queens Park Rangers side being relegated, by the end of the campaign Charlie Austin was on the cusp of making his England debut.

A £15 million fee is being demanded by QPR, with Leicester City having already had a £12 million approach rejected. Newcastle are expected to meet their valuation some time this week and have widely reported to be the club in pole position to sign Austin: betting on the move recently suspended by a number of outlets.

The player himself is said to be keen on relocating to the north-east of England, where his physical strength and uncompromising finishing would add another dimension to Newcastle’s attacking play.

His outstanding goal-scoring record over the past couple of seasons in England makes his acquisition a no-brainer.

The 20 year-old is another striker who has been linked with Newcastle this summer and it was only recently that his family were given a guided tour of St. James’ Park, as the club courted the Serbia international.

A £12 million fee has been mooted in the press and at one point it seemed his acquisition would be a formality, only for the player’s father to intervene: it is believed Mitrovic is now holding out for interest from a club that can offer European football. Chelsea have been linked but it is unlikely Jose Mourinho risk signing a player who is not quite the finished article.

Mitrovic – like Austin – is a towering presence in the penalty area and brilliant in the air. A move to Newcastle would not only bolster United’s attacking stocks but also offer Mitrovic the chance to develop his game in England with regular football.

The Magpies are long-term admirers of Thauvin’s considerable talents and at 22 years-old he fits perfectly into Newcastle United’s transfer policy: one that prioritizes buying young, talented players with a potentially high re-sale value.

Thauvin is not yet a France international but is considered one of the most exciting young players in Europe. His ability to beat players at pace is just the tonic for a Newcastle team desperately lacking in creativity last season.

Indeed, the relative struggles of Remy Cabella – who only joined last season - did nothing to offset the departures of Yohan Cabaye and Hatem Ben Arfa and Cabella will now be used in a swap deal for Thauvin, according to reports.

Nonetheless, his signing could be the surprise of the summer, and might come part of a double-swoop involving his club teammate Aleksandar Mitrovic. The asking price for DR Congo international Mbemba is around £8 million, though the player’s youth means Newcastle will have to invest time in developing the centre-back.

However, a paucity of options in that department – Fabricio Coloccini and Mike Williamson struggled last season, while Steven Taylor’s discipline and fitness troubles are constant – mean that Newcastle manager Steve McClaren will be desperate to sign another central defender before the season starts. 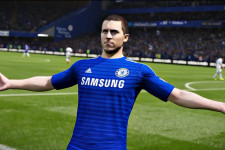 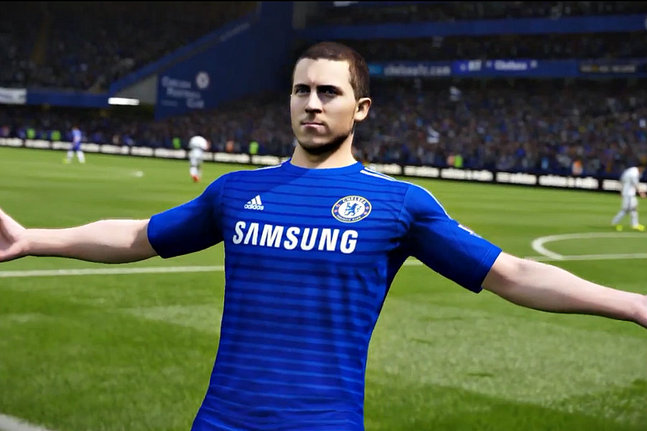 Are you looking for a young but powerful player to add to your team? If so, then we have a list of the ten highest rated young players (under the age of 25) for you to choose from.

Alaba is just 23, but has managed to become one of the best in his position in the world. The left back has won almost everything with Bayern Munich. He progressed a lot last year, which is reflected in FIFA 16 as he is rated 84.

Eriksen is one of the best ball passers in FIFA 16. With 9 assists, he was one of the most influential player in Spurs’ squad last year. The Dane, also aged 23, has a potential of 87, which makes him the best Tottenham player in FIFA 16.

Griezmann was one of the finest midfielders in La Liga last season. He scored more than 20 goals and assisted a ton. He has awesome stats in Dribbling and Pace making him suitable for a fast game play.

The Real Madrid midfielder was brilliant for the Los Blancos when their top midfielders were out injured. He played an outstanding role to cover up their void that he could possible grab a starting role next season. His performance has also increased his FIFA stats from 83 to 85.

Pogba is probably one of few bright midfielders who of which we are sure that they will grow into a great player. His constant improvement each season has seen him become close to among the best in the game. In his FIFA career however, he has almost doubled his stats having started at 47 in FIFA 11.

Gotze has always been lucky. He scored the last minute World Cup final goal, he moved to Bayern Munich in just the right time to win the treble, and he has an almost constant rating in FIFA series for three years. With 91 rating in Dribbling, the German midfielder is among one of the most expensive in FUT 16.

After his brilliant World Cup performance, EA sports increased his 85 rating to 88 in FIFA 15. In the latest version he has an 87 rating because he was out injured most of the season. He however has a lot more potential than he had in FIFA 15.

The Chelsea goal stopper has managed to kick Cech out of the club because of his game changing goalkeeping. He helped his side win the Premier League this season making him one of the best players in the Premier League last season. His FIFA stats has boosted from 84 to 87 with a potential rating of 89.

The former Santos’ attacker won the treble with Barcelona this year. He was very influential as he managed to score more than 20 goals. He will be one of the best attackers in FIFA 16 who is going to be sold probably hundreds of thousands of times.

Finally, the best young player in FIFA 16 is Eden Hazard. The Chelsea winger was at his absolute best last year for the Blues winning the Premier League and Capital One Cup. His FIFA stats has boosted from 86 to 89 making him one of the best in the game. Because he is young and dynamic, he will likely be the most sold player in FUT 16.