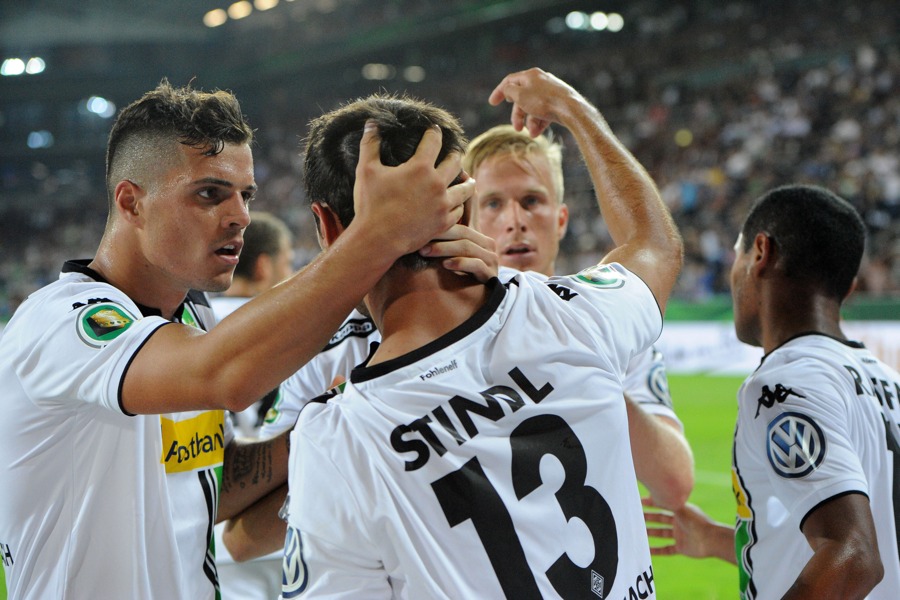 Borussia Mönchengladbach were one of the sides to really shake up the natural order in the Bundesliga last season and they are looking good to repeat the trick this time around. At the half-way mark in the season Gladbach are in fourth place and right in the mix for securing another crack at the UEFA Champions League next term.

That is remarkable given their nightmare start to the season in which they lost all of their opening five Bundesliga matches. It led to the resignation of coach Lucien Favre, who had revived one of the sleeping giants of German football during his four years at the helm.

With Gladbach struggling for goals and conceding plenty, there seemed no way that Die Fohlen would be able to get anywhere close to the third place finish they had achieved in the 2014/15 campaign.

However André Schubert, who was initially appointed only on an interim basis has instigated a dramatic turnaround in the club’s fortunes. Gladbach have won nine of their 12 league matches since the arrival of the former St Pauli boss, losing just once to move from the bottom of the table to above the likes of Bayer Leverkusen and Schalke and into the top four.

They are still conceding more goals than they might like but some of their forward play has been exceptional and whether they are home or away, Gladbach play attacking football and create plenty of chances.

Their star performers include Lars Stindl and Ibrahima Traore, two players in the peak years of their careers and in the form of their lives.

Skillful winger Traore has been a major plus having not been considered an integral player in the last campaign. His ability to run with the ball and get a cross in has added another dimension to Gladbach’s attacking play although the Guinean is equally adept and getting back and working hard to do a defensive job for the team.

Lars Stindl has also proved a shrewd acquisition at just €3million from Hannover in the summer. He has started all but one of Mönchengladbach’s Bundesliga matches this term, scoring five goals including the second goal in their win over league leaders Bayern Munich and he added a further three strikes in the Champions League group stages.

Eager to get back to action

With the roll they were on, Gladbach probably didn’t need the winter break and will be eager to get back to action when they face a crucial home match with second placed Borussia Dortmund in a fortnight as the second half of the season commences.

European qualification now looks a very realistic aim and there is every reason to suggest that Schubert’s side are capable of gracing the group stages of the continent’s premier club competition again next season.