Around this time last year, many Chelsea fans were scratching their heads thinking “why pay 20 odd million pounds for a player who is sitting on the bench” in reference to Romelu Lukaku. Now, many of the same Chelsea fans are desperate for him to return. Lukaku’s loan move to West Bromwich Albion has worked 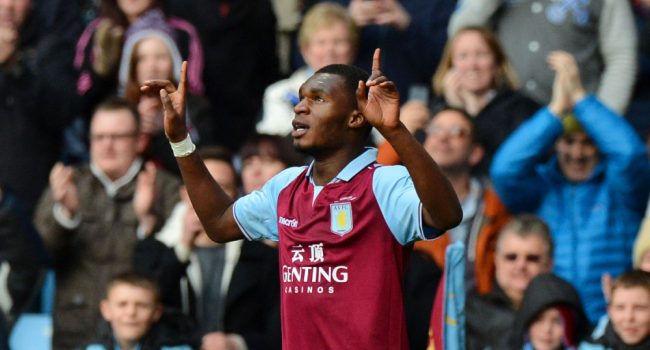 On March 1st, Aston Villa announced their accounts for 2011/2012 which gave a firm insight into their decline from successive sixth place finishes under Martin O’Neil to relegation candidates under Alex McLeish and now Paul Lambert. Under O’Neil, the wage bill climbed to £71 million, accounting for 85% of the club’s annual turnover and, having 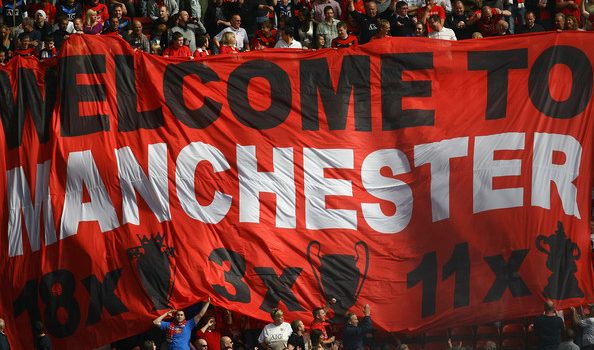 The Premier League’s Most Passionate Fans and Supporters

Football is a sport with some of the most passionate fans in the world. Unlike most other sports, football has the ability to change people, and can turn even the most quiet and pleasant person into a loud, aggressive fan who will do anything for their team to win. It has by far one of the 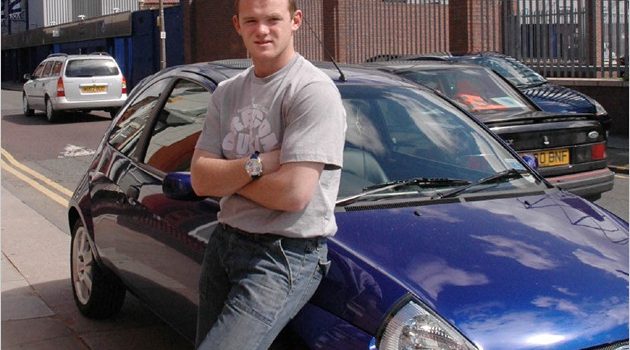 The Worst Cars Driven By A Footballer

Whether it’s a promotional stunt, a bit of Public Relations work or if the money and fame has simply went to their head, numerous footballers from all corners of the world have been spotted in what can only be called train wrecks on wheels. Today, however, we’re going to look away from the expensive and 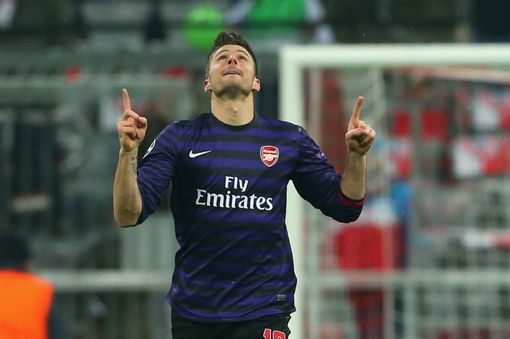 On Wednesday, Arsenal were the last English team to be knocked out of the UEFA Champions League despite beating Bayern 2-0 at the Allianz Arena. But, despite their efforts, they were unfortunately knocked out by the away goal rule. Barely 5 minutes into the match, Arsenal were ahead through the big Frenchman Olivier Giroud after 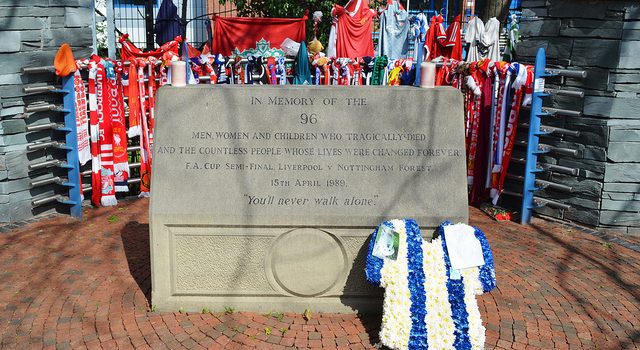 Live football is enjoyed all around the world, and as much is done as possible to keep these events safe. Unfortunately, disaster can strike, and over the years there have been a few tragic disasters that have led to fans being seriously injured or even killed. These events and the people lost are still strongly

Arsenal: Can Benik Afobe overcome his injury woes to fulfill his potential?

20 year-old Benik Afobe has shown plenty of promise while at Arsenal. He is a well rounded footballer and has always been known for his clinical finishing, whether that is on the floor or in the air. He is also versatile and is well able to play on either wing where he uses his pace

Palermo: Zamparini fails to realise the irony of his mad-cap reign with the Rosanero

Since Maurizio Zamparini assumed the presidency of Palermo back in 2002, there have been 27 different managerial changes at a club that is becoming the poster child for short-termism. The latest man to step up to the job is Giuseppe Sannino, the coach with whom Palermo started the season. Since his sacking in September, Gian 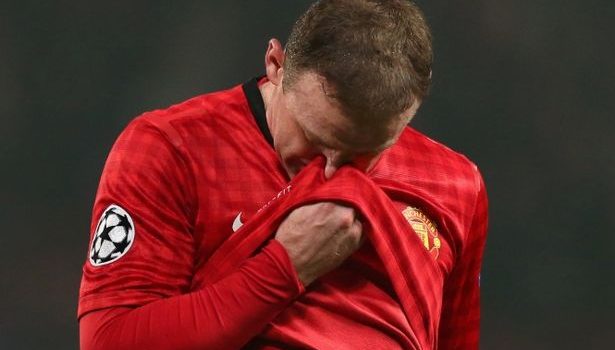 Manchester United were the third English team to be knocked out of the UEFA Champions League after losing at home to Madrid in the most surprising manner,  after winger Nani was sent off for a rash challenge on Alvaro Arbeloa. To most United fans, it wasn’t a red card and the referee should have been

Liverpool: Who should take over the departing Carragher as the Reds’ vice-captain?

For years, Jamie Carragher has been a key player for Liverpool in defence. Other centre back’s have come and gone, but Carra was always there shouting at his teammates and organizing the defensive line. But after years of loyal service to the club, Carragher has decided to retire at the end of the season. Liverpool

Reading: It’s a strange time for a sacking as the Royals cut McDermott

On February the 6th, Brian McDermott was handed the Premier League’s Manager of the Month award for pulling Reading clear of the relegation zone with wins over West Ham, Newcastle, West Bromwich Albion and Sunderland whilst also battling to a draw against Chelsea. A run of just one defeat in seven saw McDermott take the

What makes a manager great? Is it his ability to win trophies? His man management?  His tactical genius? Or is it the ability to get the best out of his players no matter what the hindrances are? For Chilean Manuel Pellegrini, that is what this season has been about, despite his chairman sanctioning sales of 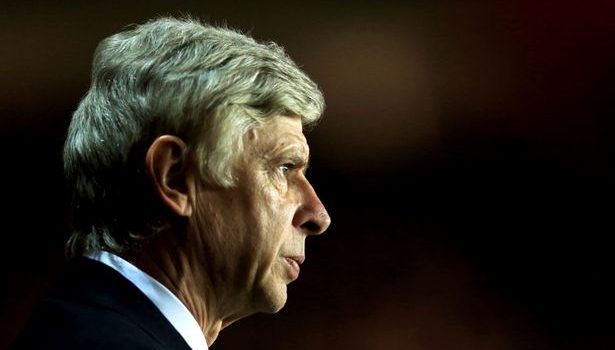 Arsenal: Who can replace Wenger?

A topic which has split Arsenal fans, is the controversial managerial situation. Some say that Wenger is still the right man for us and, should he be given more resources, will make us a true force again. Others disagree and think he isn’t the manager he was. Mainly because of his refusal to change the

Just over a week ago, Newcastle united mutually parted company with 21-year-old forward Nile Ranger.  Ranger made 51 appearances for Newcastle all be it many from the bench. Sadly the youngster, who previously netted six goals in ten games for England U19, left Newcastle with only 2 goals to his name. Ranger who had been

The World’s Greatest Sports Stadiums Sports fans are a mad bunch, some spend hundreds of thousands a year following their team all over the world. From football teams on a tour to the Far East, to American franchises flying from coast to coast, sport is booming business across the globe. As a result we’ve put

Vermaelen to Barcelona: A left-field twist on a typical transfer story

In the modern era of football, newspaper rumours linking an Arsenal player to Barcelona are not exactly alien. Alex Song and Cesc Fabregas have both recently been plucked from the regression of the Emirates while Robin Van Persie and Samir Nasri were both linked with making the move to eastern Spain before they headed to

Swansea: Laudrup renewal another step in the right direction for rising Swans

A new 2 and-a-half year contract for Michael Laudrup shows another step in the right direction for Swansea City, and can be taken as another sign to indicate that the Jacks’ meteoric rise has by no means stopped. One major trophy amongst other great achievements shows that Laudrup is the right man to bring success

Arsenal: Why Wenger’s upheaval must begin from the back

Bayern Munich are primed to hammer the latest nail in the coffin of Arsenal’s torrid season that looks like it could fizzle out with a failure, for the first time in 16 years, to achieve a place in the Champions League. The ease with which the Germans dispatched the Gunners in their 1-3 first leg

The whole of Bosnia prayed for two days. They were praying for a miracle, for the good news coming from Rome, someone saying that all this is a bad dream and that Miralem Pjanić’s injury just looked horrible and nothing else, and that he’ll be ready to lead the Dragons against Greece on March 22nd. 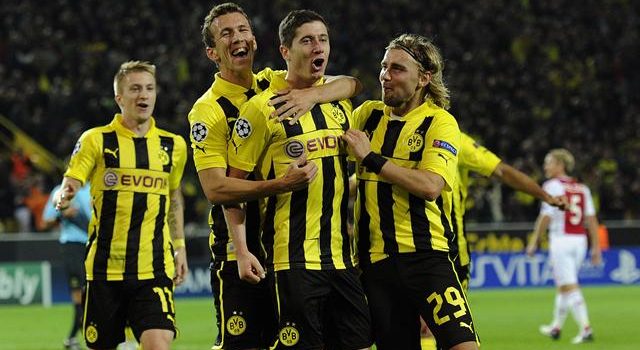 Borussia Dortmund: The Black and Yellows showing their bright future could be right now

Jose Mourinho said the world’s eyes would be on his Real Madrid side’s captivating win over Manchester United on Tuesday night, but that would have been a discredit to events over in Germany where Borussia Dortmund are offering their own brand of entertainment. As Madrid battled into the quarter-finals of the Champions League at Old

It’s that man again, Gareth Bale. Hogging the headlines once more after scoring his 16th Premier League goal of the season to set the platform for Spurs’ huge win over rivals Arsenal in the race for Champions League qualification. The Welshman waited until the 37th minute before making his ruthless contribution to send Tottenham on 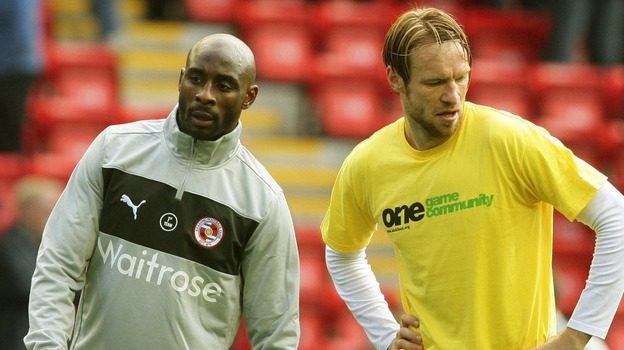 On Thursday, October 18, England’s Kick It Out began a “week of action,” asking Premier League players to support their fight against racism in soccer. Those participating will put on Kick It Out t-shirts before soccer matches so that more people will get a chance to see the group’s message and understand that racism will 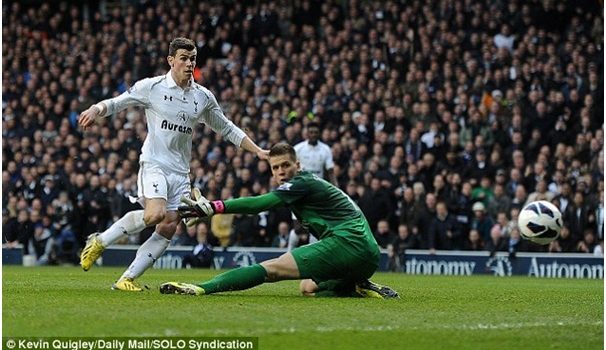 Tottenham 2 Arsenal 1 The North London Derby once again didn’t disappoint and, just as we all expected, Gareth Bale was on point. Perhaps he didn’t have a scintillating performance as many of us were hoping for, but he popped up with a crucial goal despite otherwise being somewhat ineffective. It was a cagey

The biggest game of the Premier League weekend by far takes place at White Hart Lane where Champions League qualification-chasing Tottenham and Arsenal do battle in an eagerly-anticipated North London derby which will surely have massive ramifications for both teams not only this season but the next. So where else to start today’s preview but

Arsenal: Who can plug the gap in front of the Gunners’ defence?

If you ask an Arsenal fan what position in the team needs strengthening, there’s a very good chance they will say defensive midfield. For a number of reasons, first of all, we haven’t had a ‘proper’ holding midfielder - someone who does nothing but sit and cover the back 4, then keeps the ball and