Liverpool: Why the Reds must sign a new center-back 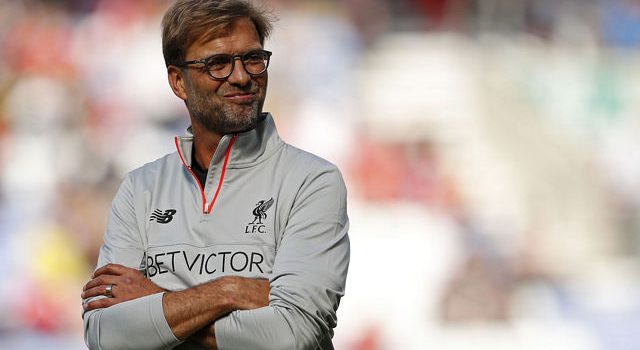 Liverpool: Why the Reds must sign a new center-back

It is no secret that Liverpool’s two main weaknesses last term were both a lack of depth within the squad and a lack of real quality in defence.

Ultimately both cost the club in their pursuit of the Premier League title and despite the addition of Mohamed Salah, Jurgen Klopp’s side still lack the requisite quality in defence to challenge for major honours.

A move for Virgil van Dijk looked incredibly likely at the beginning of the summer yet a rather bizarre chain of events involving the two parties saw the Anfield club rather publically withdraw their interest in the Dutch centre-half.

Just under a month on and Liverpool are no closer to adding a centre-half to their squad and this has to be a concern on the eve of pre-season.

Dejan Lovren has his critics and is probably not good enough to start regularly for a title contender whilst there is promise in the form of Joel Matip who enjoyed a fine debut season in England.

It is important that a partner is found for the Cameroon international ahead of the 2017/18 campaign and whilst Joe Gomez has boundless talent it seems as though the youngster is seen as a long-term option at left-back.

Much of Liverpool’s transfer focus has actually been on prising Naby Keita from RasenBallsport Leipzig with the Guinea midfielder seemingly caught in a difficult position.

The German club are very resistant to any possible sale with it made clear than any offers worth less than £70 million will not even be considered. Despite this it is said that Keita’s representatives are determined to look into the possibility of a move to the Premier League.

Liverpool and Klopp are desperate to sign him with the 22-year-old seen as the next Arturo Vidal type of midfielder who can excel in every single aspect of the box-to-box position. He was phenomenal in the Bundesliga last season as he scored 8 goals and provided 7 assists.

This was just shy of Vidal’s most productive ever campaign in the Bundesliga which came back in 2010/11 with Bayer Leverkusen as he recorded 10 goals and 11 assists domestically.

A deal remains unlikely and whilst Keita is the sort of signing who can totally change the direction of a team in a positive manner as Vidal did in Turin upon his arrival at Juventus, it is important to note that the Reds may end up disappointed in such a pursuit with the defence then still needing to be addressed.

Michael Keane has just signed for Everton for a fee that could in total be worth around £30 million and whilst there remain concerns about him following a season in which Burnley’s defence was a little overrated, the former Manchester United academy graduate would have presented an upgrade for Liverpool.

He would have been a guaranteed starter and it is a little surprising that he was allowed to move to Goodison Park without much resistance.

Of course it may well be the case that Liverpool remain quietly confident they can complete a deal for Van Dijk at the eleventh hour but given Southampton’s history of being resilient with regards to late window sales, it would certainly be a gamble for Liverpool to bank on such a development.

As is the case with most positions in the current era, there is a lot of competition between Premier League clubs for the same players. The market for good, reliable central defenders is rather small in the same way the market for truly blockbuster goalscoring strikers is.

Manchester United look to have stolen a march ahead of Chelsea in the race for Romelu Lukaku which in truth leaves the Blues with few options, such is the lack of available top talent.

Tottenham Hotspur are too looking for an upgrade at centre-half with Kevin Wimmer not good enough for a club with Spurs’ current ambitions and it is unsurprising to see both the North London club and Liverpool linked with the same players.

Liverpool has a lot to offer in terms of the club’s reputation, history and coach but in truth Tottenham are far better placed to challenge for the serious honours than Klopp’s charges are at this time, it would be very difficult to argue against such a statement.

Must place finding a new center-back as their main priority

This is where the danger comes in Liverpool failing to prioritise an area of such weakness because others teams around them are improving in key areas.

Manchester United’s inability to score goals cost them last term and it seems as though in the form of Lukaku, one of the two best strikers in England is going to join them.

Too often last term Klopp had to ask Lucas Leiva to fill in and do a job at the heart of defence. You can’t always legislate for an injury crisis but the fact he wasn’t a staggering downgrade from Lovren and Ragnar Klavan was telling.

Antonio Rudiger is set to join Chelsea and at £32 million that seems quite a reasonable deal. This is the profile of player Liverpool should be looking at to vastly improve their defensive line.

The really elite defenders are not available but there is a slim market at present for players who are positioned in the bracket just below that or even young players who have room to develop.

Zenit Saint Petersburg came very close to signing Kostas Manolas from Roma earlier this summer before a deal fell through.

Manolas was widely looked at by Europe’s biggest clubs a year ago and despite a disappointing season from him personally it would be worth Liverpool’s while in testing the Italian club’s resolve with an offer.

There has been a hesitance in recent years for Liverpool to really flex their financial muscle in the way perhaps they could given the vast amount of wealth in the Premier League at the moment.

This summer it seems as though the club are more open to doing that and as a result there are several defensive targets who could quite conceivably be signed.

Kalidou Koulibaly was a Chelsea transfer target last summer and had another fine season with Napoli; he is a powerful, strong and clever defender who is able to lead a defensive unit.

His future in Italy is far from certain and those close to him are believed to have admitted that a transfer isn’t impossible. Liverpool should be absolutely all over such a situation and try to bring the 26-year-old to Anfield.

Can’t win the big one without a solid backline

As impressive as attractive attacking styles of football are, it remains the case that you cannot win one of the game’s big trophies without a solid defence.

It says a lot that many consider Manchester United and Chelsea England’s best hope of success in Europe next term simply because of the fact they are reliable in defence.

Liverpool need to get to this position and unfortunately it is clear that isn’t possible with the current personnel.

A centre-half needs to be brought in this window and whilst it is possible one will eventually arrive; the seeming lack of focus on this area should be alarming to supporters with the club still quite a way short.