Many have expressed incredible surprise at Tuesday’s announcement that confirmed James Rodriguez, the star of Colombian football, had joined Bayern Munich on a two-year loan deal from Real Madrid.

It wasn’t just the nature of the move that caught people by surprise but rather the price, with the Bavarian giants agreeing terms on a deal that will see them pay Los Blancos £4.4 million annually as a loan fee whilst the option to buy Rodriguez at any point comes in at an inexpensive £31 million.

Now this means the absolute total outlay that Bayern could possibly expect to pay in order to make the 25-year-old their player on a permanent basis would in fact be £39.8 million, a bargain fee for a player of such quality and international acclaim.

Makes sense for all involved

Yet in the midst of everyone’s shock at the fee, this is actually a deal which makes sense for all involved.

Real Madrid had intended on selling both Alvaro Morata and James to help fund a move for Kylian Mbappe this summer, however with the French teenager starting his pre-season with Monaco there is a feeling of comfort at the Stade Louis II which supports the belief that in a World Cup season he will remain in France for one more year.

As such Real Madrid didn’t necessarily need the money from a transfer fee with previous reports linking the Colombian playmaker to Manchester United, Chelsea and Internazionale all citing a demand of £50-60 million.

Another positive for Real Madrid is that it allows them to get an unhappy player off their wage bill and despite all the public reassurances that he was an important part of the squad, James and Zinedine Zidane have truthfully never clicked and this solves a huge headache for the Frenchman.

From a Bayern Munich perspective such a deal delivers on many fronts as the club sought to make the summer of 2017 the summer they delivered a marquee signing.

The club were willing to push Manchester United all the way to sign Antoine Griezmann but were given very early negative responses from the French forward’s camp and so attention turned to James Rodriguez who arrives in Bavaria with a sizable reputation, although one which has taken a knock of late.

It also placates Carlo Ancelotti who endured a difficult debut season in the Bundesliga with many supporters puzzled by his tactical choices and despite a domestic championship, continental disappointment left the Italian in a tough, lonely position.

Given the fact it is widely expected that the 2017/18 campaign will be the veteran coach’s last at the Allianz Arena, in Rodriguez they have given him a player he knows well and likes following their time working together in the Spanish capital.

This will give Ancelotti a feeling of confidence in his position and a boost in quality to help succeed with his own tactical vision, even if it doesn’t match up with that of the club.

Finally there is the relative lack of risk in the deal with the permanent option not being taken at this point.

Julian Nagelsmann is in line to take the position of head coach next summer and there is always the case with an incoming coach that they don’t necessarily want some of the players already at the club.

This could quite easily happen with Nagelsmann and the Colombian thus Bayern are prepared for such a scenario with the ability to break the loan agreement early.

For Real Madrid it is clear that James’ value is at its lowest point and selling him this summer was always going to be difficult after a lack of form, playing time and fitness plagued his last 14 months at the Estadio Santiago Bernabeu.

His contract runs until June 2019 but Los Blancos retain a club option to extend that for a further season through to June 2020 if they so wish and the likelihood is they will do so, if for no other reason than to recoup some form of transfer fee.

If that is the case, by the time the loan agreement is due to expire, the former Monaco playmaker will only have one year left and a fee of £31 million would then seem somewhat more reasonable.

Zidane is now free to welcome Dani Ceballos to his team and Marco Asensio will take the famed no.10 shirt in Madrid, these are two positive steps for the club moving forward.

An opportunity for Rodriguez to resurrect himself

Rodriguez also comes out well in the deal as he now has a chance to rebuild both his reputation and form in a year when Colombia hope to make an impact at the World Cup.

He will be a regular in the Bayern Munich team in the position just behind Robert Lewandowski with Ancelotti likely to use Thiago Alcantara and Corentin Tolisso in a deeper pairing.

Real Madrid can now expect a quiet end to their summer now with any further departures and incomings unlikely and truthfully this is how Zidane prefers things.

Bayern Munich can begin to prepare their campaign with a much happier coach and James Rodriguez can essentially start again in a new environment. 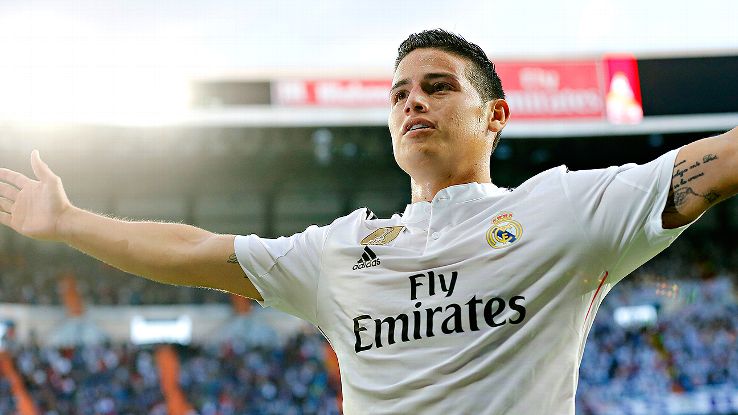 It may well have been a deal that shocked the footballing world but it is difficult to argue against the fact that it is one which works for all involved.