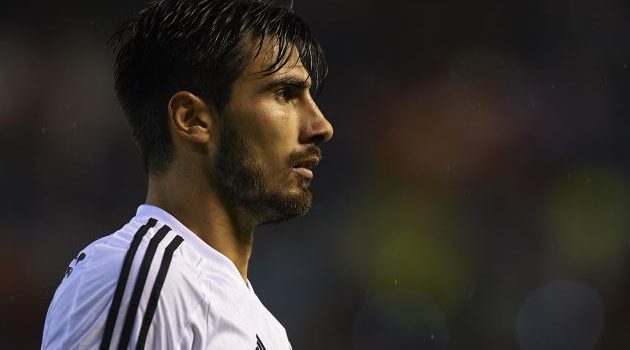 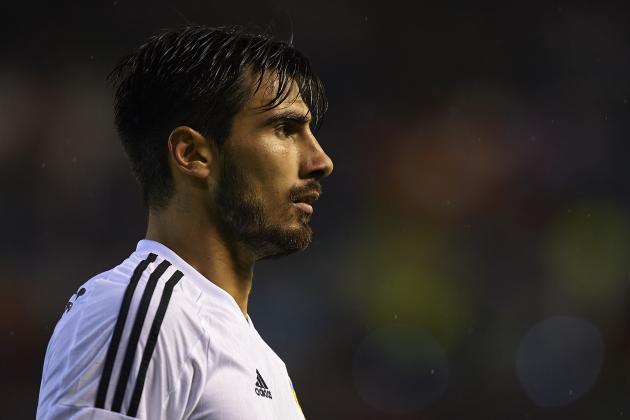 Portuguese midfielder Andre Gomes has officially been unveiled by Barcelona after completing a €35 million switch from La Liga rivals Valencia.

The 22-year old- who was formally introduced  during a short ceremony at Barcelona’s mini Estadi- becomes the club’s fourth signing thus far after the acquisition of: David Suarez from Villarreal, Samuel Umtiti from Lyon and Lucas Digne from PSG.

Born Andre Filipe Tavares Gomes on 30 July 2021 in Grijo, Portugal, he- like most Portuguese superstars- began his career with FC Porto.

As a youth he had short spells at Pasteleira and Boavista before finally settling in Benfica in 2012.

Although he managed to go through the ranks up to the first team, a season-long loan spell to Valencia soon translated into a permanent deal after being assured of a place in the starting berth.

It was at the Mestalla Stadium that Gomes played some of his best football, eventually welcoming the interest of the Catalans after a successful Euro 2016 campaign with Portugal.

Where will he play?

Barcelona may have won the treble in 2015, but Luis Enrique’s charges are without question a team in transition.

The club has however been timely, replacing the long serving Spaniards with Marc-Andre ter Stegen and Ivan Rakitic respectively.

Andre Gomes is a central midfielder versatile enough to double as an attacking midfielder.

In that regard, there is a fat chance of seeing the 22-year old starting in a team that already has Iniesta, Busquets and Rakitic at the middle of the park in their orthodox 4-3-3 formation.

The Catalans have in the past been heavily criticized for sidelining non-Spanish speaking players in the past- case in point Thomas Vermaleen and Arda Turan-, but Andre Gomes should however do just enough to get games under his belt on his debut season, more so in the cup competitions.