Football Tips: Psycho-Motoric Training Allows You to Play Football with Your Mind 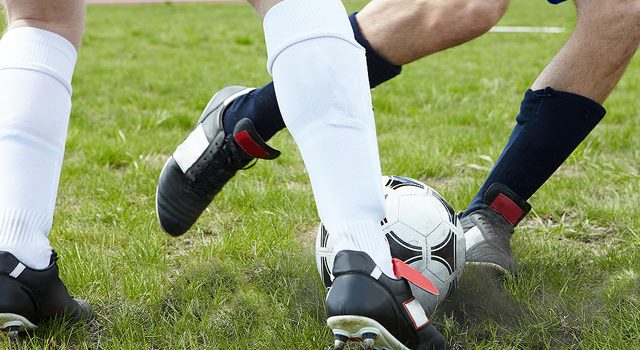 Football Tips: Psycho-Motoric Training Allows You to Play Football with Your Mind

Football players do not only need physical fitness, powerful technique and perfect mental ability, but they also need to develop psycho-motor skills. This means that they need to improve their concentration abilities, multitasking, space orientation, the ability to comprehend, and enhancing memory capacity and so on.

Barcelona’s midfielder, Xavi Hernandez has stated in an interview that the first thing, which is taught to every child in Barcelona, is to keep thinking fast without losing a second. Children are taught to play football with perfection, and right from the age of ten it is imbibed in their minds that losing a ball brings shame.

This statement can be better understood if you refer to the performance of Xavi Hernandez starting from the time when the player receives the ball, till the moment it is released for a pass.

The moves go in this manner:

1. Determining an open space with a passing angle and then moving the ball into it.
2. Understanding the ball is now being passed to him.
3. Looking off from the ball and viewing the surrounding.
4. While the ball is half underway, pointing his look and predicting the spot where it will head to
5. The strength of observation during the time of absorption
6. Receiving the ball and viewing the surrounding areas while estimating the moves
7. Passing the ball with maximum accuracy towards his team member or to an open space where the team member is moving to.

Xavi is speaking about the human brain and the functions of thinking abilities during physical exercise. To put it in simple words, it is all about training and exercising the brain.

Famous football players like Pele, Maradona, Johan Cruyff, Messi and so on are also blessed with extraordinary psycho-motoric skills. These players have many qualities but one of the most noteworthy of all the qualities is their thinking ability and the power to take the correct decision on field while in motion. Coaches have also said that talent is one thing that cannot be taught. It is something which you either have it or do not have it.

A football player who is unable to put in complete attention and distracted easily is liable to perform critical mistakes, irrespective of how talented he might be. Hard training or motivation alone is just not enough for playing good football.

You need to understand about the neurological pattern here on which a football player does not have complete control. The first thing towards rectifying this problem is:

The mental effort of any football player that he uses for keeping his concentration in the game is affected by concentration and attention skills.

The importance of physical fitness cannot be ruled out as it affects both concentration and attention skills. However, even if a player is physically fit, the symptoms of mind getting fatigued cannot go unnoticed.

It has been observed that players who have performed psycho-motoric training since months have reported of having both improvement and better attention ability in the game. They have also expressed the feeling of remaining fresh for a longer duration. You should not be surprised with this. Human brain reacts to physical training with equal extent in the same manner as body muscles do.

Psycho-motoric training can be divided into general training that fits to all kinds of specific training and sports activities and is adjusted to its nature. There are multiple conditions for different exercises:

Albert Steve is a sportswriter, and he also interviews popular sports people for a magazine. You could also check out his interview with Mericle, who is quite a big name in American football.