Good Sportsmanship: A Guide To Etiquette On The Football Field 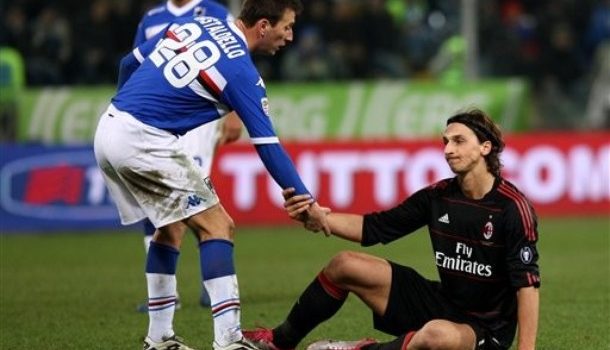 Good Sportsmanship: A Guide To Etiquette On The Football Field

Whether you’re playing competitively or just playing for fun, a game of football should always be an enjoyable experience for all involved.

Many of us will have been in situations where we’ve had to play against opponents we might have a grudge with, or had to play an away game before hostile spectators – but at the end of the day it’s important to remember that it is a game.

Sure there’s nothing wrong with having a competitive atmosphere, but letting this escalate can result in an uncomfortable environment – and that’s when careless tackles and injuries can occur.

A painful injury is something that nobody wants. Being incapacitated can hamper future games, and have a detrimental effect on your professional and personal life. So when on the football field, even though it’s a naturally heated sport, it’s usually more beneficial for everyone to let cooler heads prevail.

Practicing good sportsmanship is a great way of decreasing tension before, during and after a game. Here are the basic rules of good footballing etiquette. Following these will help you to ensure that your game of football remains a game, and doesn’t turn into a war.

Let your opponents know that your team is here to have a game of football. Be professional. Shake hands with them before the game to defuse any possible feelings of tension, and after the game, to show that there are no hard feelings over the result.

Believe me this act which may seem very insignificant will protect both teams from major issues throughout and after the game. How many times have we seen a fight break out on the pitch over small issues?

After a hard challenge, helping your opponent to their feet will help to calm any possible bad feeling resulting from it. If you’ve just fouled an opponent and realised it, apologise for the mistake.

Similarly, if one of your opponents or teammates has suffered an injury from a particularly harsh tackle, show concern and do what you can to help.

If they require treatment, get the attention of your physio if there’s one present.

It can be easy to get frustrated with a decision that hasn’t gone your way, but don’t let this get the better of you. If your opponents have earned a throw in or a free kick and you have the ball, don’t disrupt the flow of play by having a tantrum and kicking it away.

Be grown-up, and willingly hand the ball over to your opponents so the game can continue.

Put It Out of Play

In those situations where an opponent is injured but play has carried on, do the right thing – put the ball out for a throw in. If your opponents are good sports like you are, they’ll return the favour and throw the ball back to you once the fallen player has received attention.

Most of the time, your opponents will be good sports - no matter where you are in the world.

This article is written by Adam who recently had an injury during a game of football. Due to the initial pain, he was prescribed pain relief medication from Express Doctor who are based in the UK.