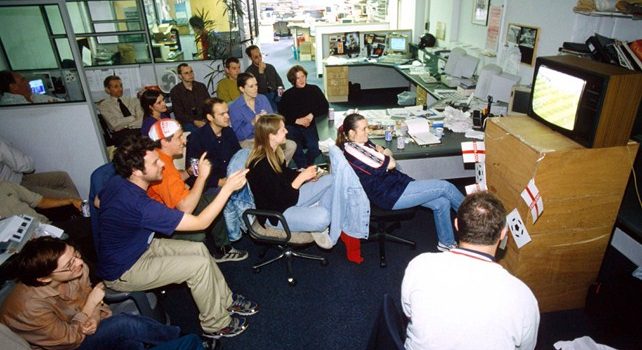 There comes a time where we must all grow up. Young boys stop playing with little action figures and move on to games consoles, young girls stop wearing their mothers make-up and start wearing their own. We all go to secondary school, reach an age where an interest in the opposite sex grows and we watch more shows created for an older fanbase, as opposed to the kid’s TV we used to enjoy.

We can change our minds so easily when we grow up. We outgrow almost everything from our childhood, be it a show, a board game or an obsession with our favourite teddy or toy that never left our side. Even hobbies find their way of slowly drifting from our routines and finding their place in our memories, never to be forgotten.

Football can shape the childhood of children so easily. We watch and become transfixed by one player, one team or just the sport in general. For children in football mad families, it is inevitable that they will watch football from early. As a young boy in an Arsenal mad family there was no other team I was ever going to watch, and when I did watch I was hooked by Thierry Henry.

He was my first idol, the first player I fell in love with. And even today, the sight of Thierry Henry or the mere mention of his name buckles me up and takes me down the greatest evocative road I’ve ever journeyed on. Reliving the moments that lit up my childhood, experiencing those moments again. Just fantastic.

To this day, as an 18-year old, I will admit that if it come down to going on a date with a beautiful female or going to watch the Arsenal, I’d pick Arsenal. She may be upset by that so I’d invite her along. If she says no then that’s her problem, not mine. However strong that may sound, football has played a part in my life so huge that living without it would be fairly difficult. It’s an escape, and the same for many other people.

Money comes first when you’re building for a future. Needs must. But it’s not the same for others. People book days off from work to go to games. Even if they’re just going to watch it down the pub with some friends, football comes first.

It’s a strange connection, as people who don’t love football are unable to comprehend the feeling felt by fans when a goal is scored, a pass is misplaced or the ball is controlled. All these footballers are really are just normal people who can kick a ball better than the rest of us, but it’s not as simple as that.

As kids we idolise these men and treat them as superheroes and when we grow up we just sit back and watch in awe. They become parts of our lives and on the back of interviews and performances we end up feeling like we know them.

It even influences the way we use social media, particularly on Twitter. Many people you’ll find on there use it solely to air views and discuss football. There’s something about mixing social media and watching football that results in a narcissistic belief that our views are superior to others. Opinions in the world vary, but on social media the passion we hold for our clubs exudes into 140 characters and any objection comes across as disparagement. So, naturally, we bite back.

Peronally speaking as a reserved individual, football provides a platform for conversation. With not many interests other than the beautiful game finding a middle ground is difficult, and relating to people is rare. With all this in mind, football is the most important thing in my life and it’s played a huge part in the development of me as a person. It’s taught me many different emotions and even a few swear words along the way. Like millions of my fellow humans, I don’t know where I’d be without football.

Football elicits emotion that is not comparable to anything in life. Loyalty to your club is not a choice, it is an obligation; something that is very much permanent; like a birthmark, or a mole - something we cannot remove from ourselves. No matter how frustrating we may consider our connection with a football club to be, there is no doubt that however illogical perserverance through frustration sounds, it would sound even more illogical to contemplate removing your loyalty.

So loving football isn’t necessarily a choice, it’s a requirement. And it’s fun to be part of a community that’s so widespread yet united as one. It’s a wonderful feeling. And that’s why football will always come first.