English Premier League: Best XI for the First Half of the Season 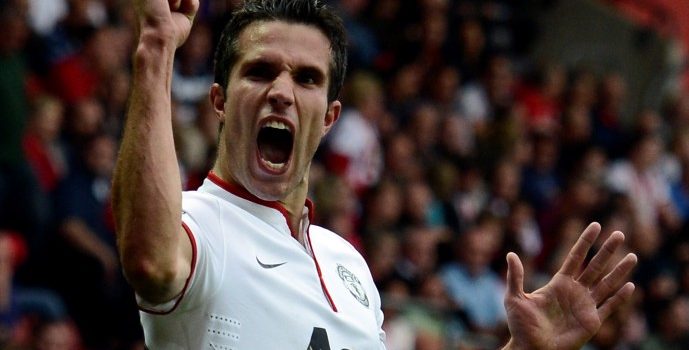 English Premier League: Best XI for the First Half of the Season

We have now surpassed the halfway stage of the 2012/13 Premier League season, and the first half of the season was fantastic. The champions had a stuttering start to the campaign but have now rediscovered their form from the latter stages of last season. Robin van Persie has been a revelation for Manchester United after his transfer from the Gunners, netting a staggering sixteen goals this season.

The Gunners themselves have enjoyed a reasonably successful start to the season and have sent a message which has been echoed across the footballing world that they aren’t a ‘one man team’ so to speak. The acquisitions that Arsene Wenger brought into the club in Santi Carzola, Lukas Podolski and Olivier Giroud have flourished, and the return of Jack Wilshere after his lengthy time on the sidelines as solidified their midfield.

Rafa Benitez had a mixed start to his reign as interim boss at Chelsea, but their return from the Club World Cup in Japan, despite them losing in the final to Corinthians, seemed to have kick started their season, although the loss to lowly Queens Park Rangers brought them back down to earth.

The signing of Demba Ba will certainly boost their scoring tally, and it may push Fernando Torres to do better than his seven goals so far this term. The Lampard saga that has surrounded the Blues cannot do them any good but I feel that they are being somewhat disrespectful to someone who has had such an illustrious career as he has had.

Luis Suarez has been outstanding for Brendan Rodgers’ Liverpool, and the times I’ve seen them this season, look threatening but lack that killer edge which the likes of City, United and Arsenal have.

Their rivals, Everton, have been incredibly impressive. Fellaini, Baines, Distan and Anichebee have stood out for me. The Toffee’s have always been regarded as ‘slow starters’ to the season, but not this time. As of Monday 7 January 2022 they find themselves fifth, occupying the Europa League spot and if they can continue this majestic form, they could reap awards at the end of the season.

This reinstates what brilliant work David Moyes has done with very little money. As long as they can keep Fellaini who has a £22 million buy-out clause, which has alerted all manner of clubs, then they will be just fine. Everton did show however that they are capable without the Belgian star during his three match suspension just before Christmas.

Swansea have been brilliant so far this season and Michael Laudraup has worked wonders at the Liberty Stadium and they have much more quality this season, especially after the bargain signing of Michu in the summer.

West Ham have also impressed in their return to the top flight, whereas the Saints, Reading and QPR have struggled.

Here is my team of the season so far- What do you think?

In his ten league appearances for the Swans, he made some outstanding saves, saving his team from going behind and dropping unnecessary points. I think that when Vorm returned from his spell on the side-lines he was incredibly unlucky to not keep his place. I’d fancy him to play a few more games as the season wears on.

Despite only being nineteen years of age, Wisdom has shown a sense of maturity, demonstrating that he could be a superb right back in years to come. He’s certainly a player to take note of, and there will be more from him in the future months.

Reid has been superb for the Hammers this season, and with the Irons only shipping in seventeen goals, that is concrete proof that he is making a difference. The times I’ve seen him play this season, he looks very composed, executing some terrific tackles, and he seems to have improved since he joined West Ham.

Another outstanding defender who has really shone this season. His heading and sheer pace has got The Toffee’s out of some sticky situations this season and deserves some credit for his efforts.

If he can keep up that level of performance for the remainder of the season, they could really push on, and I would fancy them to get a Europa League spot. Don’t want to jinx it, mind!

He has been outstanding so far and has been a big contributor to Everton’s fantastic start this season. His work rate, crossing and defending has been a joy to watch, and has definitely been the best left-back so far.

Many felt that, after his lengthy lay-off, Jack Wilshere wouldn’t be the same player, but he has shown that he still has a magnificent eye for a pass. He has been a superb player for the Gunners’ this season and has added an extra dimension to the Arsenal attack.

In fact, he’s like a new signing. If there’s one thing he could improve on is his goal tally, but the way he’s playing, he makes up for it in other areas.

Has been a terrific signing this season. Superb stuff from the Spainard after he was signed from Malaga by Arsene Wenger. Again, if he added to his seven goals this season then Arsenal could be much higher up the table.

He’s played really well so far, and could be one of the best signings of the season.

I think he’s wonderful to watch. His left foot and terrific passing range is a joy to watch, and at times, mesmerising. He’ s been a bit quiet on the goal front, but has notched in plenty of assists.

What a magnificent signing he’s been. He leads the goal scoring chart at the moment with seventeen goals, which is truly outstanding. If Man United didn’t have him at their wield, they could be in a very different position to where they are now. Top of the table.

He’s popped up with all manners of goals so far, whether that would be with his head, either his left or right foot, outside the box, inside the box, free kicks and penalties. A true asset to any club!

Another truly stunning player, more so this season. He’s a joy to watch, even if he can be at the centre of controversies. His goal against Newcastle where he brought it down from the air and dribbled his way round ‘keeper Tim Krul was for me one of the goals of the season so far.

Every single defender hates playing against him. His movement is amazing and his sense of where the goal is leads to him scoring stunning goals.

Definitely the signing of the season. He’s netted thirteen times for the Swans, and his goal against Chelsea in the League Cup was brilliant. He, like Suarez, has an eye for goal. He is so versatile too. He can play in the hole as a number 10 or as a lone striker, he can play well on the left if needed to, and he pops up with plenty of goals. All that for £2 million. Bargain.