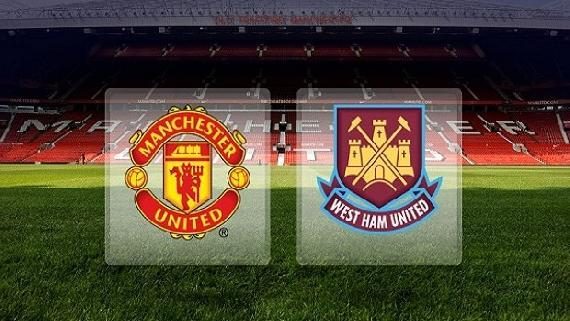 Manchester United fans have RVP to thank for sparing the club from yet another disastrous F.A Cup campaign when he popped up in the last minute of normal time to secure a REPLAY and another chance to qualify fro the 4th Round.

The Red Devils, fresh from adding another three points to their EPL total at the weekend v arch rivals, Liverpool, will want to take revenge on West Ham for knocking them out of the World’s Oldest Cup Competition in 2001 thanks to a Paolo Di Canio goal. Sir Alex Ferguson will have a relatively full squad to pick from for tonight’s crucial encounter. An essential decision because it’s been 9 years since MUFC last won the F.A Cup and the hunger to be victorious again is the added motivation this term.

They are the favorites with Betfair willing to pay out 1.31, while MyBet are offering a close 1.30 for a United win. For more great betting odds, see https://sports.bwin.com/en/sports/4/betting/football.

The likes of Wayne Rooney and Rio Ferdinand who have never won the F.A CUP-(Ashley Cole of CFC has won 7) will be fired up for this particular game. The former who is coming back from a short injury layoff will see this game as a chance to get back into reckoning for future games and regain form/fitness. Sir Alex will shuffle the pack as he has one eye on the very important meeting with Spurs at WHL on Sunday.

West Ham, on the other hand, will hope James Collins recovers from injury and rekindles the form that saw him power two unstoppable headers past David De Gea in the Manchester United goal. They were in fact on the verge of scoring an important rare victory over their more illustrious opponents until Giggs-RVP came to the rescue for Sir Alex’s charges.

Big Sam will even be more encouraged by the return of Momo Diame who has been the Hammers’ best player this season. He had a fine game in the League fixture earlier this season and will carry the hopes of Est London in a few hours. The return of Joe Cole will further bolster the attacking verve of the East London outfit. His 2 assists were the reason why West Ham led until the last minute 10 days ago. Marouane Chamakh, Wellington Paulista et al will also be raring to go tonight at the Theatre. If Collins loses his fitness battle, then New Zealand’s Winston Reid will play in his stead. If you’re going for a West Ham win, then Pinnacle are your best bet, who are willing to pay out 11.57. The odds are against the Hammers however, as bwin‘s 35/4 odds displays.

According to Sky Sports, Manchester United will most likely be without Captain Nemanja Vidic, Ashley Young and Jonny Evans who have minor injuries and have to be monitored closely. But the return of Nani, Anderson and Wazza might prove to be an added incentive for the red army. It is the centre of defence that might be of concern to SAF.

The goal concession rate has been a source of worry and it may continue tonight as Evans and Vidic, all towering CBs are out. Smalling must play out of his mind today to ensure MUFC book a date with Fulham in the 4th Round.