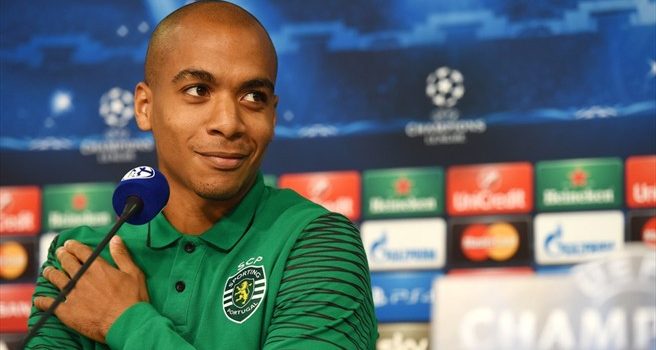 It’s been quite a year for João Mário. Just over twelve months ago, the then 20-year-old Sporting Lisbon prospect was sent on loan to fellow Portuguese top flight club Vítoria de Setúbal. It was felt he had outgrown the club’s B-team and a more advanced level was required to develop his precocious talent.

The decision was fully vindicated as Mário enjoyed a fabulous half season, making himself an undisputed starter and helping his new team turn around their season. Vitória were fighting the threat of relegation when Mário joined, but finished the season 7th, narrowly missing out on Europa League qualification. The midfielder’s contribution was key to the upturn in fortunes and he was picked in Portugal coach Paulo Bento’s 30-man long list for the Brazil World Cup, although he did not make the final cut.

Back at Sporting ahead of the 2014/15 kick-off, Mário had to show patience as part of the first-team squad, but just like with his loan period, when his opportunity came – in late September – he grabbed it with both hands, providing two assists in his first start in a 4-0 victory at Gil Vicente. He has not looked back since, subsequently making himself an integral part of Sporting’s midfield and winning his first full Portugal caps.

Endowed with marvellous vision and superb long-range passing ability, João Mário has been used effectively as a deep-lying midfielder on occasion. However, his quick thinking and execution, creative spark and eye for goal suggests his best position is further up the field as a No10 or even as a second support striker. Mário has notched 6 goals in 29 appearances for Sporting this season thus far.

His considerable skill set is allied to an imperturbable temperament. Nothing seems to ruffle his smooth and elegant style, gliding around the pitch, distributing the ball accurately and quickly, or shooting powerfully, with remarkably mature decision making considering his age and relative lack of experience.

The quality of Mário’s displays in his first year of senior football augur for a brilliant future in the game.