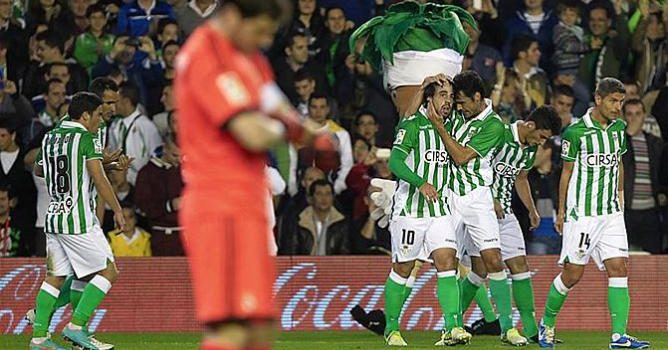 As matches all over Europe come to a close, we round-up the most astonishing, eye-dropping, shocking and odds-shattering of results from Serie A to the Premier League, who continue to surprise many of its followers with its competitiveness and unpredictability; a factor that continues to baffle betting enthusiasts all over wondering where to find the best Premiership odds and specials.

Odds and tips continue to crash thanks to such eye-opening results, as you’ll witness below.

Genoa won despite losing their last five games and not winning their last 8 games. They even held on when they went down to 10 men with a few minutes left.

Juve have now lost two in their last four games after going 49 games unbeaten in the league. Maybe they were a little drained from their encounter with Chelsea.

I haven’t seen a game this bad in quite a while, just an all-round poor effort from the Gunners.

It wasn’t the fact that Malaga won but the thrashing that they delivered. Portillo was fantastic as was Isco.

The title is now officially out of Madrid’s grasp. I see no way back for them. What a result for Betis who seem to confirm their rise back to the top.

This just illustrates how far M.Gladbach have fallen since losing Marco Reus this summer. Augsburg are the worst team in the league and you just cannot be dropping points against them.

Rennes were on a roll having won three in a row but they lost to Evian who, with that win, climbed out of the relegation zone.

MHSC defeated top of the league Bordeaux who have got to be upset at dropping points in a very ‘winnable’ game.

PSV had won the last 8 league games but were defeated at home to an in-form Vitesse side, who now sit third in the Eredivisie.

Willem ended a rotten run of form with a draw to Heracles, though they were aided by a sending off.

After defeating Barcelona at Parkhead, the Bhoys should have found their recent opponents rather easier to play but instead have found their form slipping. If this continues Celtic may actually have a title challenge on their hands!