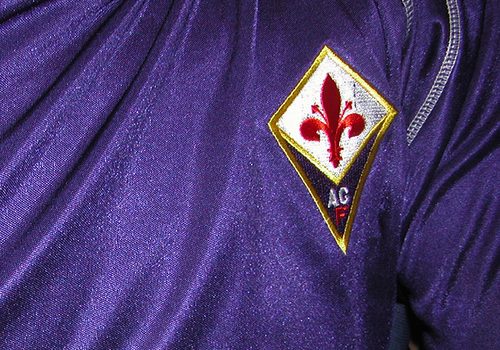 Itâ€™s been a busy summer over in the Italian region of Tuscany, the Fiorentina management team have worked their socks off in a bid to give Vincenzo Montella a squad that can improve on last seasonâ€™s disappointing 13th finish in Serie A.

I suspect they may have succeeded.

The La Viola have taken advantage of Villarrealâ€™s relegation from La Liga in bringing in former West Brom midfielder, Borja Valero. It didnâ€™t really work out for Valero in his three years contracted with the Hawthorns. In fact he spent two seasons out on loan in Spain, the latter season being part of a Villarreal squad that finished fourth, only to be relegated the next season.

Make no mistake though, heâ€™s a fine player and along with other signings that include Alberto Aquilani and David Pizzaro from Liverpool and Roma respectively, heâ€™ll be a feature in what is quite a dreamy midfield of registas.

Other signings include the Chilean playmaker, Matias Fernandez from Sporting CP. Fernandez was very impressive against Manchester City in the Europa League last term, all of his deliveries from set pieces caused City problems, not least the two they conceded from.

Montella hasnâ€™t just strengthened his midfield though, he has also added to his defence and forward line, acquiring full back Cassani from Palermo, and forward Mounir El Hamdaoui from Ajax among others.

However, this summerâ€™s hard work will be undone in a matter of seconds if La Viola let go of their Montenegrin star, Stevan Jovetic. Injured for the whole of the 2010/11 season, Jojo returned last season to claim his best goal tally ever with fourteen goals in all competitions, which may seem a modest return, but for a player that is essentially an attacking midfielder in a bottom half side, itâ€™s not bad whatsoever.

Finally, however, Fiorentina have begun to build a team around Jovetic, and may continue to do so this summer having been linked with Dimi Berbatov, so it is imperative that they keep him from the clutches of Manchester City and Juventus.

To an extent, the same can be said of the young Serb, Matija Nastasic. The boy is only nineteen but is already considered by many to be the real deal, and is expected to develop into a top class left sided centre half. In fact, many believe within a couple of years he could displace one of Subotic or Ivanovic in the Serbian national team.

So, again, in order to establish that theyâ€™re not a selling club, itâ€™s important that the Firenze club keep hold of their man.

Romulo played alongside Pizzaro, Borja and Ljajic in midfield in their first Calcio game of the season.

As may have been expected, Fiorentina had the majority of possession as Udinese wait to hit them on the counter attack, which they did, scoring first.

However, midway through the second half, Jovetic equalised with a deflected effort, and in time added on, Jojo sealed the deal with a smart finish into the bottom corner.

A win in the first game of the season, probably couldnâ€™t ask for much more. If they carry on doing what theyâ€™re doing, keeping the ball and passing it to Jovetic, theyâ€™ll go far; theyâ€™ve got a shot at a Europa League place by my reckoning.