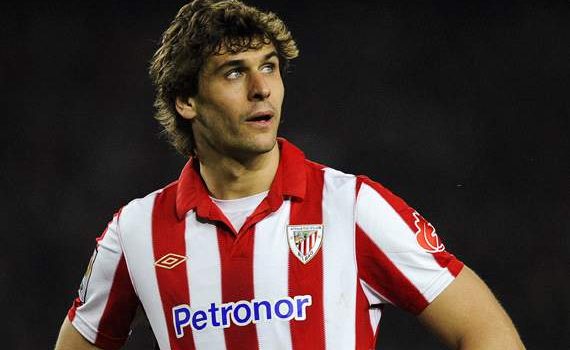 With his contract set to expire in June Fernando Llorente is now able to begin negotiations to sign a pre-contract with the club of his choosing. Whilst his list of suitors is extensive it has emerged over the last 48 hours that Italian side Juventus have stolen a march on their rivals by opening negotiations to sign El Rey Leon.

In truth it will be an incredibly sad end to his career with Los Leones after his well publicised fall out with Bilbao head coach Marcelo Bielsa. It seems almost remarkable to think that only 10 months ago Llorente was instrumental in the Basque side’s triumph over Manchester United which brought the club admirers from all four corners of the globe.

However, wherever Bielsa tends to go trouble and discontent is never too far away. Having run his young and exciting squad into the ground physically last season when they were simply fantastic the same level of performance has not been achieved this time round. Unfortunately thrown in with this there have been personal altercations with senior members of the squad and morale is at an all time low. The fact that Llorente has not been starting is testament to the irreversible damage that has been caused.

Whether the move to Juventus is agreed it is certain that he will depart the Bilbao club having spent 16 years progressing through the ranks. The young Llorente joined the club as an 11 year old boy and has developed into one of the most respected strikers in Europe who has caught the attention of almost every major club on the continent.

There have been rumours since August of a possible move to the Premier League but Juventus represents an incredibly attractive proposition. The reigning Italian champions have qualified for the last 16 of the Champions League and look on course to retain their domestic crown. One thing that they have been lacking however is a top class striker who could take them to the next level.

Most first time observers of Llorente are surprised by his technical proficiency. Standing at 6’5” he is unexpectedly mobile but is clearly also very effective when used as a target man. However, it is his finishing and eye for goal which has made him stand out in recent seasons. The fact that he would be available on a free transfer as of June is simply too good for any club to turn down.

What happened in Bilbao last season showed glimpses of turning into something really special. The internal issues involving Bielsa and the departure of Javi Martinez to Bayern Munich have been instrumental in their poor season thus far and losing Llorente will come as a sickening blow for their wonderful fans. However, it is such a waste seeing him sat on the bench almost every week and at 27 years old he should be approaching the best couple of years of his career.

As long as he remains hungry for success and keen to replicate the form he demonstrated last season he will be improve any side he plays in.