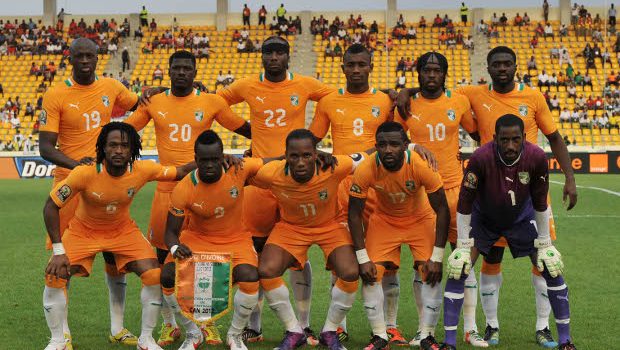 They’re deep in midfield and on the wings, and while they’re not deep in defense, their starting back line is still one of the best on the continent. There’s no footballing reason to not pick them to win the Africa Cup of Nations.

It was a similar case last year, when Drogba missed a key penalty in the final against Zambia, who went on to lift the Cup. It was the case three years ago, when they were shockingly bounced out of the quarterfinals by Algeria.

Their 2008 loss to a Cameroon side led by Samuel Eto’o in his prime and their 2006 loss to Egypt in Egypt were more understandable, but they were probably the most talented side in those tournaments as well. It’s been nearly a decade since Ivory Coast weren’t one of the top sides on the continent.

Not because of any obvious deficiency or lack of balance in their squad, or because of rumored locker room rifts, or because they’ve come up against bad matchups, but simply because they haven’t performed at their best for an entire tournament.

All of the key cogs from last season’s team have returned for another shot at the Africa Cup of Nations. Jean-Jacque Gosso and Kafoumba Coulibaly, a couple of defensive-minded role players from last year’s team, are the only contributors who haven’t returned.

Gervinho is possibly in the poorest form of his life, but Didier Ya Konan and Solomon Kalou are playing regularly for their clubs, while Arouna Kone, Wilfried Bony and Lacina Traore are in excellent form and give young manager Sabri Lamouchi options up top to compliment Didier Drogba.

Their midfield unmatched in athleticism and more balanced than any other team in the tournament. With Yaya Toure playing the most advanced role, in front of a double pivot of Didier Zokora and Cheik Tiote, the Ivory Coast should be able to dominate all of their opponents through the center.

While Les Elephants’ back line doesn’t quite boast the quality of their forward and attacking ranks, it’s still one of the best in Africa. While Sol Bomba has never performed at the highest level of the game, he’s been a solid defender for his country since 2008.

Kolo Toure is still one of the best defenders on the continent, but his lack of recent playing time at center back for Manchester City could be an issue for his team.

The fullback positions aren’t set, but the team has plenty of depth, and will probably start the tournament with Sahka Tiene and Emmanuel Eboue outside. The consistent, but not spectacular Boubacar Barry should remain in goal, though he’s been pushed recently by Daniel Yeboah.

Drogba is still a star and will still be a key player for the Ivory Coast, but the striking talent behind him on the depth chart has risen to the level where his country is no longer entirely dependent on his goals.

They are, however, very dependent on the all-around game of Yaya Toure. He is by far the most versatile midfielder on the continent and will shoulder a lot of creative and defensive load through the center for his team.

Once again, this is the best squad in Africa. It’s not particularly close. But it didn’t matter in last year’s final when an organized, well-meshed and motivated Zambia team played a spectacular match to capture the title in an upset. That team is still together, with the stars of last year’s campaign no longer inexperienced.

Hosts South Africa will have similar motivation, and like Zambia have plenty of solid under-the-radar talent. Ghana and Nigeria are always dangerous.

There are plenty of different ways that the Ivory Coast could potentially slip up, but they really shouldn’t. They’re the best team on the continent, by far, and if they do not win the tournament, it will be because they didn’t bring their best. Again.