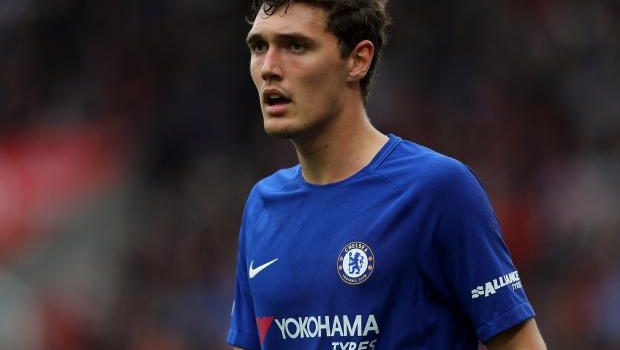 Chelsea loan players out a lot. They do it so much that it has become a meme in itself.

They sign promising youngsters, and they loan them, they loan them again, and eventually they will sell them for profit. Often they will not be seen in a Chelsea shirt apart from on a money-making pre-season tour.

There have been few exceptions to this. Even players who were once assigned to be future Chelsea heroes like Joshua McEachran and Gael Kakuta suffered the loan fate, and have since gone on to fall far short of where they were once expected to be.

Thibaut Courtois was loaned to Atletico Madrid, so his success at Chelsea subsequently has hardly been a shock.

We are now seeing one of the first players to really thrive as a first-teamer after being a leading soldier in the loan army.

Andreas Christensen spent the last two seasons at Borussia Monchengladbach, having signed with Chelsea in early 2012. Even in Denmark as a teen, the defender attracted glances from some of Europe’s finest clubs.

Christensen made a couple of appearances in 2014/15 for Chelsea, before he left for the Bundesliga. He became an integral member of the team at Monchengladbach, gaining some Champions League experience in the process, and was briefly linked with a move to Bayern Munich.

After such a successful spell in the German top flight, the Dane’s future was uncertain at points this summer as Chelsea added Antonio Rudiger.

Kurt Zouma, rather than Christensen, was loaned out, and it became clear he was fundamental to Antonio Conte’s plans.

With David Luiz having been recklessly suspended, and made a foolish error in a key Champions League match, Christensen has been called upon far more frequently than many expected.

Grabbing his chance with the utmost rigour

Gary Cahill’s own suspension led to appearances for the Dane, too, and he has looked arguably the most solid of Chelsea’s defenders to date.

Christensen serves as an example that – even at Chelsea – if you’re good enough, you will get your chance.