Asier Illarramendi: Why Liverpool should sign the Real Madrid outcast 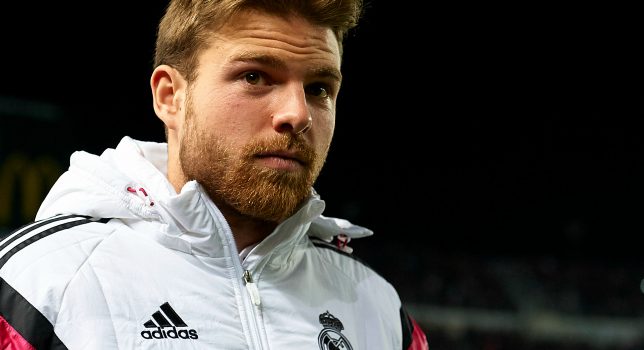 Asier Illarramendi: Why Liverpool should sign the Real Madrid outcast

A Product of La Real’s Academy

After rising through the ranks at Real Sociedad’s highly-regarded youth academy in Zubieta, Asier Illarramendi soon became recognised as one of Spanish football’s hottest prospects. Therefore, it came as no surprise that on the 12 July 2013, the talented youngster became the most expensive Spanish player in Real Madrid’s history.

From Star Player to Benchwarmer

With a six-year contract and a €32m price tag, it was expected that the Mutriku-born defensive midfielder would play an integral role at the club. However, even after the departure of Xabi Alonso, former Madrid boss Carlo Ancelloti never fully trusted him in that position and he soon became a familiar face on the bench.

The Italian coach was extremely vocal in his praise of the player before he signed for the club, so it was something of a mystery to the Los Blancos fans when Illara became a bit-part player.

Is It Time To Move On?

Now aged 25, the Basque player is reaching a crucial stage in his career and will be keen to secure first-team football. With new coach Rafa Benitez at the helm, he may get more opportunities but his chances may be increased even further by leaving the Bernabeu altogether.

With plenty of interest from clubs in Spain and abroad, the 2013 UEFA European Championship winner should not have a problem finding another club if he does decide to end his disappointing spell in the Spanish capital.

The most recent rumours have linked the player with a move to Liverpool and although nothing has yet been confirmed, a move to Anfield could suit both the player and the Merseyside club. With Lucas Lieva still providing the only genuine defensive midfield option for the Reds, Illarramendi would have a great chance of establishing himself in the first team. There has even been talk of the Brazilian leaving the club during this transfer window, and if that is the case; then Brendan Rodgers will need to find a ready-made replacement.

The Spaniard’s defensive abilities are exceptional and his all round game is much more accomplished than that of Lucas. He would provide a solid option in an area where Liverpool have been notoriously vulnerable in recent times.

His ability to move the ball forward quickly and accurately would also suit the cavalier attacking style that has become the Anfield club’s trademark over the last two seasons.

Would Real Madrid Be Willing To Sell?

The Spanish giants have no qualms about keeping high quality players on the bench, but if the player is not happy; they may willing to sell. Coach Rafa Benitez still has a frosty relationship with the Liverpool CEO Ian Ayre but he also has a massive soft spot for his old club. If he feels that the player is surplus to requirements then he may be happy for club president Florentino Pérez to negotiate a deal for his departure.

One thing is for sure, if the rumours of an Anfield switch are true; this could be the icing on the cake of what has been a decent transfer window for the Premier League side.