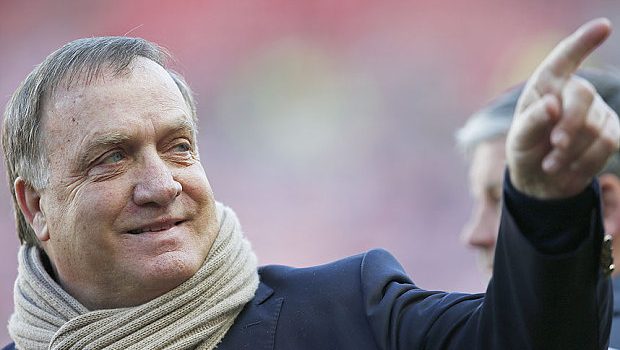 A shrewd, experienced and highly decorated manager, Dick Advocaat etched his name into Sunderland folklore last season as he steered the club to English Premier League safety in the season’s penultimate game.

The Dutchman was appointed on a temporary basis, replacing the sacked Guys Poyet and coaxing a series of determined, disciplined team performances from a squad that previously seemed destined for the drop.

Sunderland then managed to convince Advocaat to stay on for another season, despite the former Zenit Saint Petersburg boss announcing his retirement from coaching at the end of the campaign.

The 67 year-old – moved to tears when a scoreless draw away at Arsenal secured safety for his team last season – will now look to consolidate and bring much-needed stability to the club.

A divisive figure with a poor disciplinary record, Lee Cattermole nonetheless is the beating heart of this Sunderland squad. The midfield lynchpin is a ferocious competitor and his displays have endeared him to fans, even if he usually assumes the role of pantomime villain.

Having been at the club for over five years now, Cattermole will again be a central figure this season. Despite his aggression, the 27 year-old can be an intelligent distributor of the ball and at his best dictates tempo from deep in midfield.

Sunderland will need him to stay fit and avoid suspension if they are to avoid another relegation dogfight.

After three consecutive and miraculous escapes from relegation, Sunderland fans will be hoping their side make a bright start to the season, rather than leave things late again.

Advocaat’s biggest task will be motivating a team of journeyman footballers who are a dogged, organized unit at their best and a ragged, fragile collection of individuals at their worst.

The arrival of Netherlands international Jermain Lens from Dynamo Kiev is the biggest piece of business Sunderland have completed this summer. The 27 year-old is an exciting, quick winger with an excellent goal-scoring record at club level.

France midfielder Yann M’Vila also moves to the Stadium of Light, looking to resurrect a career that has stagnated in Russia. His power and physique should prove useful, while exciting Welsh full-back Adam Matthews has been signed from Celtic, where he enjoyed an impressive four-year spell.

At centre-back, reinforcements come in the form of Tottenham defender Younes Kaboul – a player blessed with potential, if he is able to stay fit – and Sebastian Coates, who makes his loan move from Liverpool permanent.

When they are at their best, Sunderland are an extremely difficult team to break down, particularly effective at playing on the break.

This quality is reflected by the five straight derby victories they have enjoyed over bitter rivals Newcastle United, as well as a handful of stunning away victories in recent Premier League seasons.

There also exist some interesting talents within the current squad, including Dutch defender Patrick van Aanholt – a revelation following his move from Chelsea last year – and England internationals Jack Rodwell and Adam Johnson.

A conspicuous lack of pace in defence, particularly at centre-back, has consistently been exploited by other Premier League teams and the arrivals of Kaboul and Coates doesn’t necessarily address the issue (particularly given the former’s fitness issues).

In midfield there is also a dearth of creativity, with Cattermole’s attacking instincts curtailed by his defensive duties. Last season Sunderland scored just 31 goals, with only relegated Burnley hitting the back of the net on fewer occasions. They also created the least amount of chances of any Premier League team (squawka.com).

Advocaat will also be weary of this team’s nasty habit of capitulating against beatable opposition: Sunderland can be excellent against some of the Premier League’s biggest teams, but far too often fail to deliver against fellow relegation stragglers and sides in mid-table.

If not for the presence of Advocaat, this season would be looking very dire indeed for Sunderland. Their lack of goal-scoring threat and pace at the back are severe handicaps in world football’s most fast-paced and physical domestic competition.

A slow start to the 2014/15 campaign could spell disaster for a club that has lived a charmed life in the top flight over the last three seasons.

Advocaat will need to call upon all of his experience as a manager to ward off complacency amongst his senior players.