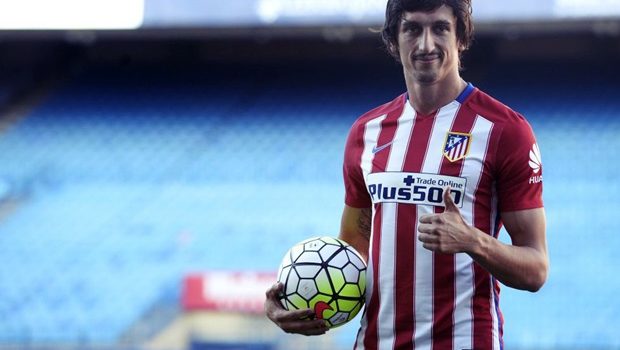 With the kick off of the new La Liga season looming, it is shaping up to be another intriguing year in the Spanish top-flight. Luis Enrique’s all-conquering Barcelona will be the team to beat after last season’s treble and they have strengthened, though find themselves hamstrung by the transfer ban that prohibits Arda Turan and Aleix Vidal from playing for their new club until January.

Under the new direction of Rafael Benitez, Real Madrid have had a quiet summer by their standards, signing Danilo from Porto and Kiko Casilla from Espanyol as Iker Casillas’s replacement, though a deal for Manchester United’s David De Gea still could go through.

Also looking to wrestle the title away from Catalonia will be Real’s city rivals Atletico who have undergone a clear-out after the disappointment of last term, spending £88 million and recouping £60m by signing 6 players and letting go of 8.

Clubs contesting the race for Europe have all been active in the market so the race for fourth looks set to be exciting once again but in a league where the gap between the haves and the have-nots is particularly striking, the onus is also on the cash-strapped clubs at the bottom to work the market effectively.

Here’s a run-down of some of the best deals in La Liga so far this summer;

Stoke have spent the summer crafting their image to suit something easier on the eye than what many onlookers have been accustomed to in their Premier League spell, but for the rousing arrivals of Ibrahim Afellay and Xherdan Shaqiri they may find the absence of the midfield steel that N’Zonzi provided to be damaging.

To further bolster a midfield that already houses the excellent Grzegorz Krychowiak, N’Zonzi brings energy and smart passing as well as his fearsome athleticism for a fee short of £10 million.

At the age of 26 and having missed just five Premier League games over the past three seasons, it is a bargain that even the most wily city trader would be proud of.

Like so many striking records that have been forged in the Eredivisie in Holland, Guidetti’s 20 goals in 23 games on loan for Feyenoord in the 2011-12 campaign has so far flattered to deceive as he found himself frozen out by City’s riches and has subsequently struggled in temporary spells at Celtic and Stoke.

Though now 23 and having starred in Sweden’s under-21 European Championship win this summer, Celta provide him with a chance to reinvigorate his club career.

Quick, instinctive and who can also create as well as finish off chances, Guidetti could be a shrew acquisition for coach Eduardo Berizzo as he looks to replace Santi Mina.

The Montenegrin centre-half struggled to establish himself in the Premier League with Manchester City in 2011-12 but has since developed into a fine defender in his three years in Florence.

Comfortable on the ball and a very gifted reader of the game, the 24 year old offers Diego Simeone something different to the committed brawn of Diego Godin and Cristian Rodriguez as he aims to replace Miranda, who moves on loan to Inter Milan.

The deal is facilitated by the move of Mario Suarez in the opposite direction, but Savic’s measured calm is a good asset for Simeone to compliment Godin and Rodriguez with.

In what looks at first sight as a one-last pay day before he sails off into the sunset kind of deal, it is worth remembering Van der Vaart is only 32 and can still produce the magic that bewitched so many top-level defenders in a career that has been oddly nomadic given his obvious talent.

Moving closer to his grandparents and once again given a shot at La Liga after exiting Real Madrid in acrimonious circumstances in 2010, it gives the player the chance to approach the end of his career on a high while giving newly-promoted Betis some star-quality.

The Dutchman will add craft and guile to Pepe Mel’s team as they aim to avoid the drop.

Though the campaign ended in relegation for Elche, Jonathas’s 14 goals made it a memorable one on an individual level. In fact, that haul nearly kept them up though they were sent down due to unpaid tax debts and the sale of their top scorer will help alleviate those financial problems.

Suitors included Scottish champions Celtic, West Bromwich Albion and even Chelsea but Real Sociedad, with David Moyes needing a striker after last year’s goal struggles, have won the race for the Brazilian.

Tall, powerful and an ice-cool finisher, he is able to lead the line by himself and is likely to thrive off the service from the new-look front-line that includes new signings David Concha and Armindo Bruma.