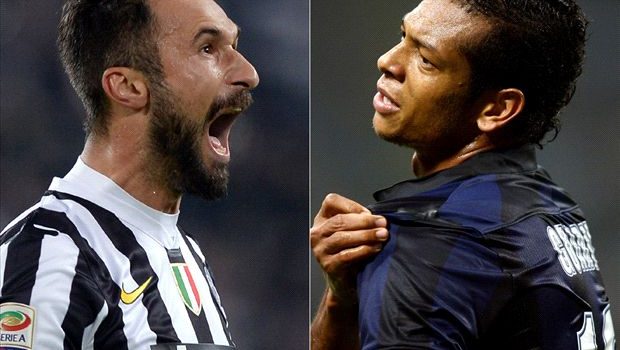 Erick Thohir has not had much to enjoy about his first few months as president of Inter Milan. After seizing control from Massimo Moratti in mid-November he has seen the Nerazurri win just once, a 1-0 victory in last month’s Milan derby. That has been the only victory in a run of 8 games that has seen Inter slip out of the top 4 and 11 points off Napoli who sit in the third and final Champions League qualification spot.

A toothless 1-1 draw with Chievo summoned Thohir into setting out a plan to reduce the average age of the squad in a project that will ease out the lasting members of the 2010 treble-winning squad.

“We have a clear project,” Thohir said,“we want to build a healthy club which is competitive, and this year is a transitional one. We are not starting from scratch; It’s the final year of a fantastic era. From next season, a new era will start.” In the same breath it was no surprise to hear the Indonesian businessman plead for patience as he sets the “project” into motion.

He will quickly learn that patience is a commodity that has to be earned and a slow moving transfer market, Thohir’s first since taking over the club, has attracted some concerns that the owner’s inactivity may be misguided. Fabio Capello, the former coach of rivals AC Milan, has empathised with Inter’s frustrations in the lack of new arrivals despite an obvious need for fresh faces.

“You think that, when a new president arrives at a big club, he could do something to strengthen the side,” Capello said. “Thohir’s not doing this, and that’s the truth. When you arrive at a club like Inter, you can’t say things like ‘it’s best to sell before buying.”

One of the players who are likely to make way before the spending commences is Fredy Guarin, the attacking midfielder who has been linked with Barcelona and Chelsea. “We cannot force a player to stay here when his heart is no longer fully with the club” was Thohir’s verdict on the Colombian who has scored 7 times in 56 matches since joining from Porto in 2011 and has chipped in with 4 assists this term.

Chelsea have been monitoring the situation closely for 6 months, even enquiring about Guarin, who has gone onto create 27 chances so far this season, back in the autumn. Manchester United and Southampton have also been linked with the 27 year old who Inter value at £15 million after a reported dispute over a wage increase pushed him closer to the exit door.

Surprisingly however, it is Juventus that has looked the most likely destination for Guarin as Thohir, sparked into action after Inter’s recent nosedive in form, approved the pursuit of Juve striker Mirko Vucinic to resolve the San Siro outfit’s recent struggles in attack. Mauro Icardi and Diego Milito have just 4 goals between them and 22 year old Ishak Belfodil is almost certain to depart on loan. That manager Walter Mazzarri has had to rely on Rodrigo Palacio, a reserved forward, for the main source of goals with 10, illustrates the scarcity of consistent scorers in the squad.

Yuto Nagatomo, the Japanese left-back, is the next top-scorer with 5. The technically gifted Vucinic, who has 21 goals in two and a half years in Turin, will no doubt add fire-power and a proven potency to a troubled forward line and Thohir, presented with an opportunity to offload the vexing and erratic Guarin, has entertained a part-exchange deal for the two attackers.

Despite the obvious logic, Inter Milan supporters were enraged at any possible deal involving the two players, releasing a statement that expressed their anger over the potential transfer and frustrations over Thohir’s early handling of the club.

“The move that is taking place at this time of one of the most important players of Inter to another Italian side is the straw that broke the camel’s back,” the statement read on their website, curvanordmilano.net. “Inter plays in Serie A and deserves a company fit for Serie A. To Mr. Thohir – we recommend you forget baseball, NFL, NBA or other things that are light-years away from our reality.”

On a value basis it does work out that Juventus will be getting a better part of the deal as Vucinic, 3 years older than Guarin, can be shipped out of Turin after seeing his progress stalled by the arrivals of Carlos Tevez and Fernando Llorente. The 30 year old has made just 4 league starts for the Old Lady this term and with time running out on any potential resale of the Montenegrin, Juve have recently showed a reluctance to loan him out to Arsenal preferring instead to negotiate a permanent deal.

In Guarin they would be acquiring a potential replacement for Paul Pogba, linked to PSG, or Claudio Marchisio should they sell one of their current midfielders, or even possess a player they can sell themselves, for profit, a year down the line. “It’s just Guarin to Juve is not acceptable at this current moment. A young player and technically good for one less so? All this leaves us puzzled”, vented the statement from the Curva Nord.

After the two clubs were locked in negotiations throughout Monday and Tuesday, no deal has come to fruition and it looked like Inter’s fan power has held sway as Thohir pulled the plug, admitting that the deal did not make sense.

“After speaking to my closest aides and exchanging views with Massimo Moratti and his son Angelomario this morning, I decided not to continue negotiations with Juventus,” read a statement from the Indonesian media magnate.”I felt it was not possible to reach an agreement on a deal in which the opinions of the two parties differed and which did not offer a clear financial or technical benefit to the club.”

It was always surprising that any deal for Vucinic, whose 30 years of age represents a contradiction to the long-term planning that Thohir is eager to put into practice, was initially mooted, especially in a deal that was balanced so strongly in Juventus’ favour financially. “I have already asked our sporting directors to evaluate other transfer opportunities that will enable us to strengthen the team in line with the financial parameters imposed by Financial Fair Play”

Thohir’s statement continued. “Again, I believe we must all remain united, the fans, the club and the team so that we can get back to the standing we all want for this club and that Inter deserve.” If he is to be granted time to deliver it, the Indonesian is quickly learning about the intense scrutiny in place at a club that is accustomed to extremely high expectation.

If he does not deliver it, he will discover the voices of Capello and the Curva Nord growing louder and louder.