Schalke: Review of The Royal Blues’ Season So Far 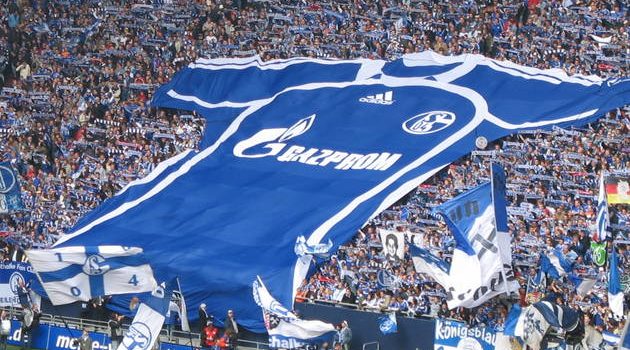 Schalke: Review of The Royal Blues’ Season So Far

After a great start to the Bundesliga season saw Schalke reach 2nd place behind leaders Bayern Munich, their form has drastically dropped over recent games. ‘The Royal Blues’ (Die Königsblauen) only suffered 1 defeat in their opening 9 games which included Huub Stevens’ team beating the current champions Borussia Dortmund in the Revierderby - arguably the most widespread and well-known rivalry in German football!

Even more impressive was the fact that the game was at Dortmund’s ground and was the first time Schalke had won the derby in nearly 3 years. This emphatic start to the season saw Schalke pick up an impressive 20 points from a possible 27 to sit comfortably in 2nd place in the Bundesliga.

Since then however, the team have only won 1 of their last 7 matches, picking up just 5 points out of a possible 21. Surprise defeats to Stuttgart, Hamburg and Hoffenheim, in addition to a defeat to fellow title hopefuls Leverkusen, have not helped Schalke’s cause.

This has seen the team drop from 2nd place down to 5th place, a massive 16 points behind Bayern Munich after Game Week 16. As every football fan knows, to win games your team needs to be strong in defence and clinical in attack. Schalke’s recent dip in form can be attributed to recent failings in both of these departments!

· Leaking more goals: In the opening 9 games, Schalke conceded an average 0.9 goals per game. In the most recent 7 games though, this has more than doubled to 2 goals per game.

· Failing to score goals: In the first 9 games, Schalke scored an average 2 goals per game. However in the last 7 games, this has nearly dropped by half to 1.1 goals per game.

Schalke are one of the most entertaining teams in the Bundesliga. Stevens favours a 4-2-3-1 formation which sees the team control games through possession and accurate passing, before using their pace to attack down the wings and play early through balls to the striker. In fact, only Bayern Munich average more possession per game and a more accurate pass rate per game than Schalke achieve.

Dutch Striker Klaas-Jan Huntelaar is the most high-profile of Schalke’s players. Despite only joining in 2010, he is the team’s 4th top goalscorer of all time and led the Bundesliga goalscoring charts last year with an impressive 29 goals in 34 games. Huntelaar has struggled to reproduce the goalscoring form of last season though as he has scored just 5 goals in 16 League starts this year. In the Champions League he has been more clinical, scoring 4 goals in 6 games. Whether he will be around after the January transfer window is the key question though, particularly as Arsenal are repeatedly being linked with a transfer for him.

Playing behind Huntelaar is 22 year old Lewis Holtby, who is one of the most promising prospects in European football at the moment. He plays as a central attacking midfielder and has featured in all of Schalke’s Bundesliga and Champions League games this season, in the process scoring 3 goals and creating 7. He was eligible to play for England (his father is English) until he was capped by Germany at the end of last season.

On either wing besides Holtby, Schalke play a combination of Jefferson Farfan, Ibrahim Afellay or Julian Draxler. Farfan has been one of the standout performers this season in the Bundesliga. He has scored 3 goals, created 4 for his teammates and has been awarded the Man of the Match on 4 occasions. Farfan provides more key passes (3.3 per game) than any other player in the league and provides the 2nd highest number of accurate crosses per game in the league (3 per game).

Dutch winger Afellay, who is on-loan from Barcelona, has also had a great start to the season. He has scored 2 goals but his main strength is his dribbling (averages 2.9 successful dribbles per game) and passing (averages a 90% pass success rate). Draxler is only 19 years old, but has recently been capped by Germany and has featured in the majority of Bundesliga games this season which demonstrates that he is a more than able alternative for Farfan and Afellay.

Affelay…. great start to the season.

One of the best signings of the season has to be Roman Neustadter. He joined Schalke on a free transfer from Borussia Monchengladbach in the summer and has become a key player for the team. He sets the tempo for the team, having made the 3rd most passes in the Bundesliga so far (average 66 passes per game) and has chipped in with 3 goals. His great form saw him win his 1st Germany cap in November.