Hamstring Injury: How Bad Can It Be? 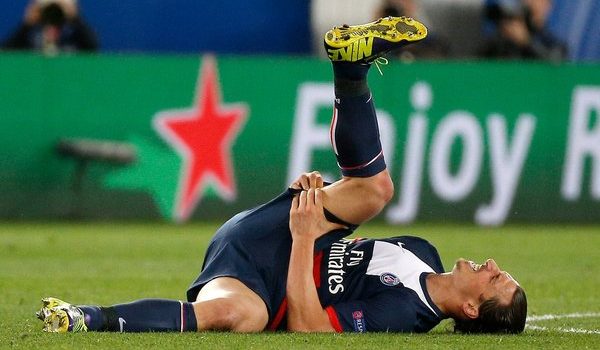 Hamstring Injury: How Bad Can It Be?

You were at the family picnic, having a fine time playing softball with the nieces and nephews and while running to first base - POW!  You felt a quick jolt of pain in the back of your leg which steadily increased, causing you to stumble about.  You had difficulty extending your knee.

You weren’t sure about what had hit you until your second cousin – the one with the medical background – confirmed that you had pulled a hamstring.  What steps do you take to recover? Can it get worse?

Hamstrings occur in quick-sprint sports like rugby, basketball, football (soccer), and yes, softball.  Your hamstring muscles – there are three in the series of muscles – stretch from your lower pelvis to the back of your shin bone.     They work to flex your knee and help move your thigh backward as you run.  Interestingly enough, you don’t really use the hamstrings very much when you are walking and even standing, but they go right into action when you run.

Symptoms of a pulled hamstring include pain at the back of the thigh which may often extend down into the foot.  Microscopic tears occurred when you were running to first base (When was the last time you actually sprinted?   Hamstrings can be caused by sudden bursts of speed.)

Treatment of the pulled hamstring starts with rest:  stop immediately.  You may need to get an icepack on it.  If it is severe, you’ll need medical attention, but if it is a minor strain you can get crutches to help you along, but the main thing is to give it some rest.  Should you wrap it?  Good idea, but use a compressive bandage – one that will tighten around your leg and limit your stretching movements so that you won’t do more damage.  Doctors like to use the acronym RICE:  Rest, Ice, Compression and Elevation.  If you follow these four steps, you’ll get along well in the healing process.

Will you need surgery?  Probably not – just a good amount of rest.  Of course, if the injury is severe, consult your physician.  However, if you ‘twinged’ the back of your thigh and are doing a bit of limping, time to set yourself down and prop your feet up.

Next time you’re out and ready to prove your athletic prowess, do some stretches for about five minutes. Drink plenty of fluids before and during the workout to prevent dehydration and muscle cramps.  Then pace yourself as you play.

Avoid sudden bursts of speed if you can help it, but by all means, get active and enjoy yourself.  Those muscles could use some careful workouts, so get a moderate running or stretching routine and prepare for the next family outing.