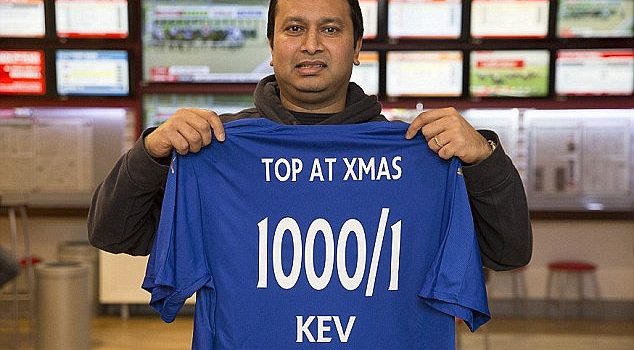 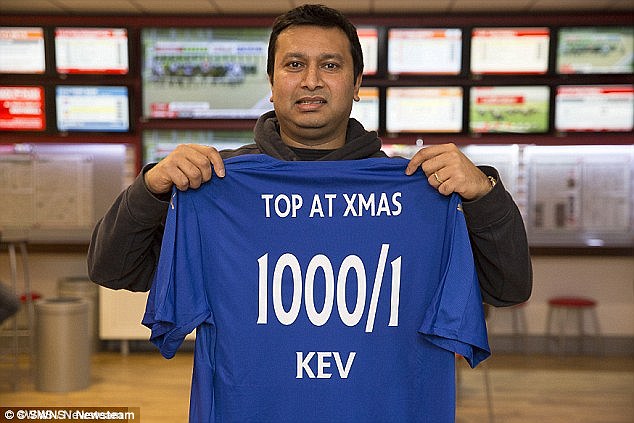 As we draw ever closer to the start of the new 2016-17 Premier League season, now is the perfect time to take a look at the title and relegation odds.

With the likes of Chelsea, Manchester City and Manchester United all boasting new managers this season, the upcoming Premier League campaign promises to be one of the most challenging in terms of how to bet on the English Premier League.

You would fully expect the Blues, City and United to have a huge say in the title race, as well as north London rivals Arsenal and Tottenham Hotspur to be there or thereabouts, and don’t rule out Jurgen Klopp’s Liverpool and maybe even Ronald Koeman’s Everton.

The real talk of the summer, however, has been on how champions Leicester City will fare. It’s no secret that the Foxes were 5,000/1 with Ladbrokes to win the league this time last year, they are now just 25/1 with the same bookie.

If you are feeling brave (or stupid), the best price you can get on them doing the unthinkable yet again and winning England’s top flight, is 90/1 with 888Sport.

Nonetheless, we just can’t see the Foxes doing it again, and even though Manchester City are much shorter odds than Claudio Ranieri’s men, we believe there’s more value in Bet365’s 5/2 for City to top the lot come next May.

The Citizens, who are now under the guidance of the popular and demanding Pep Guardiola, massively underachieved last season. The two-time PL champions ended up finishing fourth, level on points with rivals United, only snatching the final Champions League spot on goal difference in the end.

Arsene Wenger’s Gunners, who season after season seem to flatter to deceive, are coming in at 6/1 with most bookies – Antonio Conte’s Chelsea are the same price.

Meanwhile, the Red Devils, who have tasked former Blues boss Jose Mourinho as the man to bring Champions League football back to Old Trafford, are as short as 3/1 with BetVictor.

Fireworks at the bottom

It’s not only at the top of the division where we expect fireworks, though. The bottom of the English Premier League also promises to be a fascinating battle. Naturally, you would expect the three promoted sides to struggle.

Even more so Hull City, who are without a manager as the season draws nearer. In fact, the Tigers are currently 11/4 favourites with William Hill to finish bottom of the league.

The likes of Crystal Palace and Swansea City will need to buck their ideas up if they wish to avoid a relegation scrap this term, and it will be very interesting to see how Sunderland cope with David Moyes in charge.

Still, our pick of the bunch for relegation just has to be Watford. Although the Hornets are priced at 9/1 with Sky Bet to finish bottom, we can’t help but feel that five managers in under two years will come back to bite them at some point.

The recent departure of the popular Quique Sanchez Flores was farcical, and the sacking of Slavisa Jokanovic’s the year before was also extremely harsh.

The smart money here could be on Walter Mazzarri’s Watford to get relegated, which is priced at 9/4 with Coral.

Open race to the top and bottom

Just when you thought the Premier League could not get any better, we’ve been treated to three high-profile managerial changes, a number of world-class players are about to grace the promised land, and it could be one of the most open title and relegation battles we’ve ever seen!