The Mind of Conte: Why Zappacosta and Drinkwater are vital signings 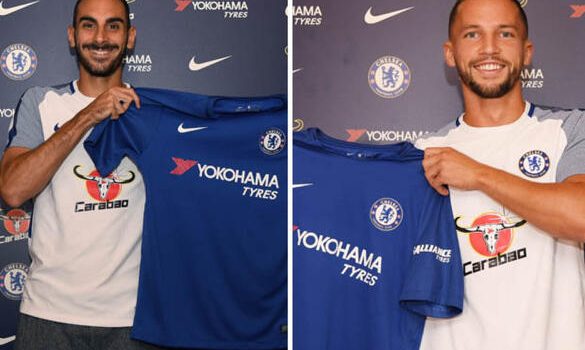 The Mind of Conte: Why Zappacosta and Drinkwater are vital signings

Drinkwater had teamed up with Kante at Leicester during the title-winning season of the Foxes two years back. The 27-year-old also has Champions League experience with the same club.

His well-refined passing skills and aggressive English style mid-fielding signifies a compatible addition in Blues midfield with a hope to achieve more consistent center-mid partnership than the current one.

Another signing, Zappacosta, adds richness to Chelsea’s wing-back position. The 25-year-old is full of stamina and energy and can steadily handle one-on-one challenges.

Not only are his defending qualities good but his quickness and perfect crossing from the wide-right position makes him well appropriate for Conte’s model winger who could make speeding attacking runs and can also threaten the opposition in one-on-one defending.

Yet, unfortunately Conte couldn’t score any major midfield player, such as Alex Sandro, who could be a substantial threat to opposition defences.

So, the current midfield squad is not robust or consistently stable especially when it comes to individual defenders or midfielders, except Kante, at least in their current form.

However, by having these signings, Drinkwater, Zappacosta, and Bakayoko, each with their own set of defending and attacking qualities, Conte has added depth to the midfield mainly to the vulnerable positions – right wing and center mid.

Besides, we can expect Kante and Drinkwater to build up a consistent partnership to ensure midfield solidity. This will be the best utilization of the Englishman rather than to have him just as the motto of adding an English player in Blues’ main squad.

Shift in defensive thinking and set-up

This doesn’t mean that individual skills are less important.

They clearly can’t be underrated, but working more and more on midfield cohesiveness and overall formation as a whole will greatly compensate for the lack of individual skills.

In fact, modern football is shifting from relying on individual defending skills to defending tactically which embraces aggressive pressing and the tactical defensive shape.

This approach is also compatible for attack-minded defenders with limited individual defending skills.

Thus, Conte has to work a lot on achieving a defensive organization of the midfield to make it work as an integrated unit which can not only adjust for players’ weaknesses but also make the best use of their strengths.

Good news, he is good as that as he already done so last season using the 3-4-3 set-up.

Now the main challenge for Conte is inadequate time, unlike last year, to work on building and practicing a tactically compatible formation and sub-formations especially when Chelsea will faces international competition.