Transfer Deadline Day: One of the Greatest Sport Shows on Earth 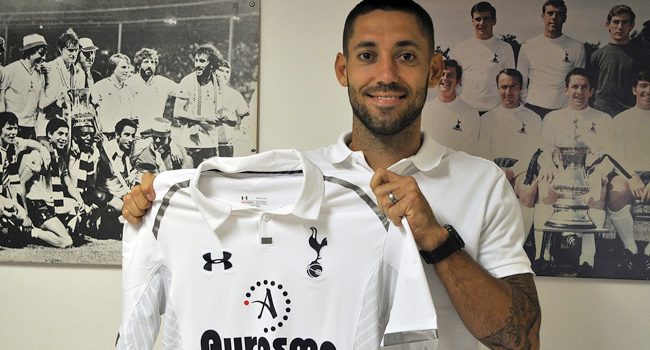 Transfer Deadline Day: One of the Greatest Sport Shows on Earth

The greatest shows in World Sport: The 100m Olympic Final; a World Cup Final and even a Rugby World Cup Final. Add the Premier League transfer deadline day to the list.

Panic buying, the rapid adjustment of plans or simply pre-planned deals that owners felt were better to complete just hours before the deadline - maybe for the sake of Sky Sports.

Whatever the reason for intakes and outgoings on the final day of this summer’s transfer market, it meant for a fascinating show which gripped the majority of the football nation.

Maybe not quite on the scale as an Olympic final, but it can’t be long before Jim White and co. are on a stage in Wembley giving viewers the last-minute deals in front of a packed stadium. The FA would probably be up for entertaining this, any chance is a good chance when it comes to ticket revenue.

Whether it was revamping an entire squad or adding the final players which could tip a teams season either way, clubs around Europe were frantically rushing to get deals done before the infamous 11pm, or 12am or 1am deadline.

Unless of course you are Alex Ferguson, who doesn’t get involved in the last-minute-mayhem, he could probably be seen yesterday afternoon on the 19th hole of a Carrington golf course. 110m was spent by Premier League Clubs yesterday, bringing the summer figure to 490m. That is just short on 2008’s record amount but then again the country is in recession.

Below is PitchSideTalk’s take on the last day of the transfer market. The highs, the lows and future predictions on the deals that were done.

Queens Park Rangers: A few more signings on the last day ended a summer in which QPR added eleven players to their reformed squad, and all for just £18m.

Despite the London club showing intent in the market all summer, their most influential day may have come on the last, with the biggest shock being the signing of Esteban Grenero from Real Madrid.

The Spanish International, 25, was part of Jose Mouriniho’s La Liga title-winning team last season and could have had a host of English Clubs interested in him.

With the additions they’ve made, Hughes will struggle to find an excuse if they fail this season - every team takes time to gel but they should be solid long term, a team destined to be a big club in London.

Tottenham Hotspur tend to take centre stage in the Transfer Deadline show, so much so that in previous years they have ignored the deadline and just made up their own rules.

However, with Harry Redknapp not operating at Chigwell anymore, many expected a quieter end to the summer. That was to be proved wrong and Levy Time once again prevailed.

Two huge signings for Spurs: The first, Hugo Lloris, France’s first choice goalkeeper and priced at £8m an absolute bargain. The second, the signing of Clint Dempsey, was maybe the biggest shock of the day.

The American playmaker was destined for Anfield before briefly heading to Villa Park and then finally it was announced Tottenham had hijacked any other offer. Spurs have spent big this summer and will feel Champions League is a must achievement for Andre Villas-Boas this season.

The Portuguese manager now has the attacking options that only Chelsea and the two Manchester Clubs can beat. No pressure then.

Best Deal: Dimitar Berbatov’s £4-million move to Fulham could well prove the deal of the year. No one would describe his time at Manchester United as consistent but the forward still notched 48 goals in just 108 appearances, many of which coming from the bench.

He will add class to a much depleted Fulham side after losing Clint Dempsey and Moussa Dembelle.

Losers: Whether Arsene Wenger was simply adopting Alex Ferguson’s policy or he was in fact begging those above him for money they weren’t prepared to spend, there was little activity around the Emirates on the last day and an insufficient amount over the entire summer.

Losing Robin van Persie seems destined to be the basis of debate over the next few months and only time will tell whether intakes Corzola, Podolski and Giroud can fill the void he left.

Check out more articles from his excellent side, Pitchside Talk